An epicurean sanctum from which to circumvent the retail mania that otherwise envelops Regent Street. The aptly named Sanctum Soho Hotel provides just such a place, begging the question …why contend with frenzied shoppers, tourists and rush hour commuter traffic, when you could wait it out over a Cognac and Cigar (or a champagne cocktail for the fairer sex), on your own private roof terrace?

Wondering how you missed this trick and got caught up in the rat race? …well they don’t exactly shout about it. After all, places like this are hard to come by, especially in the West End, so I dare say it is within the interests of those who frequent this bar to keep it on the down low.

Upon entering the hotel, a glistening white Christmas tree warms the dark masculine interior, whilst sumptuous red velvet seats denote the entrance to No.20 Restaurant on the right. A large three-panel Jimi Hendrix stain-glass flanks the left wall, which amongst other edgy artworks sets a pleasing tone that you would otherwise require a vintage valve-driven amp to reproduce.

Ahead of us lies a reception desk where I politely ask where we might find the bar. I am vaguely acknowledged and make out a murmuring with an upward gesture. Clearly in no hurry, the receptionist slowly makes his way from behind the desk with a key card; he uses this to summon the lift, which he then almost begrudgingly ushers us into. I do not get the feeling he is being rude, but rather sense he knows we are not hotel residents or locals and therefore is only granting us access as a formality …as if he is letting us in on something he would have otherwise sooner kept to himself. 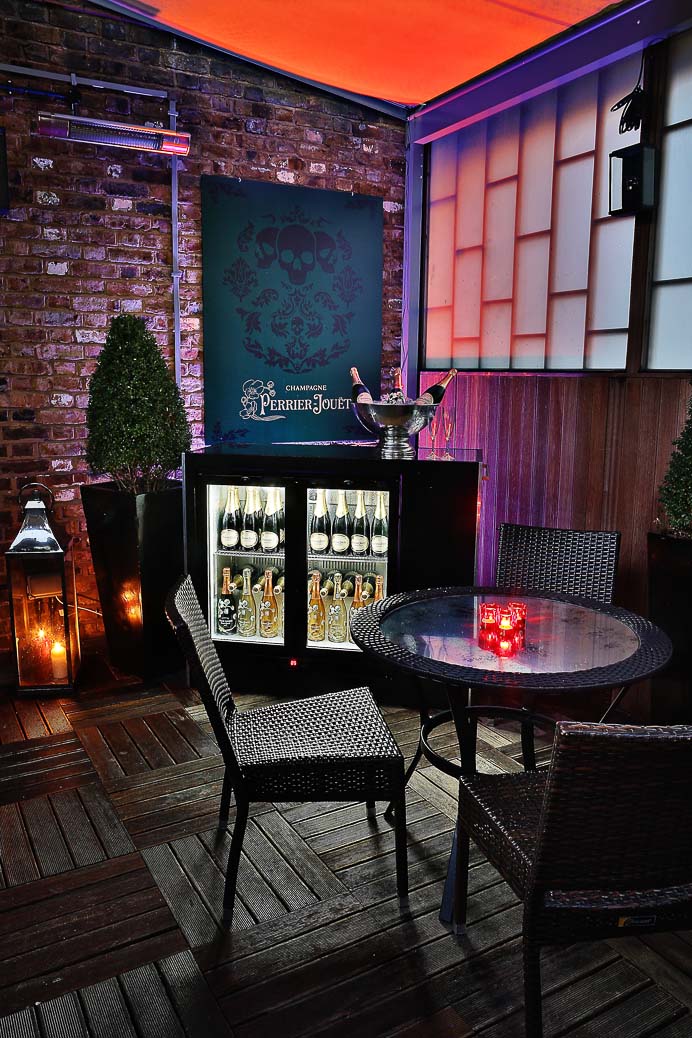 Arriving on what we assume would be the top-floor, it turns out there is an additional (steep) staircase to get to the roof terrace bar. As we open the door I get a distinct yet pleasant whiff of cigar smoke; the terrace is semi-covered, but serves us a refreshing dose of evening breeze, which perks us up. There is a scattering of 2-4 person tables, all taken by what would appear to be a mix of local finance and media professionals, with top shelf spirits evidently being their tipples of choice.

There are also further stairs leading to a Jacuzzi hot tub, but with no drunken Rock stars or bikini-clad babes in sight, the temperature was surely far too chilly for any sane individual to take the plunge. Double dare as we might, there was blatantly no way either of us were jumping in. 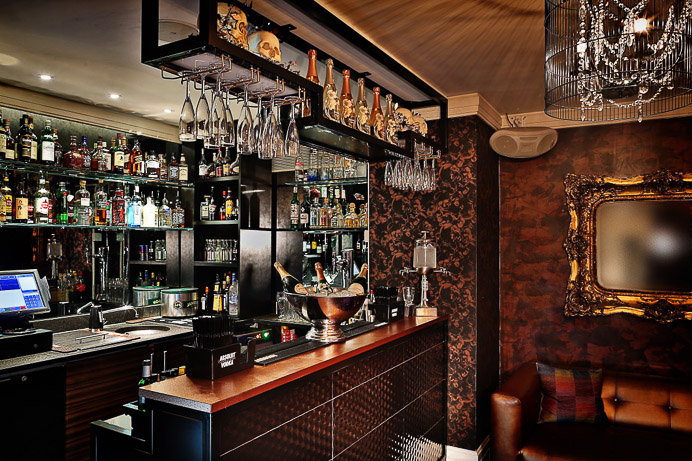 The second terrace was fully covered and led to the indoor bar. Both these areas screamed of Rock’n’Roll, with two giant speaker cabinet stacks on the far end of the terrace and sculls on top of the bar. This theme had the soundtrack to underpin it, with rock greats (new and old) defiantly taking centre stage.

The drinks menu combined a delectable full page array of champagne cocktails, all embracing the terrace’s tasteful partnership with Perrier-Jouët, plus for the gents there were full page listings of Whiskies, Cognacs, Rums and other top shelf specialties. Prices typically ranged from £10 to £180 connoisseur rarities. 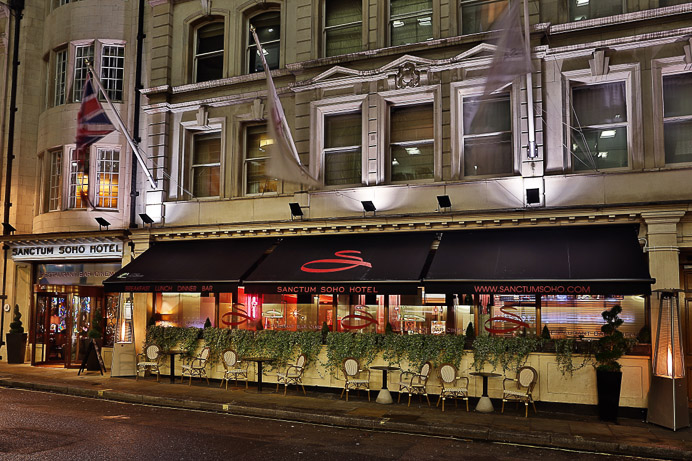 Despite its close proximity to Regent Street, the bar itself could not be any more discreet. What it lacks in passing trade, it clearly makes up for in Rock’n’Roll panache and one of those destinations where I would have rather kept it to myself.