“Piper Heidsieck is one of those brands that you never see flaunted as a sponsor, advertised on TV, or splashed across the pages of magazines, let alone name dropped in the latest Hip-Hop or R&B singles…. and all this is for the very obvious reason that quality sells itself.” 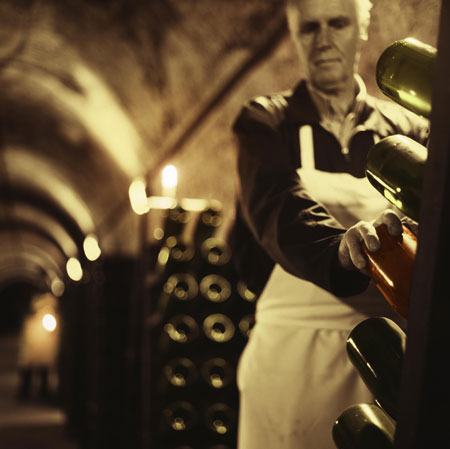 Both Rolls Royce and Maybach are exemplary champions of this ethos. maintaining their discreet approach and never aiming to market themselves to the masses (or at least not beyond that of dreams and aspirations for most of us). For this calibre of brand, it is always a case of ‘less is more’ in terms of marketing. Piper-Heidsieck are very much party to this same mindset, and although not the common name in Bars, Clubs or Supermarket Shelves, it is frequently ‘the’ champagne of choice for those in the know, and always a firm favourite for private dining.

Also of note, whilst Louis Roederer Cristal and Moët & Chandon have had the mis-fortune of being continuously name-dropped in Hip-Hop & R&B tracks, Veuve Clicquot seem to have adorned themselves with the title of being the Polo scene’s champagne (mainly through their choice of advertising and sponsorship). The only ties that can be found with Piper-Heidsieck is its Sponsorship of Cannes Film Festival and being the champagne of choice for Marilyn Monroe and Royalty…. which is really not a bad thing for a brand in the slightest.

Whilst we have recently been honoured with the opportunity to visit the Piper-Heidsieck Vineyards in Champagne and to explore their history (and most certainly their cellars) in greater depth in the coming months, just to wet your appetite, I personally had the privilege of meeting up with Christian Holthausen, the resident expert for the House of Charles and Piper-Heidseick whilst he was in London recently, and amidst having a general chat and catch-up, ended up getting a bit carried away with a few bottles of champagne in the process.

Sometimes it is just one of those afternoons, when you fortunately don’t have much in the diary (or at least that can’t wait), there’s great weather, conversation is flowing effortlessly and you just know it will have to be a champagne affair ….well this was just such an occasion. Now when the person you are chatting with happens to also be an ambassador for Piper-Heidsieck, then you don’t just settle for a flute of house champagne, so what better way to get involved than to pop the cork on a bottle of 2002 Piper-Heidsieck Cuvée Rare. Now regardless of how seemingly insignificant an afternoon may have otherwise been, popping a bottle of fine champagne always has the instantly gratifying effect of creating an immediate sense of occasion… and nothing could sum this feeling up better than the jubilance of savouring this particular fine champagne.

To the eye, it is a relatively discreet sparkling pale gold, as to be expected, but on the nose a vivacious floral burst of honeysuckle, iris and jasmine, with notes of minerals and elegant dancing aromas of oriental fragrances such as subtle herbal teas and honey. This champagne is about as radiant and refined as they come, with feather-like delicacy that just begs one to indulge…. and that is exactly what we did.

As if we weren’t content with this extravagance alone (at a shelf RRP of £160.00 and a bar price that I daren’t mention) ….as we continued ranting away, already feeling slightly giddy with the bubbles (maybe that was just me), I started to quiz Christian about the full process of making champagne, which I would have been happy to share with you if I could remember the precise methodology, but more interestingly this did lead us to the very interesting topic of how champagne houses manage to maintain consistencies across their range and namely their standard benchmark ranges. So inevitably (almost as if I had planned it), we then obviously had to sample a bottle of the Piper-Heidsieck’s signature Cuvée Brut, which although only retailing for around £30 a bottle may seem like a backward step, actually in many respects (as their most popular champagne), it probably says more about their brand than all their Vintages put together.

Whilst I do not like to pigeonhole any products, I would instantly a liken the Cuvée Brut to that of a classic Bollinger, with those typically more fruity notes of pear and apple. When compared with the 2002 Rare, it is as if the bright fresh high notes of the champagne now have a gentle harmony accompanying them in the bass clef with a warm toastiness. The palate is lively and fresh, but with more mature notes of pineapple, nutmeg, white pepper and oriental zest.

With conversation now firmly revolving around Piper-Heidsieck, we soon moved on to the topic of Rose variants and whether it is just a pretty drink for girls and camp men, or whether there was a little more to it than that. Well, there was surely only one way to find out, so time for another bottle and this time it was the Rosé Sauvage Champagne….

As someone who hasn’t really drunk much Rosé before, I have to say that I was pleasantly surprised. It is bold and contemporary with a playfully elegant nose of fresh red fruit (notably Morello cherries). Notions of mandarin and even grapefruit combine with hints of cinnamon and figs. The palate is one of vibrant exuberant and warm with aromas of red plums, clementines and blood orange with just a touch of pistachio. The colour is obtained in accordance with the strict regulations of the Champagne region, through a significantly higher proportion of Pinot Noir vinified as red wine before being added to the blend. The magic is not complete until a further 24 months of of aging in the cellars.

Anyway, as much as one can describe a champagne by its unique taste, let us not forget about the sensation. In part derived from our mental associative with celebration and perhaps also a mixture of its luxury price tag and the fun of popping the cork, champagne always as this unique ability to seemingly conjure up that sense of occasion anytime. It never really feels as if you are drunk, but rather elegantly tipsy…. anyway, that is exactly how I felt after parting way with Christian in London’s St James Street, and what a marvelous afternoon!