Elvis Presley, Coco Chanel, Bob Dylan and Audrey Hepburn knew how to live well. Aside from basking in fame and fortune, they all at one time or another lived in a hotel. From Hotel Chelsea in London to the old school glamour hotspot of the Algonquin Hotel in New York, these famous names couldn’t resist the opulence, lifestyle and prestige that living alongside a hotel affords.

There has been a dynamic and increasingly popular shift of late seeing property developers partnering with luxury hotel brands to create their own branded residences built adjacent to and serviced by 5* star hotels. One such development is Aman Villas at Amanzoe, which is offering the ultimate in luxury living and preparing to welcome its first residents, this spring. 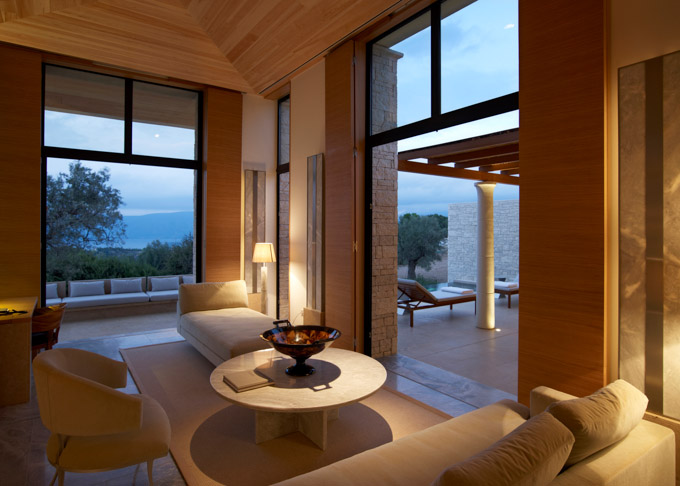 The lifestyle at Amanzoe, which accompanies owning one of Greece’s finest villas, is un-paralleled.  Owners can expect exceptional levels of service and attention to detail from the dedicated onsite services and concierge team. The Amanzoe resort, which neighbours the villas, opened in August 2012, and assures residents the chance to escape the stresses of ordinary life and indulge in the tranquility and luxury of this exclusive peninsula. Whether residents prefer starting their day with a yoga class, a dip in the tranquil waters of a private beach or an invigorating pre-breakfast boat trip on the resort’s private WallyOne, no ask is too large for the experienced team of staff on hand around the clock.

The high level of interest in the Aman Villas at Amanzoe, is attributable not only to the resort’s consummate amenities and striking location in the Peloponnese, known as the ‘Hamptons of Greece’, but also to the meticulous attention to detail, which architect Ed Tuttle has paid to the design. Echoes of authentic Greek oeuvres can be found throughout the residences, subtly interspersed with cutting edge technology to deliver modern styling of the highest calibre.

We are delighted to have received such compelling reviews and continuous interest in the resort. The number of villa sales to date is testament to both the strength of the Aman brand and the exceptional offering for those seeking the ultimate holiday branded villa in the Mediterranean. 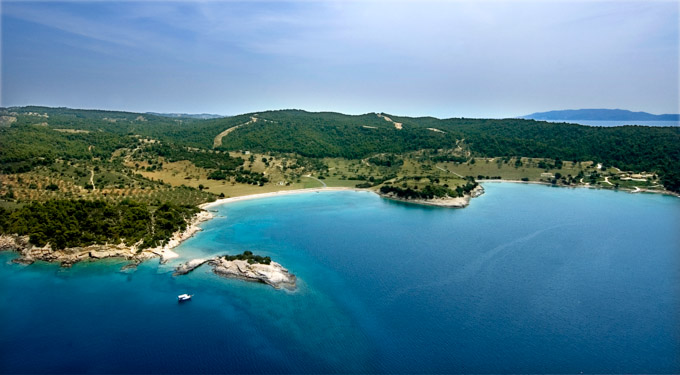 This resort is the ideal spot from which to explore the chic and peaceful natural harbour of Porto Heli, which over the last 30 years has evolved, into one of the most upscale second home destinations in Greece. Within easy reach of Athens, residents can be at their villa in less than half an hour by using the resort’s private helicopter or two-hours in the chauffer driven limousine.

For as long as can be remembered, Greece has been a country synonymous with authenticity, breathtaking vistas and the ultimate enviable lifestyle. Aman Villas at Amanzoe enhances this reputation, priding itself on offering bespoke villas and an endless list of amenities to provide the epitome of luxury living.  This is a destination which should be on the map of all those seeking a slice of luxury Grecian life.

Plots at Amanzoe start at €3 million for a two bedroom villa, for further information visit http://amanvillasph.com/