Melbourne has given the go-ahead for the futuristic skyscraper Australia 108 which, when finished, will be the highest tower in the Southern Hemisphere.

Situated on Southbank Boulevard, surrounded by the city’s restaurants and entertainments,  the impressive structure will have 108 floors reaching a height of 388m. The project has been designed by the architecture firm Fender Katsalidis who have already gained fame for Melbourne’s iconic Eureka Tower which was completed in 2006. Australia 108 is due to be completed in 2018 and its design looks set to totally change the skyline of the city thanks not only to its imposing height but also the unique star design of the summit which has been  inspired by the country’s flag. 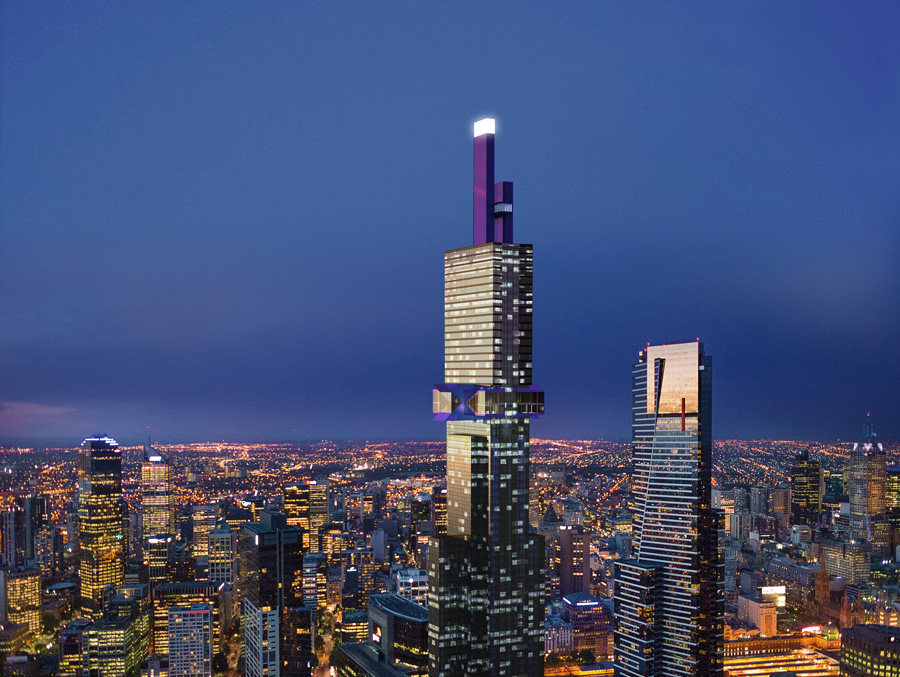 The tower will offer 646 luxury apartments for sale as well as a six star hotel comprised of 288 exclusive rooms. The lower floors will host shops and offices as well as a café and a market selling fresh produce. As well as owning a piece of prime Melbourne real estate with fabulous view across the city, apartment owners will also gain use of the exclusive services of the hotel which include two restaurants, two bars, swimming pool and spa.

Properties for sale in building include studio apartments, 3-bedroom homes and personalized penthouses on the upper floors. Added amenities include security systems throughout the building as well as a 24-hour concierge service. 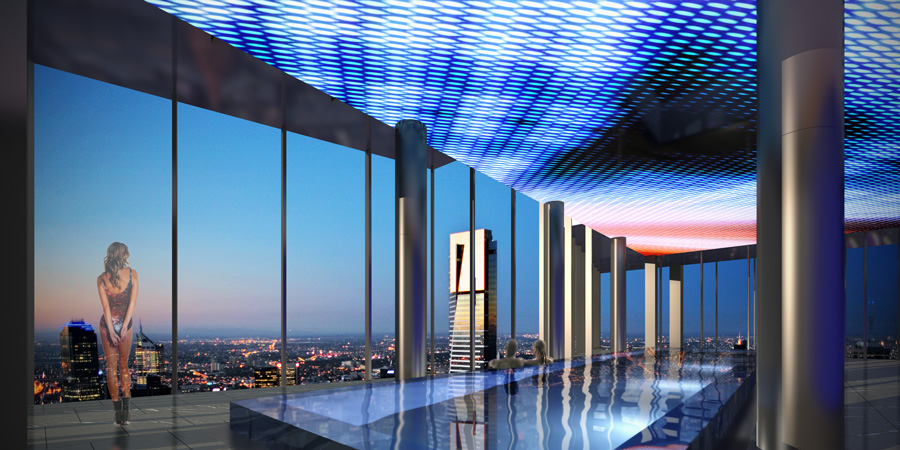 The impressive summit of the tower will also be open to the public thanks to a panoramic observation room. The top floor, level 108, looks set to become the hottest meeting spot in the city  thanks to the tower’s fabulous Star Bar, a glass room suspended between two columns which will form the upper part of the structure and will afford unrivalled views over Melbourne.