Milan’s eagerly anticipated Bosco Verticale (Vertical Forest) is expected to be completed by the end of this year and although the concept of urban vegetation is not new, this is the first time it will be carried out on such a large and ambitious scale.

Part of the Porta Nuova redevelopment project, the construction is located in the city’s historic Isola neighbourhood and is formed by two exclusive residential towers, 112m (376ft) and 76m (249ft), which were begun in 2009. Last June saw the start of the final phase of the project which will see the planting of almost 2.5 acres of ‘forest ‘ with 900 trees, 11,000 plants and 5,000 flowering shrubs being placed on interlocking ledges and balconies along the façades of the towers. Each species of plant and tree has been carefully selected for its specific functions and characteristics, while also taking into consideration its eventual position and exposure on the building. 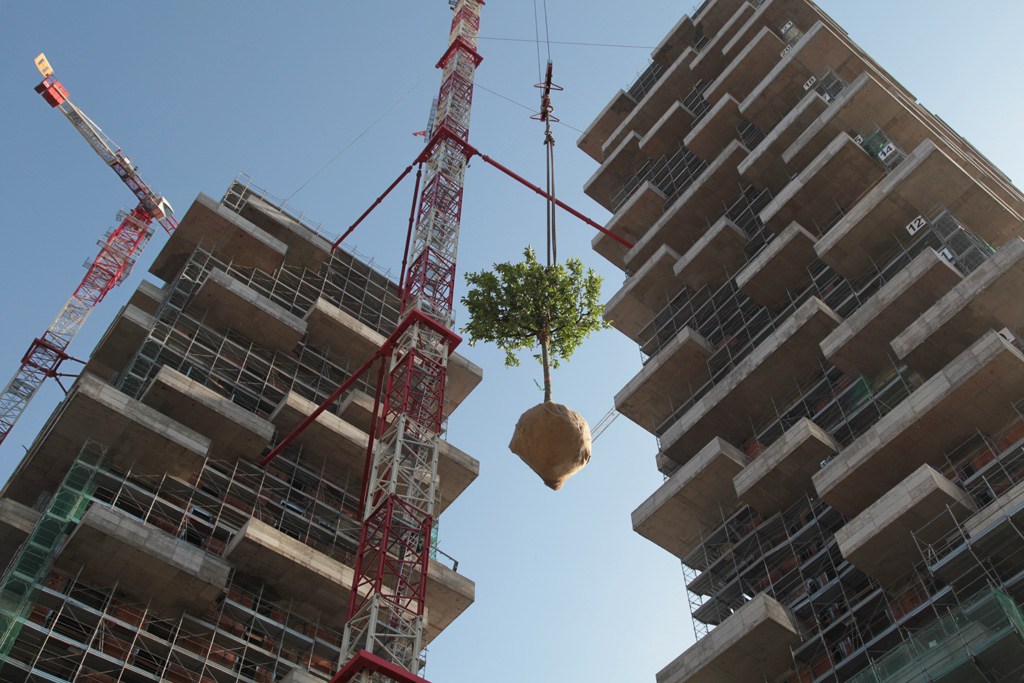 When completed the towers will be totally auto-sufficient thanks to solar panels, wind power and an extensive greywater recycling system which will irrigate the forest. In turn, the vegetation will absorb CO2 and dust, produce oxygen and contribute to the climate regulation of Milan all while dramatically saving energy. Residents of the apartment units will effectively live within the forest which will provide the homes both shade and protection from noise pollution creating high-quality living spaces. Property buyers who want to purchase one of the luxury apartments and live inside this fabulous urban forest can expect to pay between €665,000 and €2 million, depending on the size of the apartment. The residences are due for completion by the end of 2013.

Milan has long been suffering from pollution and congestion due to its extensive urbanisation and lack of open green spaces. To avoid building further into the countryside, architect Stefano Boeri came up with the concept of a vertical forest (if the residential units were individual houses it would have required a total of 50,000sqm of land and 10,000sqm of woodland to achieve the same result). The Bosco Verticale is part of Studio Boeri’s BioMilano project which aims to reintroduce vegetation into Italy’s design capital. Further plans include the creation of a green belt around the city as well as the restoration of 60 abandoned farms located in the outskirts of the city for community use.