CRN is celebrating its 50th anniversary this year as a luxury yacht builder. Part of the Ferretti Group since 1999, CRN specialises in the manufacture of bespoke mega yachts between 40 and 90 metres long. These boats are customised completely to the client’s specifications and sometimes even their wildest whims with swimming pools, aquariums, private decks with private helipads, sound-proof bedrooms, private hair salons, hammams … as an in-house team of architects and designers tap into the latest technology to make it happen. 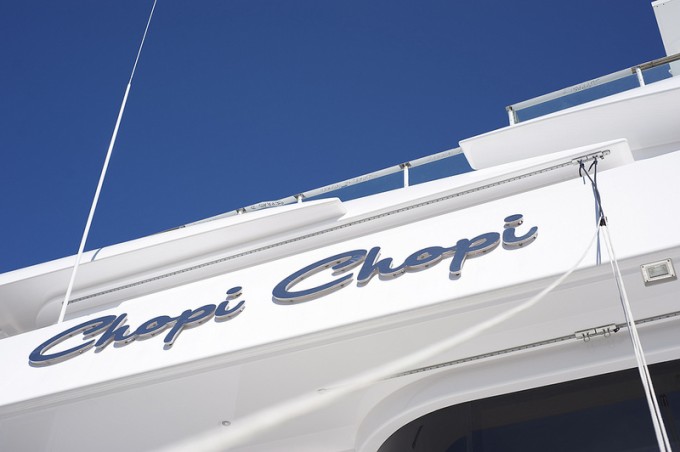 2013 is also the year that CRN is to complete its largest yacht to date, the €80 million Chopi Chopi. At 80 metres long, it’s one of the biggest in the history of Italy. Currently, the yacht is still in the shipyard having its interiors fitted. Docked alongside it is the 60 metre J’Ade. A little nearer to completion, it is to be delivered to its owner at the end of this month. Both Chopi Chopi and J’Ade have been purchased by the same individual, a Middle Eastern billionaire with a penchant not only for big boats but oversized art as well. According to CRN brand manager Luca Boldrini, part of the remit of Chopi Chopi is to house works from the owner’s collection of Botero sculptures. 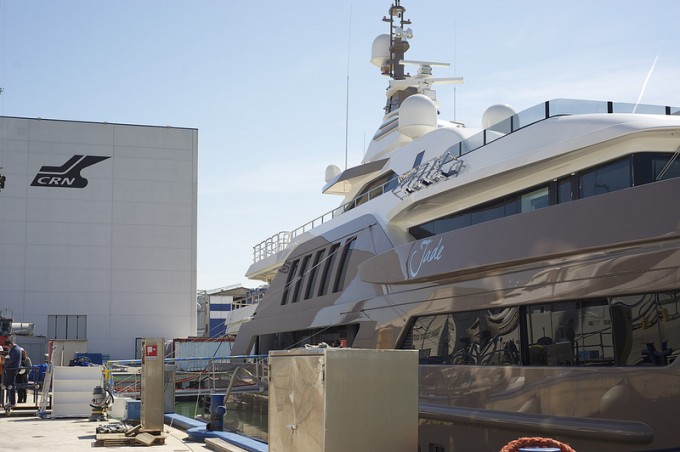 The CRN shipyard is located on the Marche coast in the otherwise unassumingly modest town of Ancona. Eight vessels are under construction there this year – a rather high number for any luxury yacht builder and a good indicator of how CRN has been able to grow yacht by yacht to become a major player in the industry. 60% of CRN’s clients come from referrals (the rest from boat shows or via a brokerage). One in five buyers return to CRN to buy another yacht.

CRN plan to present the 80 metre Chopi Chopi and its 60 metre sister ship, J’Ade, at the Monaco Boat Show this September.