Nine Elms on the South Bank, number one in Planning Magazine’s Top 100 Regeneration Projects, is the Greatest Transformational Story in the World’s Greatest City.

Covering 195 hectares of central London real estate, the area sits directly south of Westminster, between Lambeth Bridge and Chelsea Bridge, including the Albert Embankment, Vauxhall town centre and a large slice of industrial Battersea. The majority of this vast area is now being redeveloped in a coordinated delivery programme which covers more than 25 interconnected investment sites. A £15billion investment programme is underway at a remarkable pace and will turn this little known area into a prominent central London destination. 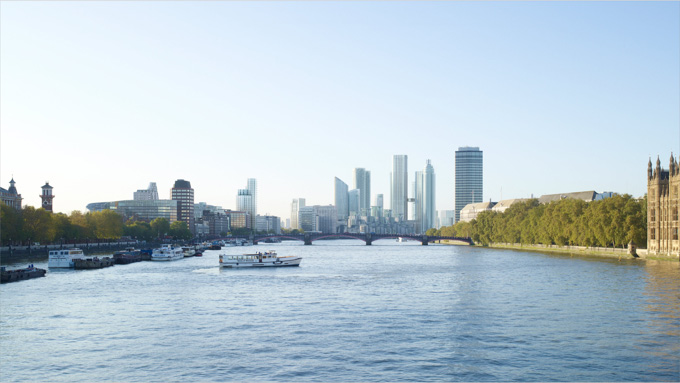 With around 16,000 new homes, Nine Elms on the South Bank will be a fantastic place to live. Major residential schemes include Riverlight by St James and Embassy Gardens by Ballymore – both located on Nine Elms Lane. A new group of tall buildings is planned at Vauxhall including One Nine Elms, Europe’s highest residential tower. An extension of the Northern Line to Battersea, expansion of the Barclays Cycle Hire Scheme a new bridge across the Thames to Westminster will improve the accessibility of the area and support the new residences. 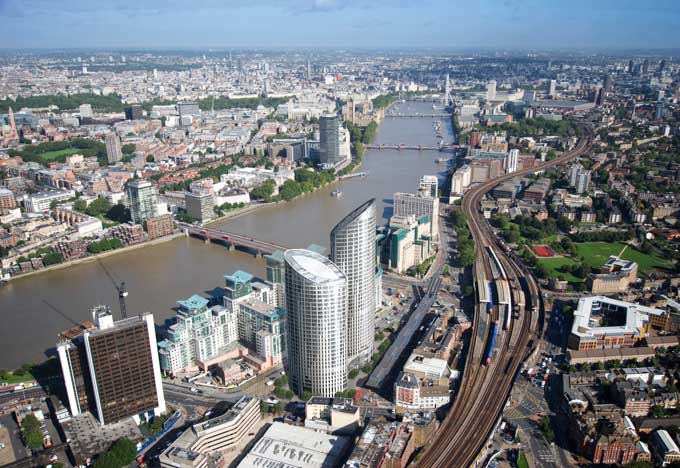 There is also a network of parks and public squares planned which will create more green spaces and connect the different site to unite the area. This has been encouraged by a recent competition by RIBA and the Landscape Institute to create a new identity for the area in and around Vauxhall. This area has previously been dubbed the ‘Missing Link’ which refers to the area between the new US Embassy and London’s South Bank. Designs were judged on a number of criteria including opportunities for green intervention, inventiveness, viability and complimenting of existing developments. The competition attracted visualisations from professional architects, landscape designers and students from regions including China, the USA, Guatemala, Australia, Mexico, the Philippines, Italy, Spain and Serbia. The shortlist had a month to develop their designs before presenting back to the panel and Erect Architecture were announced as winners at the beginning of June.

Other plans in the area include the redevelopment of New Covent Garden Market, the UK’s largest wholesale fresh produce market which will become a brand new public marketplace called the “Garden Heart” and a major new attraction on the London visitor circuit. Immediately next-door, the old Mail Centre will be transformed into a new residential neighbourhood including a new primary school. 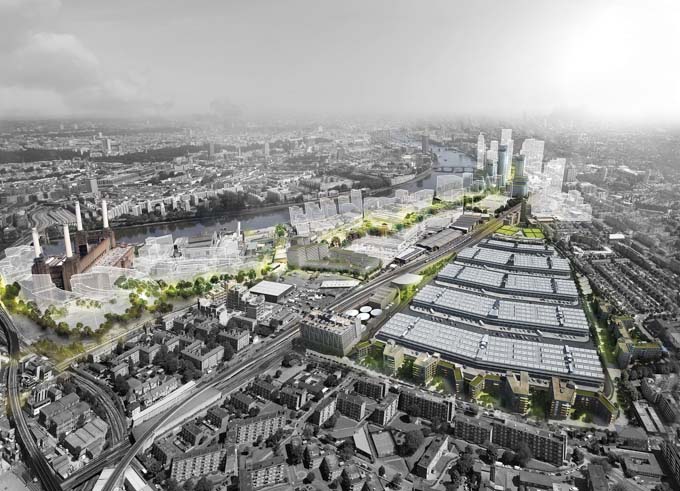 The sale of Battersea Power Station has been a crucial driver for the Nine Elms project. The site has an approved development plan and determined owners. Phase one residential units are selling fast and the full construction programme begins later this year where a new town centre and commercial hub will take shape. We can now look ahead to this much loved London landmark becoming a new town centre for the Nine Elms district.

We have some of the world’s most well respected architects delivering exceptional new buildings that work together to create a completely new central London district. Add in the infrastructure changes and you have the greatest transformational story for central London.