The RC44 World Championship Regatta 2012 finals took place earlier this month on Croatia’s Istrian peninsula – for the second year running – in the picturesque city of Rovinj, just off the Adriatic coast. Our resident seafarer Yashmin Ismail flew over to catch a piece of the action. 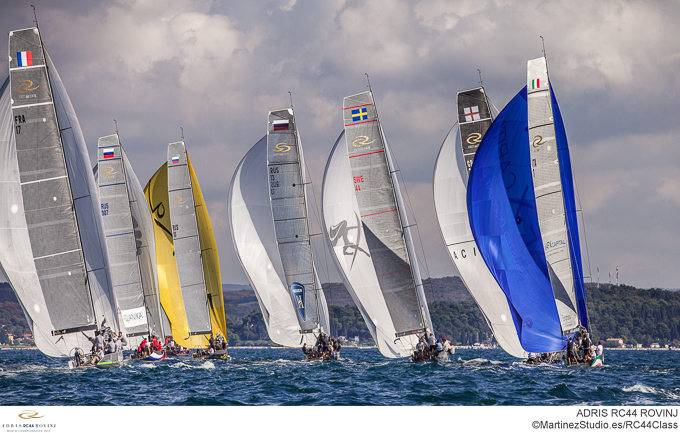 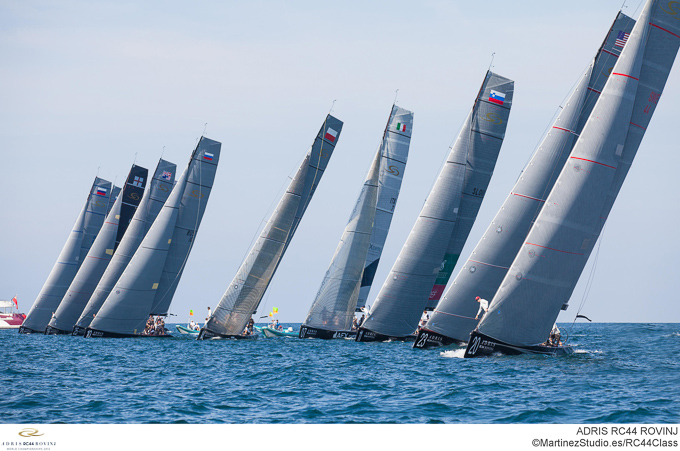 Fifteen teams from ten countries battled it out over five events in five countries for three major titles: the RC44 World Championship Tour, Match Racing Tour and Fleet Racing Tour Champion. After launching in 2007, this event has gone from strength to strength, and has become one of the most respected events in the international yacht racing circuit.

Reading like a who’s who, the distinguished participant list includes America’s Cup legends, international business leaders, Olympic champions and round-the-world stalwarts. With a strict 50/50 split between amateurs and professional sailors within each eight-person crew, the tour brings together superpowers from the worlds of both sailing and global business, to enable amateur sailors to race alongside the biggest names in sport, on thoroughbred one-design racing machines. Amateur owners take the wheel for the fleet racing while the professional skippers takeover the reins during the match racing. 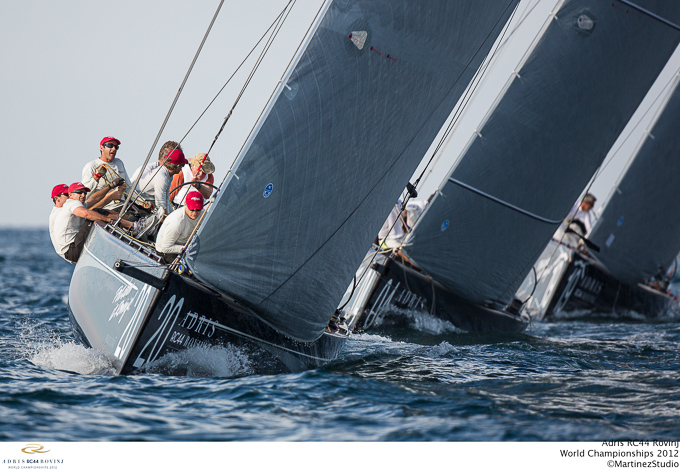 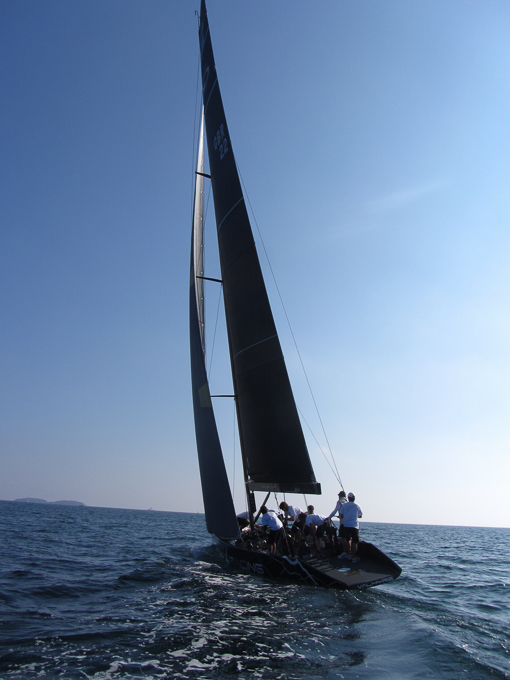 These identical forty-four foot carbon fibre  displacement vessels cut through water like a knife due to their innovative cutting-edge design, and distinct weight advantage; they can be sailed just as easily in lighter winds.

The 2012 tour began in February in Puerto Calero, Lanzarote, followed by Cascais, Portugal in March, then Gmunden, Austria in May. Marstrand, Sweden was the penultimate venue in July. The World Series is always held at the planets most renowned sailing venues where a decent breeze is almost guaranteed. Host venues usually comprise of a mix of mountain inland lakes and ocean sailing.

This year Russian team Synergy took the match racing title; a first for owner Valentin Zavadnikov and American tactician Ed Baird. French team Aleph came in at a close second. Match racing is on-going throughout the RC44 season, taking place on the first day of each regatta. 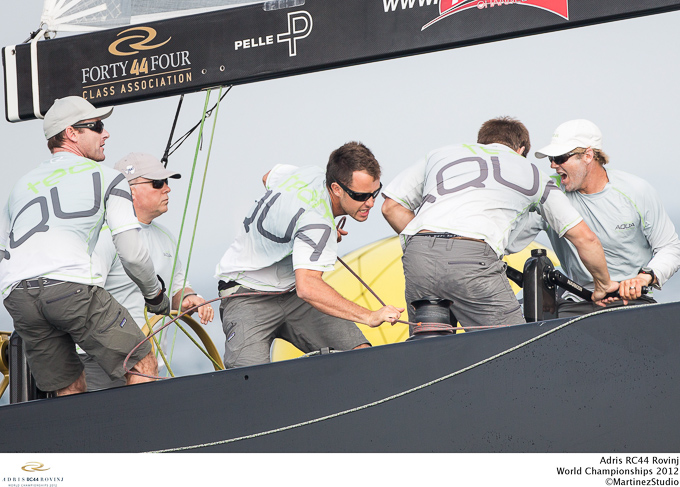 Last year’s fleet racing winners and Class veterans Team Aqua, dominated the leader board this year, only to lose the World Championship title to their British counterparts Peninsula Petroleum. 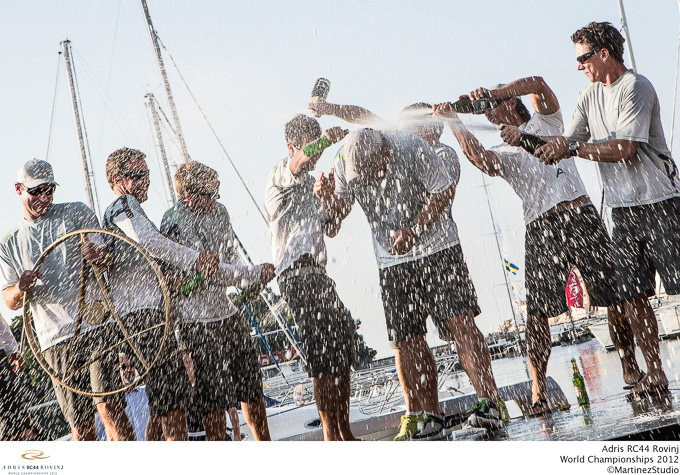 They retain their season championship title but had intended to defend their World title and be the first back-to-back season winner in the Class. Under owner Chris Bake and pro skipper, New Zealander Cameron Appleton (2000 America’s cup winner and 2010 RC44 Match Race Champion), Aqua had enjoyed a strong opening this year, leading with the Puerto Calero and Sweden Cups. After claiming the first race in Rovinj and holding a nine-point lead going into the final day, they almost had it in the bag, only to have the title stolen by fellow Brits Peninsula Petroleum, by a margin of three points.

The performance of team Aqua – one of the oldest teams in the Class – has been so consistent this season that their worst regatta has been a fourth place. They were Fleet Racing Champions during the launch year of the Class and had secured last year’s win with a race to spare. There is speculation that the light conditions may have had something to do with the unexpected result, given that the more experienced crew might have fared better in windy waters. 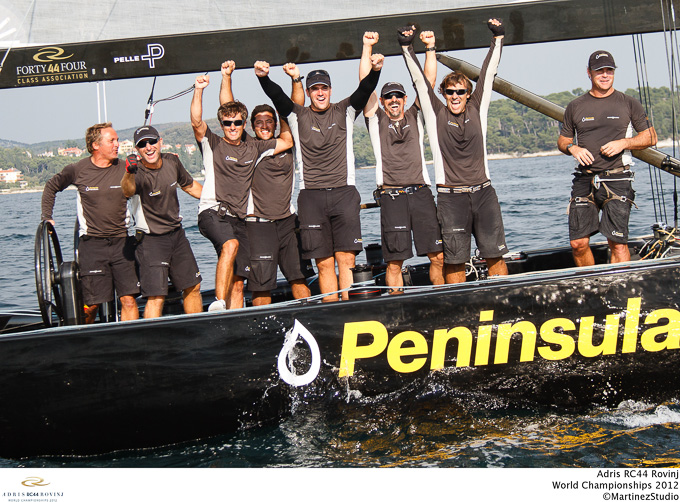 A first for John Bassadone’s team, who were largely “fighting at the back of the pack.” Peninsula Petroleum’s wave of good fortune seemed to have come out of nowhere when they scored three wins on the penultimate day, followed by line honours in the first two races on the final day, which was enough to secure them the World title. After just two seasons in the Class, and coming fourth place last year, the result came as a surprise for the Brits. “It is such a tight, competitive class that just 3m can mean the difference between first and 10th,” gushed Bassadone.

Regardless of the ups and downs of the leader board, the weather managed to remain consistent, with light winds throughout the showdown, of 6-8 knots, combined with warm sunshine. 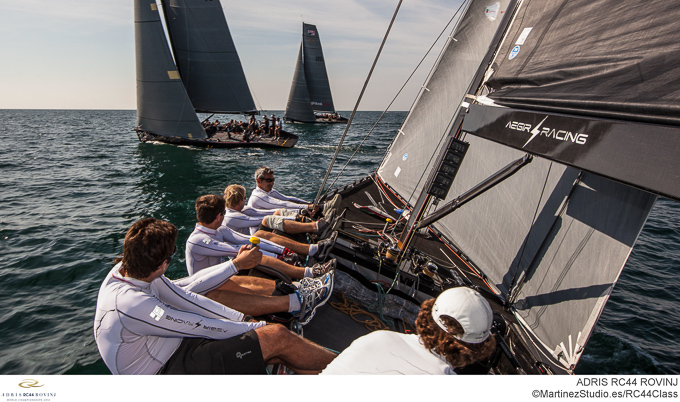 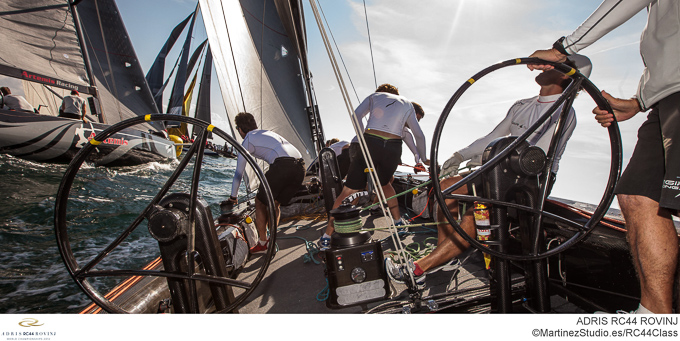 On the second day, I took pole position as the ninth member of Aqua’s team GB, after being one of the privileged few to be invited to participate. This once-in-a-lifetime experience was both exhilarating and unnerving – particularly for a fledgling sailor. Feeling every inch of movement, of the crew, wind and waves, while seeing a world class team in action, was quite incredible. Guests must tack with the team in order to stay afloat. I witnessed another guest being flung off German team AEZ’s boat during a triple collision the following day. The wife of AEZ’s tactician Markus Wieser was flung off by a rogue sail pole, but she managed to return to shore unscathed, albeit a bit rattled.

To complement the sights and thrills of the day, guests also enjoyed exceptional aesthetics and entertainment by night as well. Conveniently hosted at the nearby hotel Lone, Croatia’s first Design hotel (of exclusive lifestyle brand, Design Hotels AG), guests were treated to the likes of 2Cellos and other world class acts, and the wine and champagne kept flowing throughout the evenings. 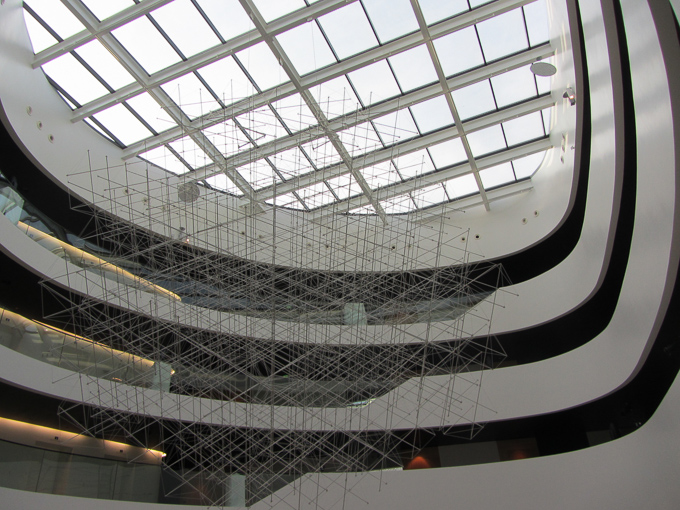 Situated in the centuries-old Zlatni Rat Forest Park, a coastal reserve on the Istrian peninsula, the contemporary take on its classic 1970s predecessors was built in 2011. The stunning white Y-shaped building resembles an ocean liner from the outside and is reminiscent of the Guggenheim museum, New York, as soon as you walk into the statuesque six-storey lobby. Under lead architect Silvije Novak, this project was realised by an all-star team at Croatian architectural studio 3LHD. 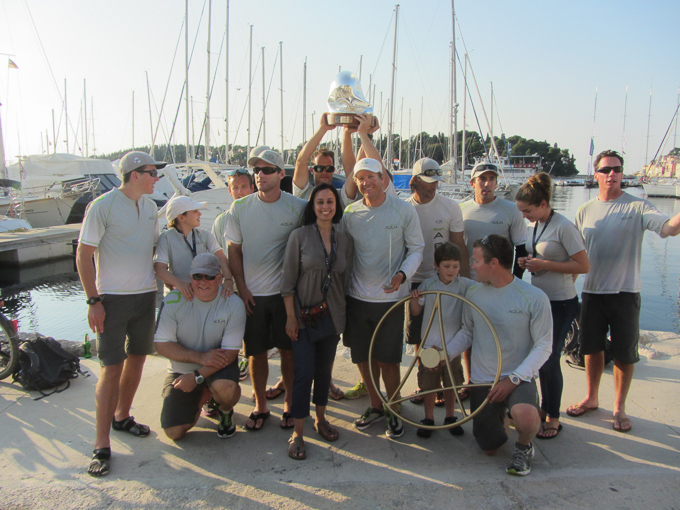 The 2013 RC44 Championship begins in February, at the new venue for the Class, Oman, when the titans will begin battling it out all over again for those coveted titles; team Aqua will no doubt be returning with a vengeance to retrieve theirs.