Venice is renowned around the world for its historical architecture and rich heritage . But 90-year-old French designer Pierre Cardin has been causing waves of controversy with his new project for a futuristic skyscraper which looks set to bring La Serenissima into the 21st century.

The Palais Lumière, or Palace of Light, is a daring attempt to construct a 250m, 66 storey, futuristic tower which will house luxury apartments, offices, shops and other facilities. Designed to represent three flower stems, the skyscraper is formed by three towers of differing heights held together by six discs, placed at 35m intervals. The buildings will be completely eco-friendly and employ solar, wind and geothermic energy.

However the €2 billion project has been strongly opposed by many, including Italian heritage society, Italia Nostra, which insists that the avant-garde building will ruin the landscape and disrespect the history and culture of the city. There are also safety issues regarding both the instability of the lagoon and the height of the tower; the proximity of the airport dictates that the building should not exceed 140m in height. 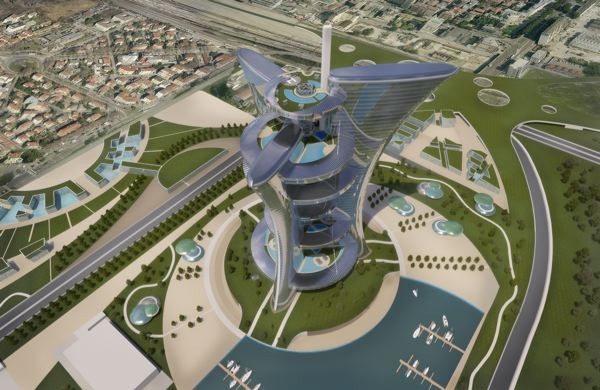 Despite these concerns, the project does have its supporters, namely city mayor, Giorgio Orsoni, who maintains that in the past Venice has always been considered a hub of innovative art, design  and architecture and that Cardin’s tower will simply continue a long tradition of creative development.

The intended site of the tower is the industrial zone on the mainland between Mestre and Porta Marghera, an area characterized by its abandoned and disused factories which could benefit from the pre-construction clean-up operation. The building will also provide many jobs and introduce a new form of modern industry aside from the city’s more common profile as a tourist destination

The most recent development has been an agreement with the Consorzio Promovetro di Murano which will ensure that all glassware used for the project will hail from the island of Murano , centre of the Venetian glass industry for over 1000 years. Valued at an estimated €20 million, this agreement could go a long way to relaunch interest in the work of certified local artisans as well as guarantee much-needed commercial exposure.

The project is still awaiting final approval and the delays could ruin Cardin’s initial plan  to finish the construction in time for the Milan Expo in 2015. However the indefatigable Frenchman has no intentions of slowing down; he is already planning to build a replica of the Palais Lumière in China. 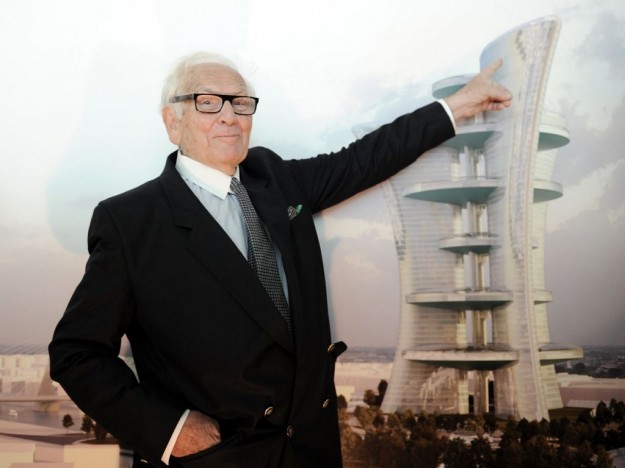