The 20/21 British Art Fair 2011, the only fair specialising exclusively in modern and contemporary British art, will take place at Royal College of Art, Kensington Gore, London SW7, from the 14th to 18th September 2011

Below are a selection of the many pieces to be exhibited as of tomorrow. You can find further details here: www.osbornesamuel.com

Six Forms on a Circle by Barbara Hepworth, 1967
Polished Bronze 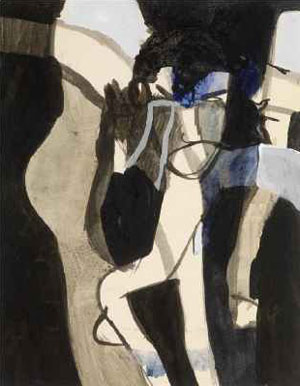 Vaughan’s Linear Group achieves a satisfying balance between descriptive figuration and formal abstraction since his imagery operates successfully on both levels. He never considered himself to be an abstract painter and wrote in his journal in January 1954: “Abstraction seems the way out for most other painters. But I cannot regard it as a solution. The language of “pure” form is too subjective.”

Perhaps Vaughan’s greatest accomplishment as a painter was to fuse together, in a single arrangement, both figurative and abstract qualities and some of his finest paintings possess qualities of observed realism and a formulaic conception. Linear Group admirably synthesises these two seemingly opposing elements, as both a portrait head and various figure silhouettes are simultaneously superimposed into a single composition of interpenetrating realities. 47 x 37 cms P.O.A. 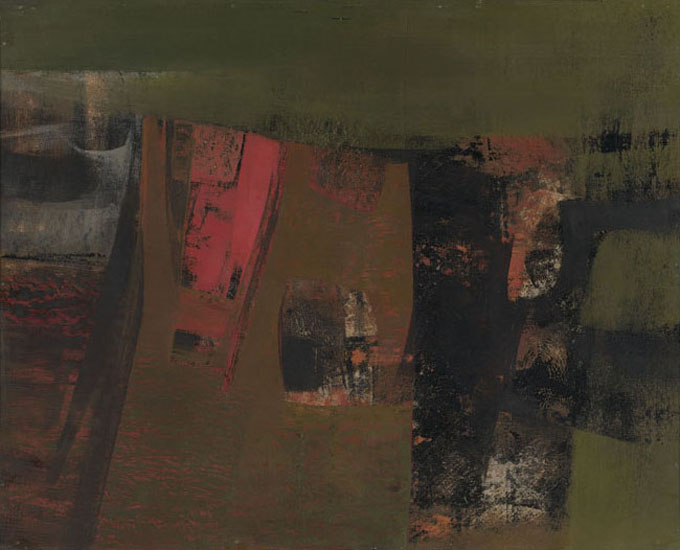 Levant Zawn by Alexander Mackenzie, 1960
Oil on board

In common with most progressive painters working in the Cornish art colony of St Ives during the 1950s and beyond Mackenzie impregnated his austere and streamlined landscape abstractions with glimpses of experienced places around the West Penwith peninsula. Liverpool-born and trained, Mackenzie arrived in St Ives in 1951, becoming a leading member of the modernist Penwith Society of Arts soon after where he developed the texturally explicit and rhythmically delineated painting style that became his own. A Zawn is a steep canyon in a cliffside. 59.8 x 65 cms P.O.A. 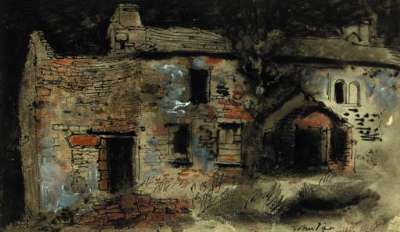 Gibbs Hall by John Piper, 1942
Brush and ink on paper

Signed and inscribed lower right John Piper Gibbs Hall  pen, brush, black ink and crayon heightened with white.
Piper visited Cumbria and the Yorkshire Dales in the summer of 1942 and painted this picturesque ruin, a building which can still be seen. Another view by the artist is in the collection of the Atkinson Art Gallery in Southport. 12.7 x 21.5 cms 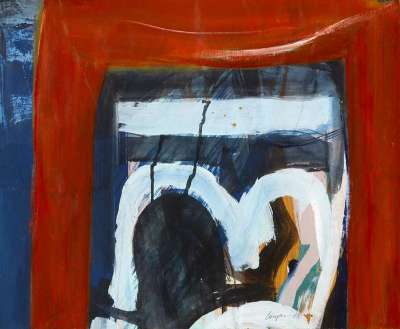 Untitled by Peter Lanyon, 1963
Oil and mixed media on paper

Lanyon spent two months in early 1963 as a visiting painter at the San Antonio Art Institute in Texas. The environmental osmosis that always soaked into the artist’s highly impressionable imagination yielded a small body of work at this late stage in the Cornish artist’s career, reflecting travels in the South-West of the United States and Mexico. Like the celebrated Eagle Pass, 1963, Untitled, a largish breezy gouache, has an autobiographic ring; complementing the glider subjects Lanyon began an iconographic ‘fling’ with automobilia. 49.75 x 61.2 cms P.O.A.