The iconic New York skyline will welcome a new addition in early 2016 when Rafael Viñoly’s futuristic tower is set for completion. Located at 432 Park Avenue, in the heart of bustling Manhattan, the structure will hit the dizzying height of 426m (1,398 feet) making it the tallest building in the city by roof height, although the antenna of the new One World Trade Center, which is due to be finished this year, will overtake it with a height of 541m (1,776 feet).

The Viñoly construction stands on the site of the historic Hotel Drake which was purchased by famed developer Harry Macklowe in 2006 for an estimated $440 million. Macklowe demolished the hotel in 2007 making it the most valuable development site in New York; costs that will almost certainly be regained once the structure is completed. In fact, the spectacular 760 sqm, six bedroomed penthouse located on the 95th floor can be yours for a cool $85 million. 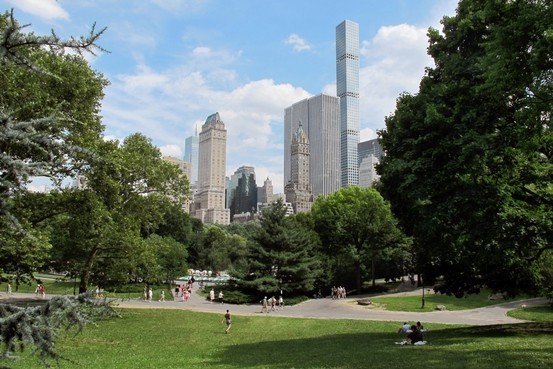 Alongside the penthouse there are also plans for 147 prestigious homes. Starting on the 34th floor, the apartments will be decorated throughout with white marble and will afford magnificent views over the Big Apple thanks to high ceilings and enormous windows.

The aim of 432 Park Avenue is surely to steal the thunder from the One57 skyscraper which has been under construction since 2009 and is expected to be finished this year. With its 135 luxury apartments, One57 was, until recently, considered the highest and most prestigious residential tower in the city However, with a height of ‘just’ 306m (1,004 feet) it will be dwarfed by the Park Avenue construction which is set to offer some of the most desirable real estate in New York. 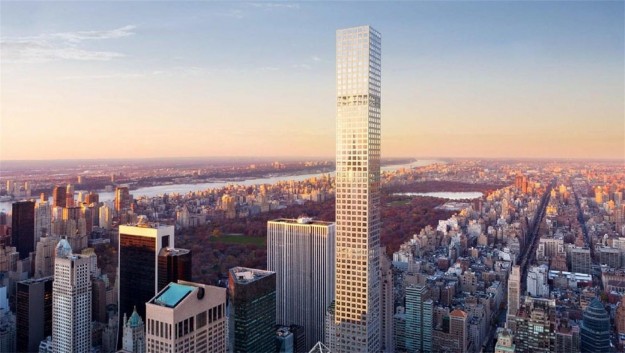