You may not already be familiar with The Santa Maria Foundation, but once you are, they are not easily forgotten. This relatively new but rapidly growing Colombian based charity helps support abandoned and orphaned young girls and those deemed to be at ‘high risk’. The charity aims to protect and nurture the girls in all of their needs by providing education as well as offering a sense of security and belonging at a time when it is most crucially needed. They firmly believe in “helping children who are unable to help themselves”, implementing arts as therapy to restore self-esteem amongst pupils who are emotionally damaged and may struggle with conventional teaching. I met up with two of the trustees to find out a little bit more about the charity and how it all came about.

Peter Mowland is the president and founder of the charity, playing a crucial role holding the reins to its future progression. Growing up as an orphan with little close family, Peter can relate more than anyone to what these young Colombian girls are going through. Having run a successful business for many years over various countries, he has now taken semi-retirement, leaving room for the charity to be the main focus in his life. He is firmly committed to making the Santa Maria Foundation well known, “I want people to see the logo, see the name, and instantly know who we are and what we do”. Meeting with Peter, you can really see his passion for the charity and his protectiveness of the girls. Peter currently pays the administration costs in order to ensure that 100% of donations goes to the children, as the charity is only in its early stages and not yet receiving enough donations to take care of things, however this is a small price to pay for what is to come. Peter truly believes in finding ways to ‘give back’ to the underprivileged saying he “doesn’t want to die with an overflowing bank account and for no one to gain from it.” 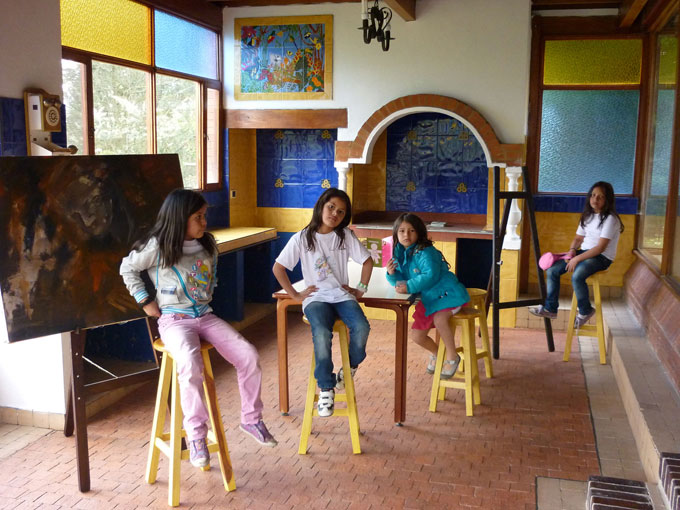 Lady Yomara Rodriguez Cardenas, the co-founder of the charity is a well-educated Colombian national, having studied International Business at Cambridge and Barcelona. She comes from a family with a long tradition in charitable work, who have devoted a lot of time and money to orphanages in Colombia. Lady and Peter met at a seminar in London when Lady’s job as a wealth manager in an Irish country was coming to an end, a very special case of being at ‘the right place at the right time’ that would be the beginning of something extraordinary. The pair discovered their mutual interest in orphaned and vulnerable children and this is where the journey commenced. It was this moment that the Santa Maria Foundation was born, the start of its earnest journey in 2008.

Lady and Peter embarked upon a trip to Colombia together with intentions of setting up an orphanage. However, after engaging in research and conversations with many locals as well as authoritarians, they realised that they didn’t have sufficient infrastructure to build an orphanage. After visiting many orphanages in their research, they realised what was really needed was a school for deprived children. Colombia represented a worthy cause due to the shockingly high orphan rate. Statistics show that there are five times more abandoned girls than boys, and that 4 out of 5 of all reports of sexual abuse incidents in Colombia are of people under the age of eighteen and 84% are female hence the focus on it being a ‘women’s charity’. Therefore, this would not be any school, but something way above what would ordinarily be seen in Colombia, something special. They obtained all necessary government and legal permissions as well as building a stable local support group of like-minded people, prepared to give up their time and love without personal financial gain to enable it all to happen.

The Santa Maria School has now been open for nine months. It caters for young girls between the ages of four to twelve. The children are picked up on a bus from various schools at 3pm, then they have lessons and are provided with dinner at the Santa Maria School until 7pm when they are dropped back to their orphanages. The school is purposely out in the country, away from city life. The school has around fifty to sixty pupils, which is likely to double in the near future. It has a very strong focus on the classics, offering courses in classical music, fine arts, languages and historic and classical literature. This was done intentionally to offer the young girls a unique opportunity that they wouldn’t ordinarily get in their country, with many Colombian children only just reaching primary school education. The school seeks to open young girls eyes to a world they might not have otherwise seen. They firmly believe that “Every child has the ability to flourish in society, notwithstanding the origins of their birth”. 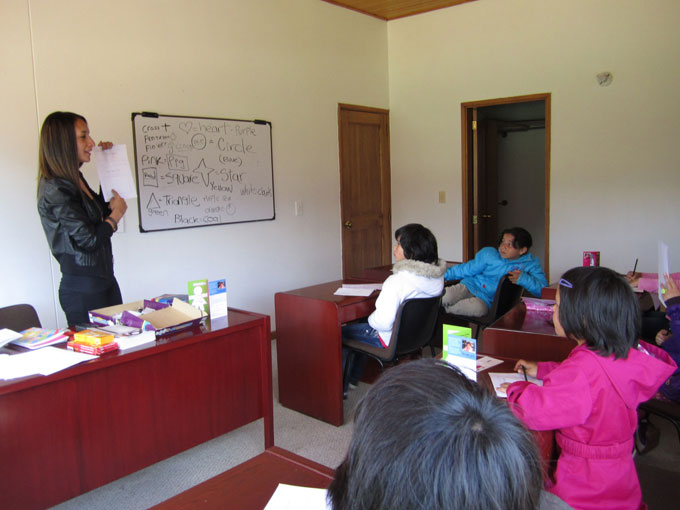 Lady continues to visit Colombia for four months each year to acquire research and help run the school satisfactorily, while Peter deals with more of the charity from London. Together their foreseeable goal is to continually build awareness of the charity and its purpose. This, they are achieving through fundraising events; one of which I recently attended was a night at the famous London nightclub Boujis. All the money raised on the night went straight to Colombia, whilst the good turn out of people meant for lots of new connections to be affiliated with the brand. The next big event is set to be a triathlon consisting of three squads, the elite, the fit and the fun, so anyone is welcome and three of the gym’s very own personal trainers are already on board and keen to help organise. Other future fundraising events in the pipeline are a movie premiere and a barbeque. All of these innovative ideas will raise money averaging out at £3,00-£4,000 per event based on previous experience, which is sadly only enough to help the school function for a month but hopefully by raising awareness of the charity these fundraisers and donations will grow and grow.

The longer-term goals are to get this school to its full capacity and to make sure every individual girl who is a part of it feels a strong sense of security. Once that is possible, the next big aim is to open a technical college, to teach the girls more practical skills for the real world of work such as being a seamstress or a chef. But for now all I urge is for you to spread the word of Santa Maria Foundation, make it known and help the girls. Your money bring these abandoned and vulnerable children, a well equipped centre of learning where the teachers of Santa Maria will take care not only of their education but also their emotional needs, embracing the academic, cultural and physiological aspects of their upbringing, as well as passing on to them the higher values in life of common courtesy, good manners and resourcefulness in whatever their chosen path in life may be.