“In a uniquely minimalist and truly understated manner, Spencer Hart has seemingly redefined British tailoring for the Modern Man.“

It was actually on a recent shopping trip to London’s Selfridges where I first became mesmerised by the exquisite brilliance of Savile Row newbie Spencer Hart.

I succinctly recall having scoured the majority of London’s West End, with a close friend who was looking to purchase a suit for his wedding. It was near the end of a tirelessly long day and literally nothing had ticked any of his boxes. Upon reaching the Spencer Hart department at Selfridges… “There it was!” It simply oozed such style, that it created that sense of occasion without having to shout it.

Spencer Hart suits in essence, elude to a more dynamic and younger spirit, with delicate cutting and intricate tailoring, resulting in a calibre of crispness so sharp it shuns the establishment. What really puts his name on the map (other than being based on London’s Savile Row), is the way he manages to gracefully squeeze in between his competitors. He has in a sense, eloquently utilised traditional couture, within a modern context. It is not to say that he has taken it beyond the norm, such as visionary peers Ozwald Boateng, Lanvin or Avi Rossini. His unique style is so subtle that it is on the double take that you find yourself captivated, exploring the finite detail and beauty of his creations. 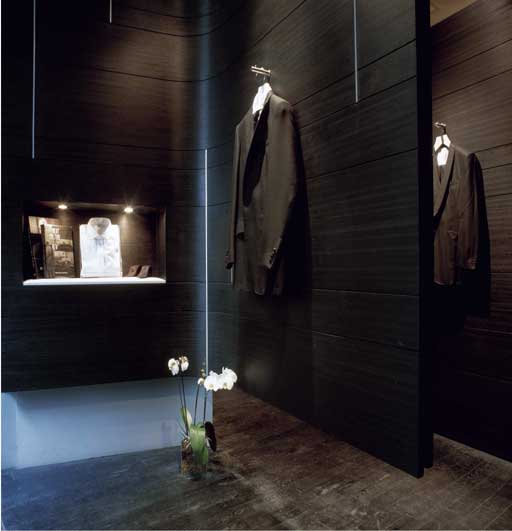 I can honestly say with all sincerity that I have never been so taken a back by a suit, and needless to say that I am sure she will most definitely say “Yes, I do.”