It can be quite difficult to find the White Rabbit, much like his disappearing acts in Wonderland. The name on the exterior is barely legible in white paint on the grey walls of the outside, though I’m not surprised as this is the usual way East London “hip” places like to semi-hide themselves.

We were shown to our vintage table which was by the window with old school chairs and pretty fresh flowers. The water jug on the table was nicely chilled with added cucumber and mint.

The White Rabbit was originally thought up one year ago by the band Roots Manuva because of their unique love of tasty mixed up food. They loved cooking together and trying out different combinations and flavours and eventually pushed their passion into the creation of the White Rabbit.

The waitress explained that the best way to try the menu was in parts as the food is meant for sharing, not to mention the tables were quite small.

They offer small, medium and large dishes on the menu so we decided to mix it up. 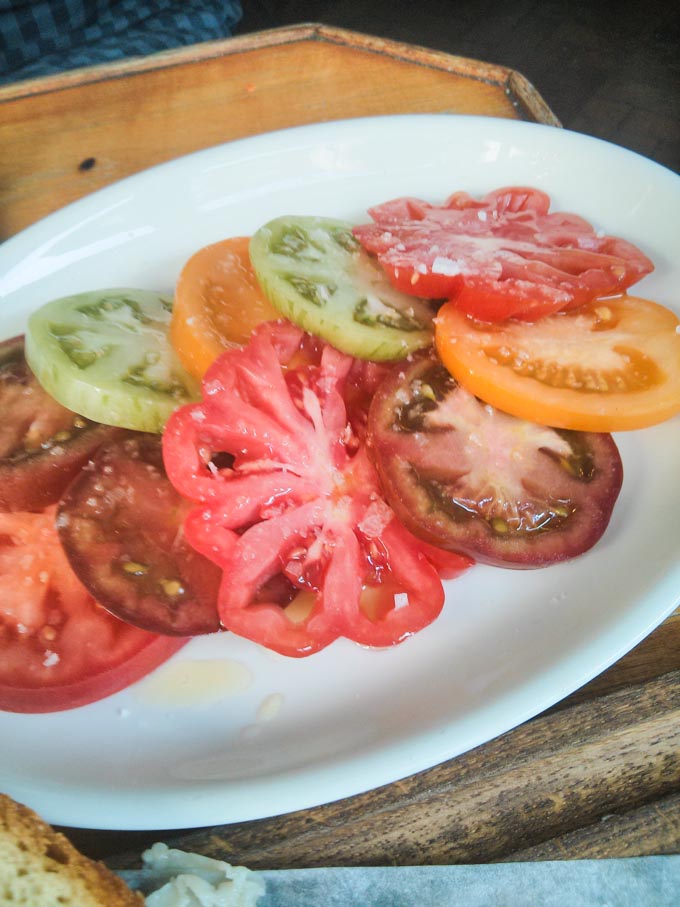 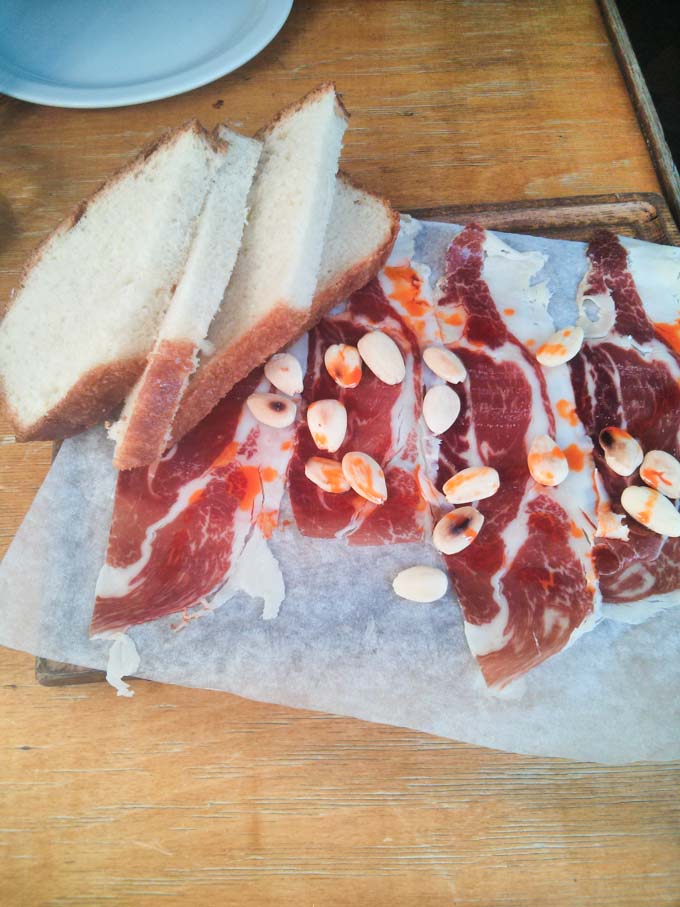 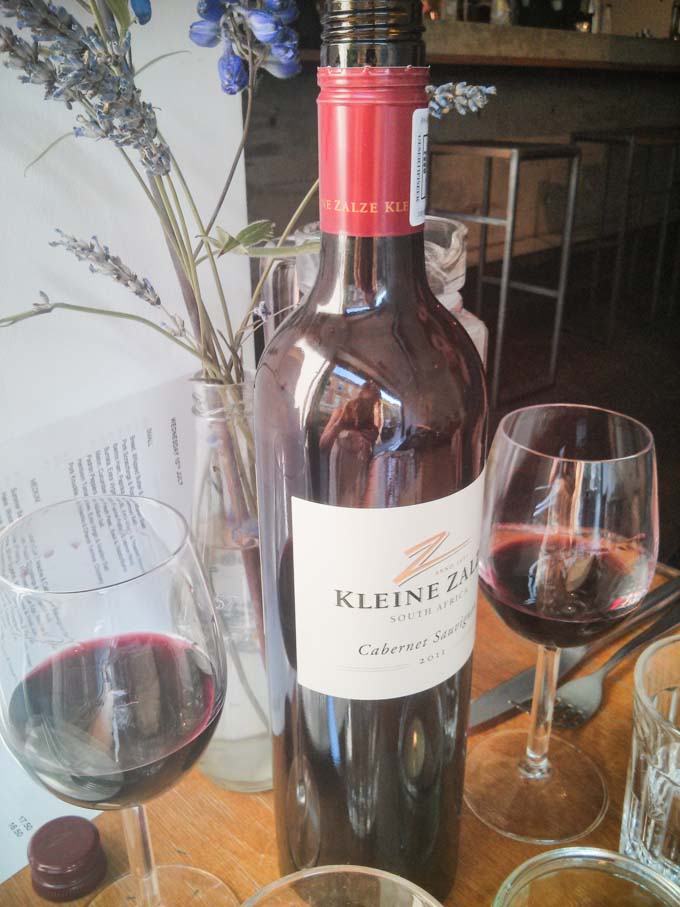 We began with a couple of small plates – Iberico ham, paprika oil, extra virgin & toasted almonds alongside some Heirloom tomatoes, extra virgin & maldon salt. The toasted almonds were a smoky surprise and I’ve not tried purple and green tomatoes before which were a mixture of juicy and tart. To accompany our courses we sunk a bottle of kleine zalze red wine which complimented the dishes superbly.

The interior is very laid back with sheepskin rugs on benches and tartan blankets, The walls are whitewashed with no pictures at all, which I guess shows that it’s all about the food. The fresh wild flowers in bottles soften the room and give a splash of colour.

The concrete bar adds the industrial which contrasts with the rickety looking wooden tables. The great thing about this place is that you have a range of seating options to suit your party size. As you delve deeper into the White Rabbit you find a big family table to your left and then up a set of small steps to your right is a private dining room with white tiled walls, perfect for a celebratory group. In the main part of the restaurant there are larger communal tables but also smaller tables dotted near the window for couples. The tables are far apart enough to not be eavesdropped.

The lighting is perfect and feels relaxing, the atmosphere makes you want to become a writer/artist/musician because you feel that most of the people in there have already been in that zone throughout the day. 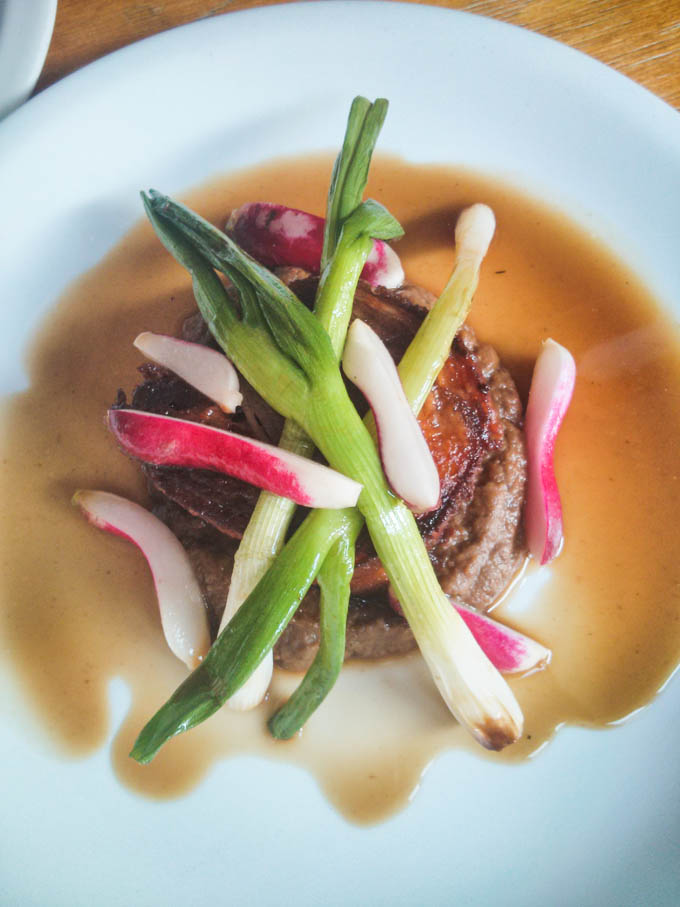 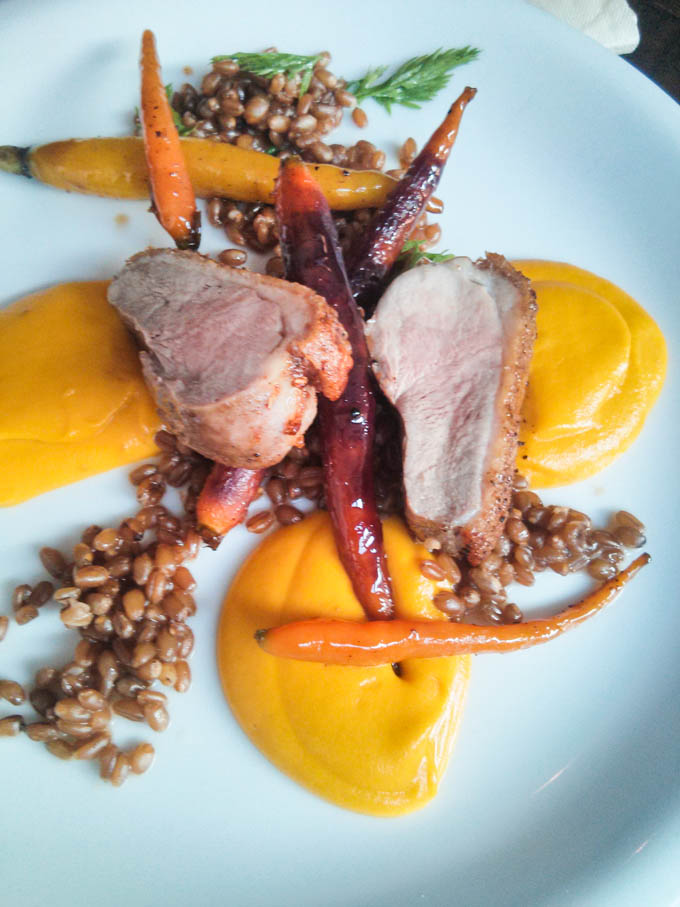 Due to the nature of the dining and space on the table you get side plates to eat from so you can pick at the courses.

They have a cocktail bar as you enter on left and straight ahead they have a partially open kitchen, so you feel part of process with all the sounds and smells.

The staircases are lit by candles and it feels almost homely in the way that the layout replicates a few different dining rooms.

The staff are lovely and will explain all of the dishes at your request. From about 8pm onwards it gets busy but with a really relaxed atmosphere. 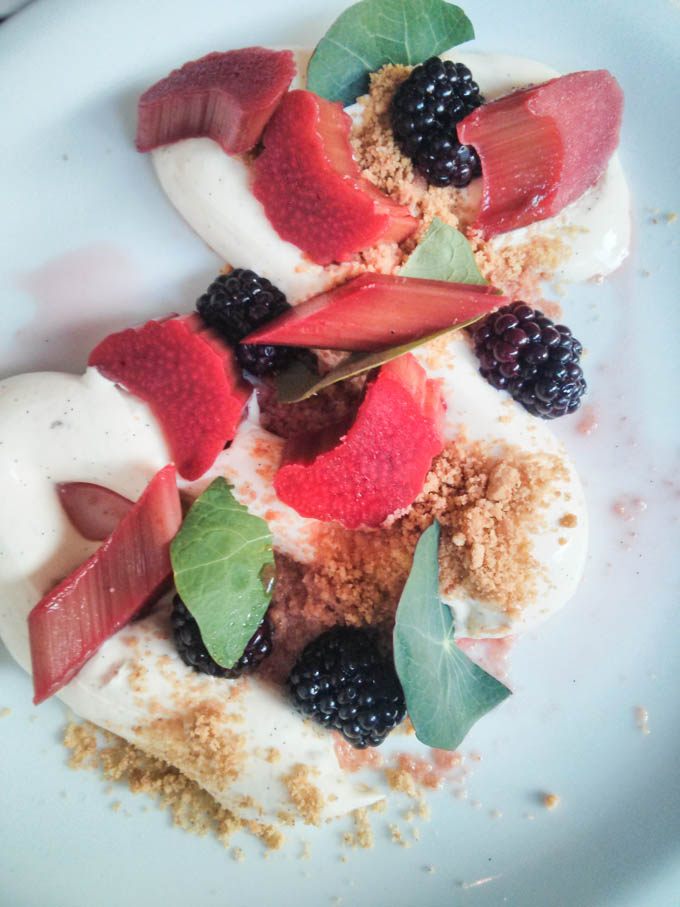 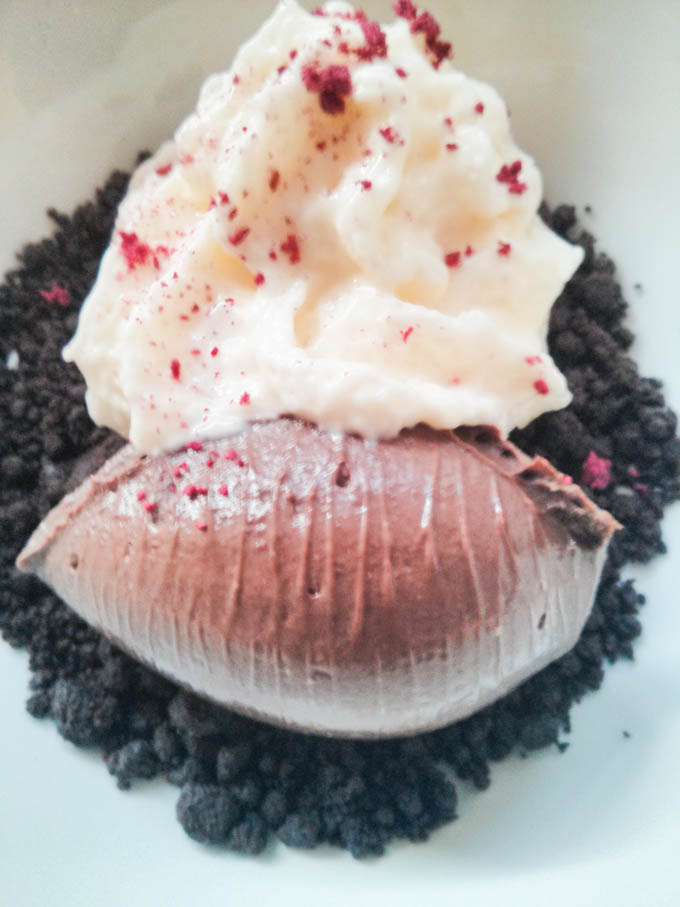 Did I say finally? Then the dessert menus were carefully placed in front of us and I simply had to have more so I went for Poached rhubarb & hibiscus jelly cheesecake which does not look at all like a cheese cake; it’s more of a work of art made from the ingredients of a cheesecake. Alongside this we tucked into a Chocolate ganache, white chocolate espuma, cherry powder & malted chocolate, topped off with an espresso each served from cute glass cups.

Cycling home after this feast was by no means simple. Because you’re sharing the meal you get to taste so many different flavours in one sitting, so I suggest that if you visit the White Rabbit make sure you bring someone with a good appetite and get a taxi home.