Forget Paris for this is the year when Marseille will step into the spotlight. France’s second city currently jointly holds the title of 2013 European City of Culture along with the Slovakian city of Košice and is receiving a major facelift for the occasion. Among the most fascinating projects has been the redesign of the terrace of the Cité Radieuse, the first of five Unité d’Habitation residential buildings which were constructed by the famous Swiss-born French architect Le Corbusier.

The eye-catching structure, dotted with colours and shapes, was constructed between 1947 and 1951 to be completely autonomous and represents a kind of urban steamship which has been anchored in the surrounding 4 hectare park. The interior of the building is laid out in such a way that each of the 337 luxury apartments are split into two levels around the central corridor, or ‘Rue Intérieure’, which is lined with shops, bars, a cinema and a restaurant. There are a total of 23 different housing systems, each providing living space for between one and 10 people with the most typical being a duplex designed for 4 people. Despite being widely criticized in its time, the Cité Radieuse was awarded UNESCO World Heritage status in 2008.

The new renovation of the 600sqm terrace has been carried out by the exciting and eccentric French architect Ora-Ïto who was born in Marseille in 1977. Named ‘MaMo’ or Marseille Modular after Le Corbusier’s famous Modular scale of proportions, which he used as a method for measuring resident housing, the project has been developed around the existing paddling pool and also sees the conversion of the old gymnasium into a new contemporary art gallery. The renovation is designed to keep in line with Le Corbusier’s original vision while creating a communal environment which is also a work of art.

Aside from the Cité Radieuse, Marseille is taking its status of City of Culture seriously with a host of new developments and reconstructions. The enormous 40,000 sqm Museum of European and Mediterranean Civilisation (MuCem) is due to open this spring and will include an exceptional exhibition space along with a 400 seat auditorium all designed by architect Rudy Ricciotti. The city has also developed a programme of more than 400 special events and over 60 exhibitions which will take place throughout the year to celebrate culture in all of its different forms. 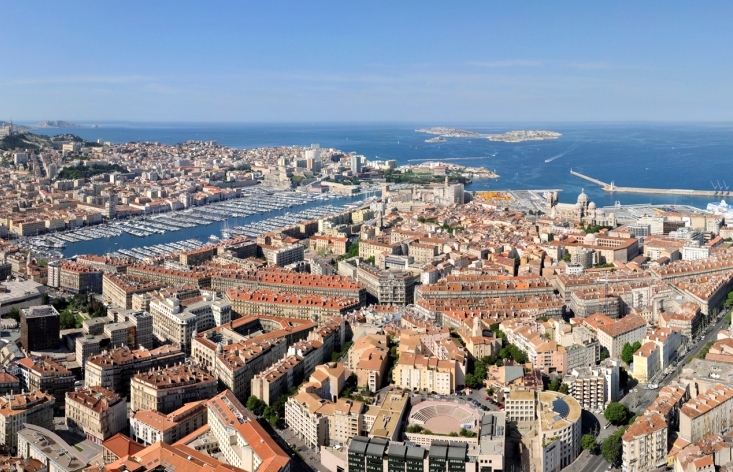