Acknowledged in the Guinness Book of Records for offering the worlds most expensive haircut, Stuart Phillips’ £8,000 price tag was soon eclipsed by his £20,000 VIP service, which in turn became insignificant when he embellished Serena Williams’ hair with £1 million worth of diamonds. Today I went to Covent Garden to interview the man himself …and get some of the star treatment in the process.

It all started with a dream I had about diamonds – I thought what was that about; all I could think was diamonds and hair. My friend who is the Queen’s hairdresser, is very good at building headdresses, so he helped me build a headpiece with Swarovski crystals, once we knew it worked, I thought now we can do it with real diamonds – we then built one with one million pounds worth of diamonds, which Tennis Champion Serena Willams’ wore during the 2008 pre-Wimbledon party.
From that point on, I thought what else could I do that’s interesting, so I thought how about a very expensive haircut. A lady from Italy who had read about me in Russian Vogue decided to pay £8,000 for a haircut (which went to charity), and the Guinness Book of Records came down to adjudicate it as the Worlds Most Expensive Haircut.
I then thought that why don’t we create packages, so at £20,000 we started hiring Pop & Rock bands to do private concerts for individuals whilst they were getting their hair cut. They could additionally have their own chef, butler, bodyguards and one couple even wanted Torvill and Dean to teach them how to ice skate. From that point on I was flown all around the world cutting hair in different countries.

As a martial artist and ex cage-fighter, I grew up with Jean-Claude Van Damme as my hero, he can’t act, but is a great fighter. Anyway, one day I saw him walk past my salon, so I chased him down the road, literally, and said I would like to do your hair for a photograph. He was like “I’ll think about it, give me your card”. So I gave him my card then he came in about one hour later, I cut his hair and we instantly got on like a house on fire. I then ended up in Africa for three months doing a movie with him Dolph Lundgren and Jackie Chan. I was in charge of the hair for the film set. I worked all through the night, my hours were 3pm in the afternoon until 9am in the morning, awful hours, but I guess that was the beginning of becoming known as a celebrity hairdresser. 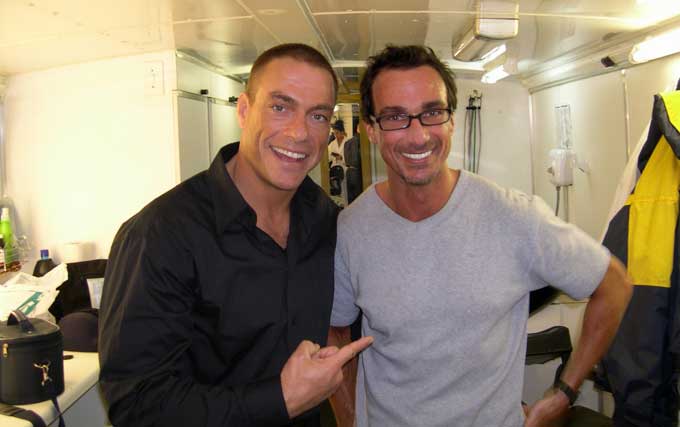 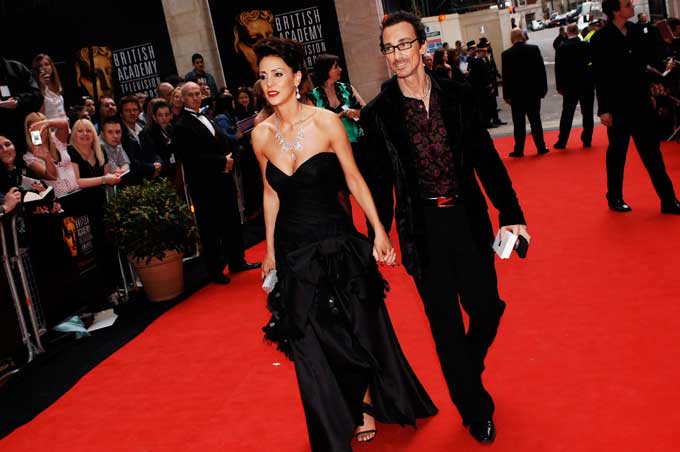 After then, my wife at the time was very clever and managed to get the BAFTAs lined up for me, so when I got home we sponsored that for three years and looked after the whole television awards and perhaps 20 to 30 celebrities.
When I finished that, I kind of thought what next? I briefly looked after Dancing on Ice for ITV, then flew to Estonia to do Estonia’s Next Top Model. When I got there it was unbelievable with the paparazzi, getting interviewed on two TV stations, it was brilliant.

I would say that the craziest haircut I have ever done was in South Africa, where there were these two Japanese girls being filmed for a hard Mafioso gangster movie, they had to look like they had been beaten-up, but with futuristic hair. So I made them look futuristic by putting bits of silver foil in their hair and backcombing it. It actually looked quite fun and very Avant-Garde.

I never set out to be a celebrity hairdresser, I just wanted the dream of having a good salon, that’s reputable with a good name, which I’ve got. Things grow a little bit here and there and suddenly before you know it, it just kind of happened.

I think the most important part of a haircut is the consultation, I give up to a half-an-hour lifestyle hair consultation, where it is all about your face shape, bone structure, body type, what you do for a living, personality, it goes on.
If you get the perfect haircut on the wrong face then it doesn’t look good, so you need to consider that along with their personality and everything else. I would say that it is this level of attention that has been the key to my success. There are a lot of good hairdressers in London such as Nicky Clarke, but what sets me apart, is offering the most thorough hair consultation you could ever give, so the customer learns something new about their face structure and what is …and isn’t possible. I try to give them a few choices of what would work best for them.
I think the other side of my success is having a relaxing salon, and I think I have captured that. When I did this salon, I didn’t want it too much like a salon, I wanted it a little more homely. We have the massages here as well, where you lie down for 15 minutes and we do a shiatsu acupressure combined massage, on the head of course. I think this, with the consultation, really sets us apart.

What does the future hold for you?

I’m in the middle of doing a TV show at the moment, which I am very excited about. I was headhunted by an agent in a nightclub who said she had been following me on Facebook and tried to catch me each time I went out by checking my status updates. Anyway, she finally caught me and signed me up in two weeks and said congratulations you’re part of a new TV show. We’ve been filming it for 6 months now, so the future holds TV for me and I love doing TV work. I find it really exciting, different, and a great platform to show-off my artistic skills.I’m doing so really unusual things …

I’m doing a blind-folded haircut for charity, and I’ll be doing a jump involving hair, we’re doing very unusual stunts for the show, but I can’t say too much at this stage!!.

I may consider franchising my salon in future, but I would rather enjoy my life now, I earn nice money, but would rather have one flagship shop and have a great life, than worry about having 20 salons that earn stupid money which I could never spend and always be stressed-out.

Since I’ve been divorced I’ve had a great time. I party three or four times a week and have the best time ever. I still want to control my business perfectly well, and enjoy my social life. I think maybe in 10 years, when I start to slow down, then, maybe I will consider franchising. Only one in each major City of the world. I love it when people come from all over England to get their hair cut with me, and it is such an amazing feeling. If I had one in America it would either be Beverly Hills or New York, then people would have to travel to get to me; It makes it more special. But who knows what the future holds, I’ve even been doing a radio show as well, which has been really great fun. Apart from all this I just get on with enjoying my hairdressing.

Beyond the interview, I would personally like to give a big thanks to Stuart and his top colourist Caron Ann, for the combination of their fabulous consultation advice, cut, colour and styling and with the inclusion of possibly the best head massage I have ever had, I would happily recommend this as being one of the best pampering experiences in London. 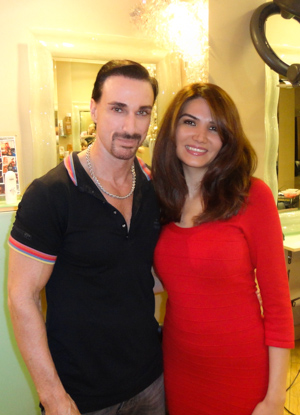