The result of 50 years of racing; McLaren Automotive Executive Chairman Ron Dennis declared ‘Twenty years ago we raised the supercar performance bar with the McLaren F1 and our goal with the McLaren P1 is to redefine it once again.’

Paris Motor Show, Mondial de l’Automobile 2012 saw McLaren lift the veil on their new P1 concept, which justifiably appeared to command some of the highest footfall figures of the event. Thanks to some extensive development behind the scenes, McLaren now aim to put it on sale within 12 months. Judging by the images, if you are to stand any chance of still getting your name on waiting list for one, then my advice would be to not hang around and give McLaren a call immediately. 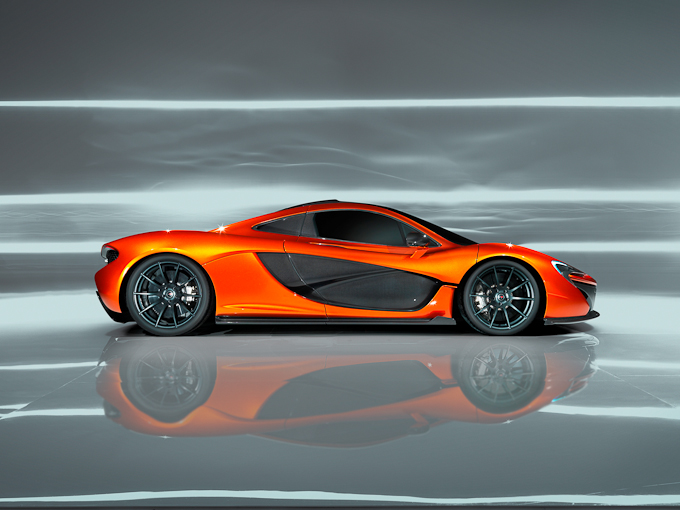 With their sights firmly set on developing the ultimate driver’s supercar for both road and track; McLaren have not left a stone un-turned and the large adjustable ‘active’ rear wing adjusts automatically to boost downforce and optimise aerodynamics Mid-engine design that uses a carbon fibre monocoque and roof structure safety cage called MonoCage, and lightweight carbon ‘multi-purpose’ body panels.

‘Our aim is not necessarily to be the fastest in absolute top speed but to be the quickest and most rewarding series production road car on a circuit’, says McLaren Automotive Managing Director Antony Sheriff. ‘It is the true test of a supercar’s all round ability and a much more important technical statement. Our goal is to make the McLaren P1 the most exciting, most capable, most technologically advanced and most dynamically accomplished supercar ever made.’

At 600kg, the McLaren P1 will provide more downforce than any current road car and is achieved well below maximum speed. To put that into comparison, thanks to the advanced motorsport-based engineering, it is approximately five times as much downforce as a McLaren 12C, yet despite the huge performance of the McLaren P1, will also be a refined and comfortable supercar.

Keep up with all the latest news and developments at: www.mclaren.com