Properties don’t come any more unique than this. On a 55-acre property in the remote hills of Malibu, David Hertz Architects Inc. have produced a luxury property built entirely out of the parts of a Boeing 747. The project, referred to as the Wing House, boasts panoramic views looking out over the nearby mountain range and a valley, as well as the Pacific Ocean. 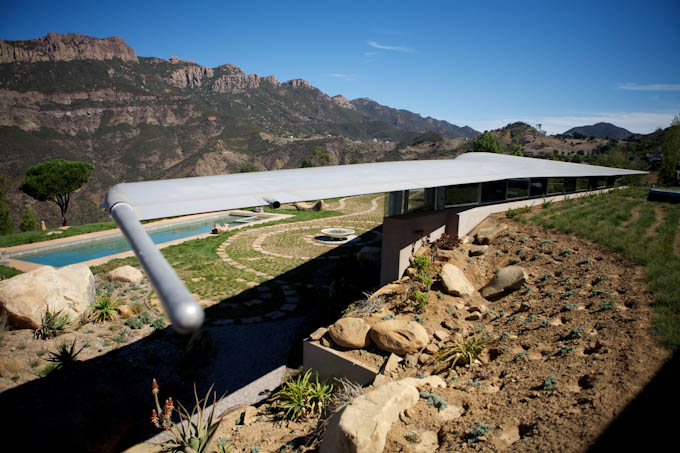 The plane, which new cost over 250 million dollars, was purchased by the client for $30,000 and is enclosed with glass. The sheer size of the plane means that its parts have been spread over different structures within the property. The wings of the Boeing 747 have formed the main residence of the building; whilst the cockpit has become the ‘Meditation Pavilion’ and the first class cabin deck a guesthouse. 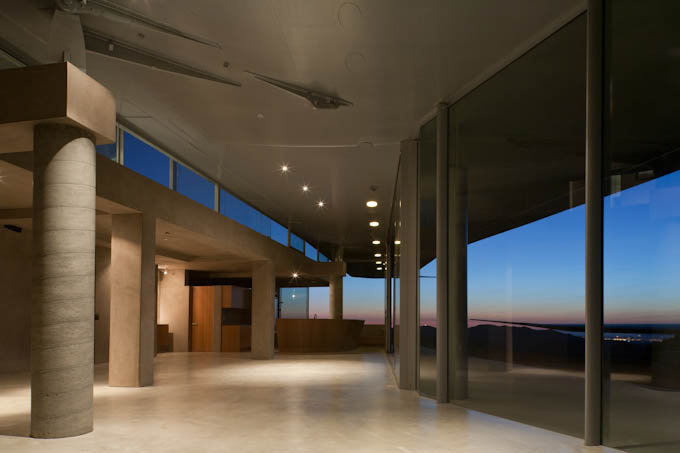 Of the project, David Hertz said: “In searching for inspiration, I imagined a roof structure that would allow for an unobstructed view of the mountain range and distant views. The client, a woman who co-owns a Mercedes car dealership, requested curvilinear/feminine shapes for the building. The progenitor of the building’s form was envisioned as a floating curved roof. It soon became apparent, that in fact, an airplane wing itself could work. In researching airplane wings and superimposing different wing types on the site to scale, the wing of a 747, at over 2,500 sq. ft., became an ideal configuration to maximise the views and provide a self supporting roof with minimal additional structural support needed.” 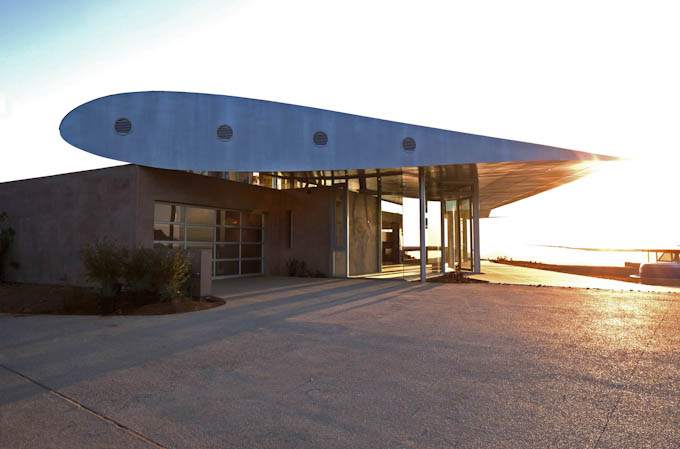 Tailored to look as if it were crafted in the same way as traditional indigenous structures, the recycling of the 4.5 million parts of the Boeing 747 that make up the property is an exciting, and beautiful, example of sustainable reuse.