Stars who turned for the evening included comedian David Walliams, cricket legends Michael Vaughn and Jimmy Anderson, plus Zac Goldsmith and Olivia Grant amongst countless other faces. All were out in force to support the Quintessentially Foundation’s inaugural poker evening, in the exquisitely restored Lancaster Ballroom at The Savoy Hotel.

Following a lavish champagne reception, the evening welcomed the VIPs and business luminaries to their seats alongside poker enthusiasts for a true ‘Texas Hold’em’ themed poker tournament. At stake were eight amazing prizes including a mind-blowing luxury safari holiday to Africa, and a ’money-can’t-buy’ culinary experience which would see top Michelin starred chef, Marcus Wareing, preparing a bespoke six course meal for the winner, and seven guests, in the leisure of their very own home.

The eclectic mix of participants all appeared to be clearly enjoying themselves, lapping up both the competitive spirit of poker whilst also mingling with others in what was undeniably a joyous and charitable atmosphere. Although don’t think for one minute that this deadened the competition, as for the lucky handful that made it to the final table, it was a long night that eased into the wee hours of the following morning. Guests knocked out of the tournament, made the most of the delicious Pommery Champagne, Johnnie Walker Blue Label tasting bar and U’luvka Vodka cocktails, as well as the canapés, live piano music and the amazing array of spa treatments plus bespoke blow-dries and massages for all the guests. 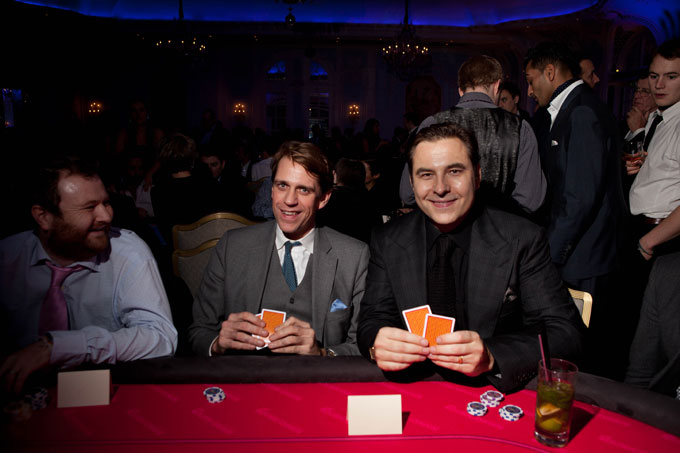 David Walliams’ unswerving attempts to disarm his competitors with his humour and amusing anecdotes proved effective, and competitive cousins Tom Parker-Bowles and Ben Elliot enjoyed the “table-service massages” offered to all participants, in a bid to ease the mounting tension throughout the night.

U.K cricket connoisseurs and former English Captain Michael Vaughn and Jimmy (James) Anderson also took part in the gambling but their poker playing was not as up to scratch as their cricketing, clearly! Forget cricketers, Alice Rothschild flew the flag for the ladies, by out-smarting all of her male counter-points by reaching the semi-finals. 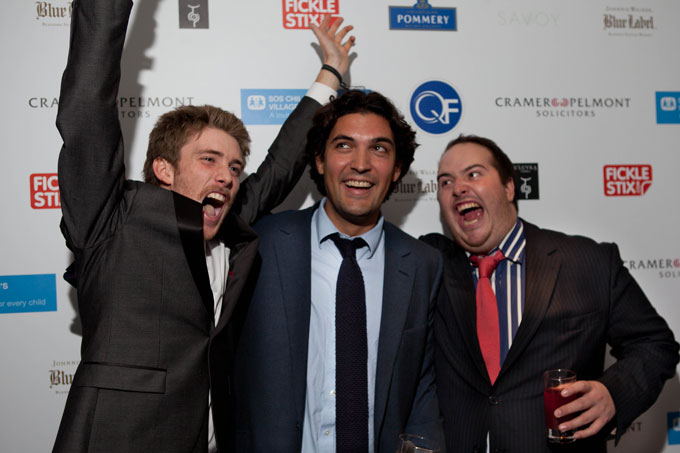 The aim of the evening was to raise much needed funds for SOS Children’s Villages, the charity committed to helping orphaned and abandoned children across the globe. We are delighted to announce that, despite the economic climate, clearly individuals are still passionate about their social responsibility, with the event smashing their £80,000 target. This has been added to the £1.6million that the Foundation has raised since its fundraising efforts began in 2009.

Also note that this event would not have been possible without the kind support and sponsorship of Cramer Pelmont Solicitors.