Last night (Tues 27th Sep), we had the privilege of being invited to the official launch of One Blenheim Terrace, St John’s Wood’s newest restaurant…. 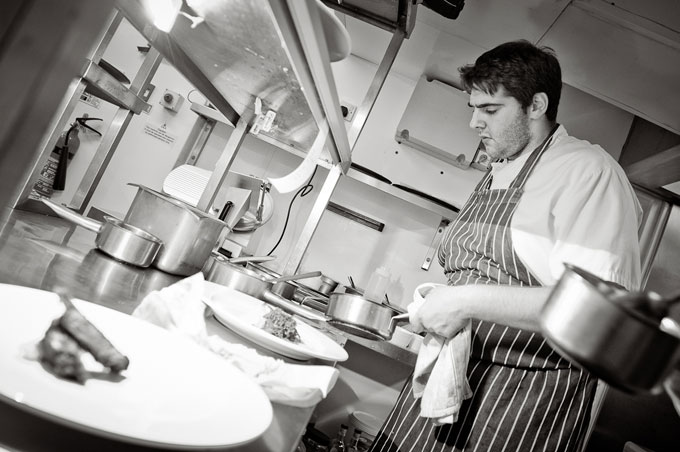 Former chef at the Ivy, Ed Shaerf welcomed guests to sample an assortment of his favourite dishes with a selection of complementing beer and wine pairings. Specialising in ‘Modern British’ Cuisine, One Blenheim Terrace have essentially rewound the clock on Traditional British dishes from Scotch Egg to Rice Pudding.

By stripping traditional British recipes back to basics, Ed Shaerf has imaginatively reinvented them from the ground up!

In this day-and-age, where vast chains of every cuisine from Italian to Japanese Restaurants seem to line our High Streets, it is always refreshing to see an all-new fully independent one emerge. Yet it has to be said that short of Country Pubs, they just never seen to be British. Granted, there was a time when the exotic nature of foreign cuisine gave eating-out a sense of occasion, but now I think those days are fast fading. With the elegant sophistication in which British Classics were brought back to life at One Blenheim Terrace, not only can us Brits shake-off the stigma of Fish’n’Chips or a Sunday Roast with over-cooked vege being branded a so-called tradition, but I can now see foreign nationalities indulging in our native cuisine instead of merely laughing it aside and launching another Pizza franchise. 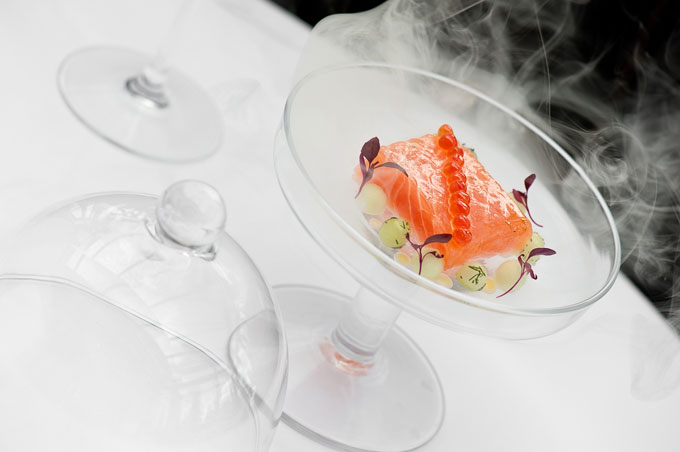 Amongst the many mouth-watering dishes a exquisitely matched pairings of the night, one that really appeased my taste-buds, was the Smoked Salmon. While not typically a fan of over-powering nature of smoke-fish, this was so delicate tasting and beautifully presented that it would have bagged my vote on originality alone.

What first stood out was the oak-smoked taste, which instead of engulfing the fish, left it delicate and succulent with the smoked essense presenting itself only as a gentle yet acute after-thought.

The dish was served steaming within a glass dish (as pictured), with dill emulsion, an erect square of skin crisp, and salmon roe and dill, this was creatively partnered with Purity Pure UBU, a ruby-amber ale brewed in Warwickshire with strong hints of caramel, delivering a sweet yet nutty taste with a slight touch of ginger.

This pleasantly brings me in to my next rant, with how over-looked beer and ales are in today’s territory of self-proclaimed Wine buffs and overtly flamboyant Sommeliers with a gusto for making wines sound a damn-sight more enticing then they often end up tasting. Needless to say, I am just as partial to both grape or yeast based contenders, but in keeping with the Modern British theme I really was pleasantly surprised with this added addition of beer matching, which amidst all the other expertly paired dishes made for a truly revolutionary take on British Cuisine, and certainly gave me more than enough reasons to book a reservation to sample their other numerous culinary delights. 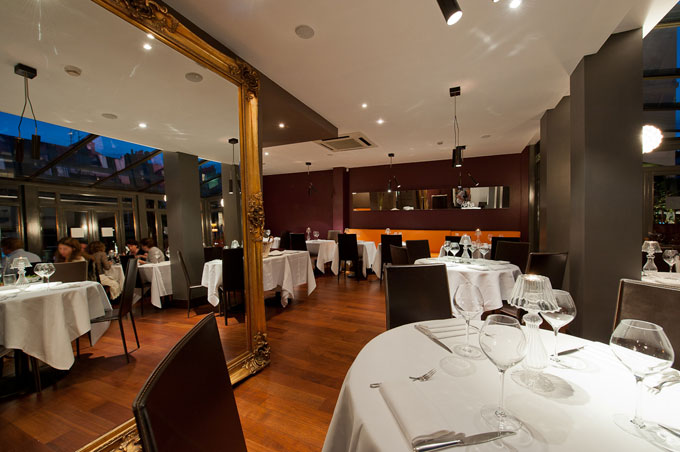 The light and airy restaurant features bright and modern furnishings in keeping with the food and has a additional terrace area for those glorious evenings when alfresco dining is a must.