After six months’ of intense planning, Showcase Live will relaunch on 12 September 2011 at Under the Bridge, London’s best new venue for world-class live music located in Stamford Bridge Stadium.

Showcase Live has been an integral starting point for the careers of some of pops biggest names, including JLS and Jessie J and their partnership with Under The Bridge is sure to bring many more household names to light in the future.

Completed earlier this year, Under The Bridge has already hosted gigs from home-grown talent such as Ellie Goulding, Jamie Cullum and The Guillemots, as well as performances from international legends including blues icons Dr John and Booker T and soul sensation Mavis Staples.

The venue was designed by Jim Cafarelli, the man behind the celebrated House of Blues venues in the US and is already proving itself to be one of the capital’s first choice destinations for music lovers across the board. 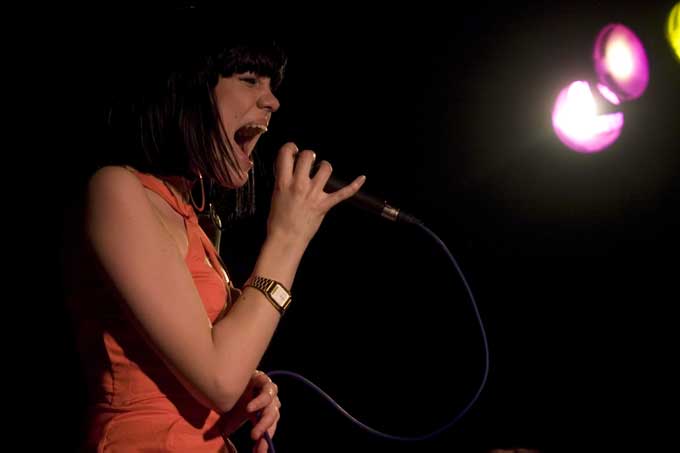 Showcase Live aims to bring a carefully selected handful of unsigned and rising artists from around the UK to the attention of the music industry. Founded in 2007, the night has gone from strength to strength but four years on, the team are setting themselves apart from the Capital’s other live nights. Director George Eason explains, “It’s more than just a gig. A lot of thought and consideration goes into the booking of each artist – the quality control we have has always been tight.”

“We understand that creating a link and building a relationship between new artists and record labels is increasingly difficult. We’re creating a platform that makes those introductions easier and allows for grass roots artists to get heard sooner.” 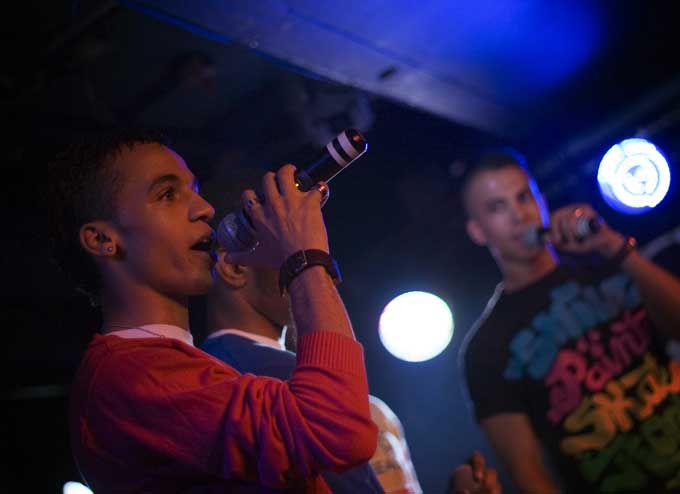 “We’re aiming for this to be the ultimate performance and promotion platform for new singers, bands and musicians and for people within the industry to recognise that Showcase Live is the best place in London to find new music.”

“We always have a great turn out of industry leaders and artists alike. Fearne Cotton, Mica Paris, Bluey Robinson, JLS and members from Sugababes, The Saturdays, Westlife and The Wanted have all been spotted in the audience.”

The Performers: (in no particular order)

Vida | JLS star Oritse Williams remembered exactly where he started his career when he put Showcase Live on the top of his list of priorities for his new girl group VIDA. Oritse is working with Colin Lester / Twenty First Artists on the project. www.facebook.com/vidaofficial

Paradise Point | Paradise Point are energised school-leavers who are determined to return credibility to teen pop music. Bass player Roman is hoping to follow in the footsteps of his father, Spandau Ballet star Martin Kemp. www.facebook.com/paradisepointuk

Daniela Brooker |17-year old Daniela already has a very promising career ahead of her. She has been writing her album with Paul Garred (The Kooks) and Rob Harris (Jamiroquai). Her band is formed of Dizzee Rascals guitarist, Julian Perrettas drummer, Claire Maguire’s keyboardist and Go West’s bassist. www.facebook.com/danielabrooker

Project Alfie | Project Alfie is creating a sound which blends classic film soundtracks and soul. He shares same the stylist as Jude Law and Dave Gandy and has written with some of the biggest names in the industry such as The Invisible Men (Jessie J) and Future Cut (Lily Allen). www.facebook.com/projectalfie

Will Heard | A charming story teller with an undeniably beautiful voice. The 20-year-old singer-songwriter from SW London brings a unique blend of blues, folk, soul and funk to the table. www.facebook.com/willheardofficial

Kicking off at 7pm, the night will fuse amazing live music, fun, special guests and a great atmosphere. It will be the first of a bi-monthly series of shows at Under The Bridge. Entry is free to everyone, please email londonguestlist@showcaselive.co.uk.

Jessie J: “Yagga yo Showcase:LIVE!! Last night was dope!! The talent was too much and I had fun… looking forward to the next one! Peace, love and music notes”

all the acts were amazing. We’re very privileged to be on stage with so many talented performers in one night. We absolutely cannot wait until the next show – don’t leave it long. It’s a pleasure performing at your show every time…”

Be sure to keep up-to-date via the following links: