A 200 year old bottle of Bordeaux vintage has set a new world record as the most valuable bottle of white wine. It was sold in Britain on Tuesday for £75,000 ($117k). 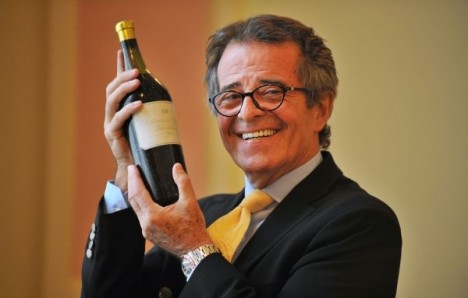 The bottle of 1811 Chateau dYquem was bought by French private collector Christian Vanneque, for his new restaurant in Bali, Indonesia. The standard-sized, 75 centilitre bottle of wine was sold at London’s Ritz hotel by rare wine specialists The Antique Wine Company. Managing director Stephen Williams praised the “legendary vintage”, one of the so-called “Comet Vintages” which takes its name from the Flaugergues Comet which passed the earth in 1811.
“Chateau dYquem is the world’s greatest white wine,” he said.

Unlike most whites which spoil after a few years, the Chateau dYquem, produced near Sauternes, in the famous wine-producing region of Bordeaux in France, has improved with maturity and could age indefinitely, the company said. Its high levels of residual sugar, combined with the grapes natural acidity, act as preservative agents which stop it becoming undrinkable, it explained.

“It has the capacity to last longer than any other white,” said Williams. Although this bottle has yet to be opened it is likely to have a “butterscotch sweetness”, he said. “We would expect it to have a creamy texture, coating the mouth with richness, and leave a sweet taste in the mouth,” he added. The wine’s value was also higher because of its status as one of the “Comet Vintages,” said the wine dealers. “The impressive value of this bottle is tied to both the quality of the wine and this historic event,” they said.

Vanneque, who has the biggest wine collection in Indonesia, said he would put the rare bottle on display at his SIP Sunset Grill in Bali when the restaurant launches in September. The record for the most expensive white wine was previously held by a 1787 Chateau d’Yquem Sauternes, which came from the same vineyard as the 1811 vintage and costs an average of $60,000 a bottle. The record for the most expensive bottle of wine sold was set in November by a rare six-litre bottle of 1947 French Cheval-Blanc, a red which sold at auction house Christie’s, in Geneva, for $304,375.