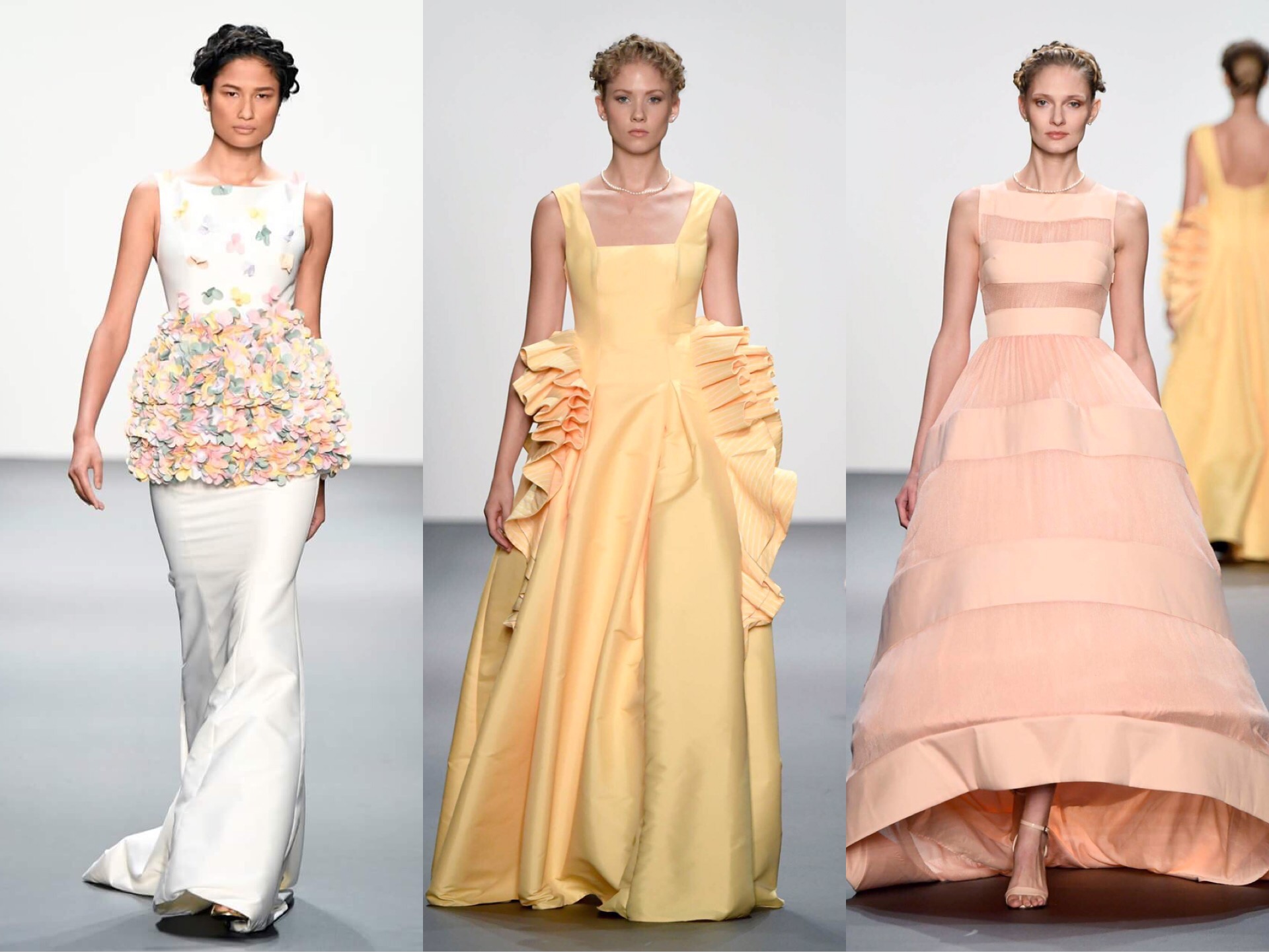 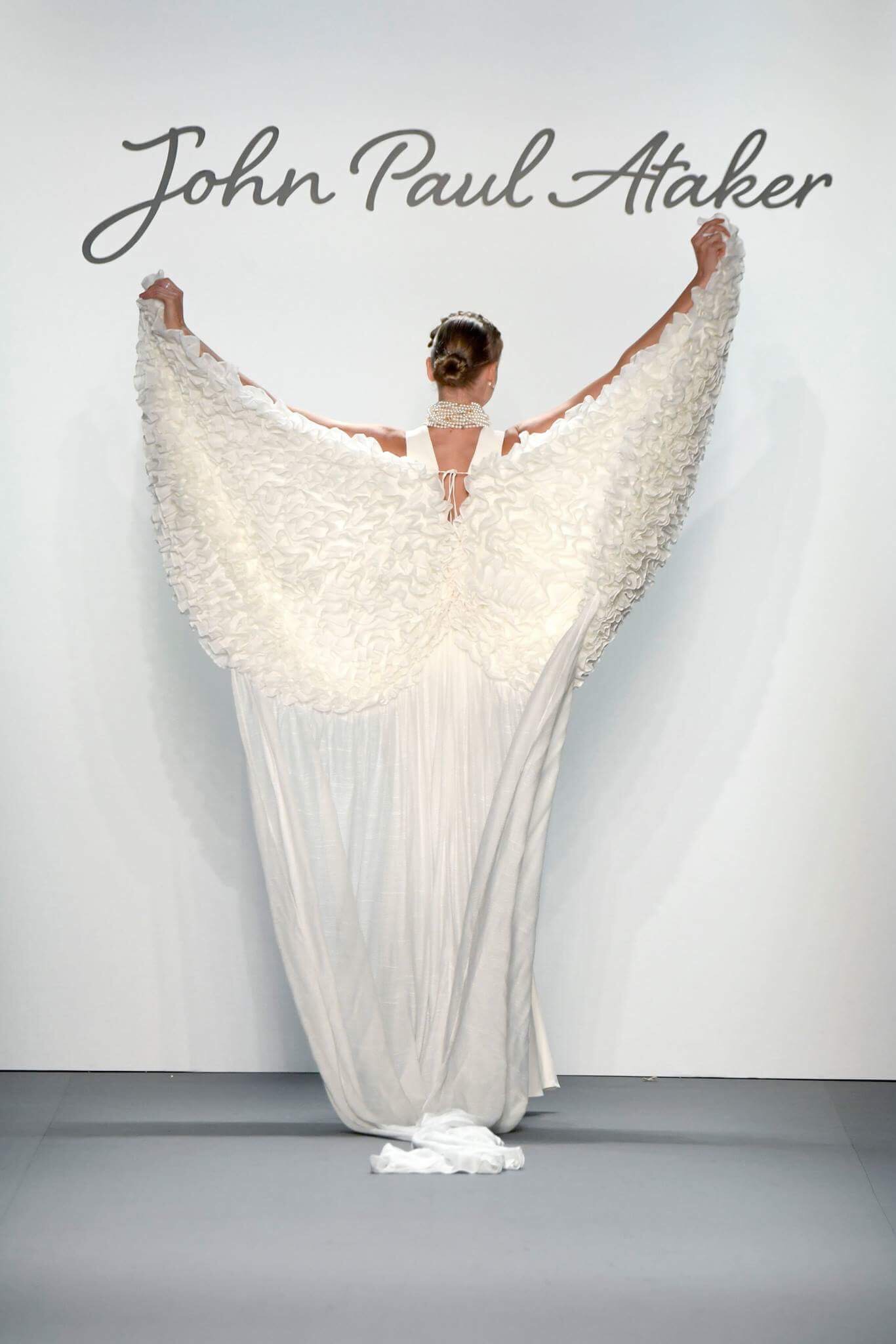 John Paul Ataker is a name that has already made its mark in the arena of fashion. To be present at the John Paul Ataker SS 2017 show during NYFW was to be immersed into ancient Babylonia. Not just Babylonia, but you were forced to be transported to a Babylonian garden filled with beautiful princesses in their royal gowns. As one of the by-standing creatures you became a part of the glorious fairytales that you have read but never truly believed…….. until now. Numan Nimet is the designer/magician behind the John Paul Ataker line that has the power to launch a thousand gowns. 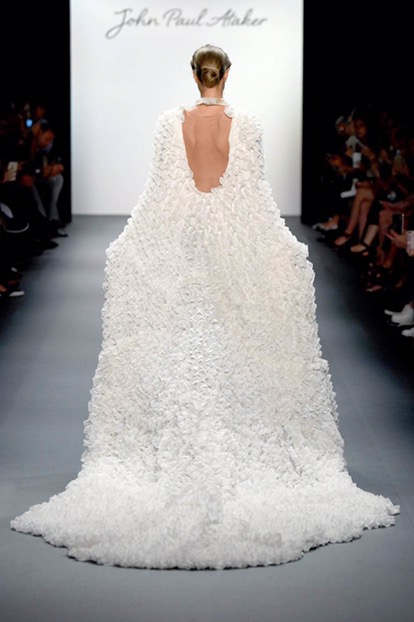 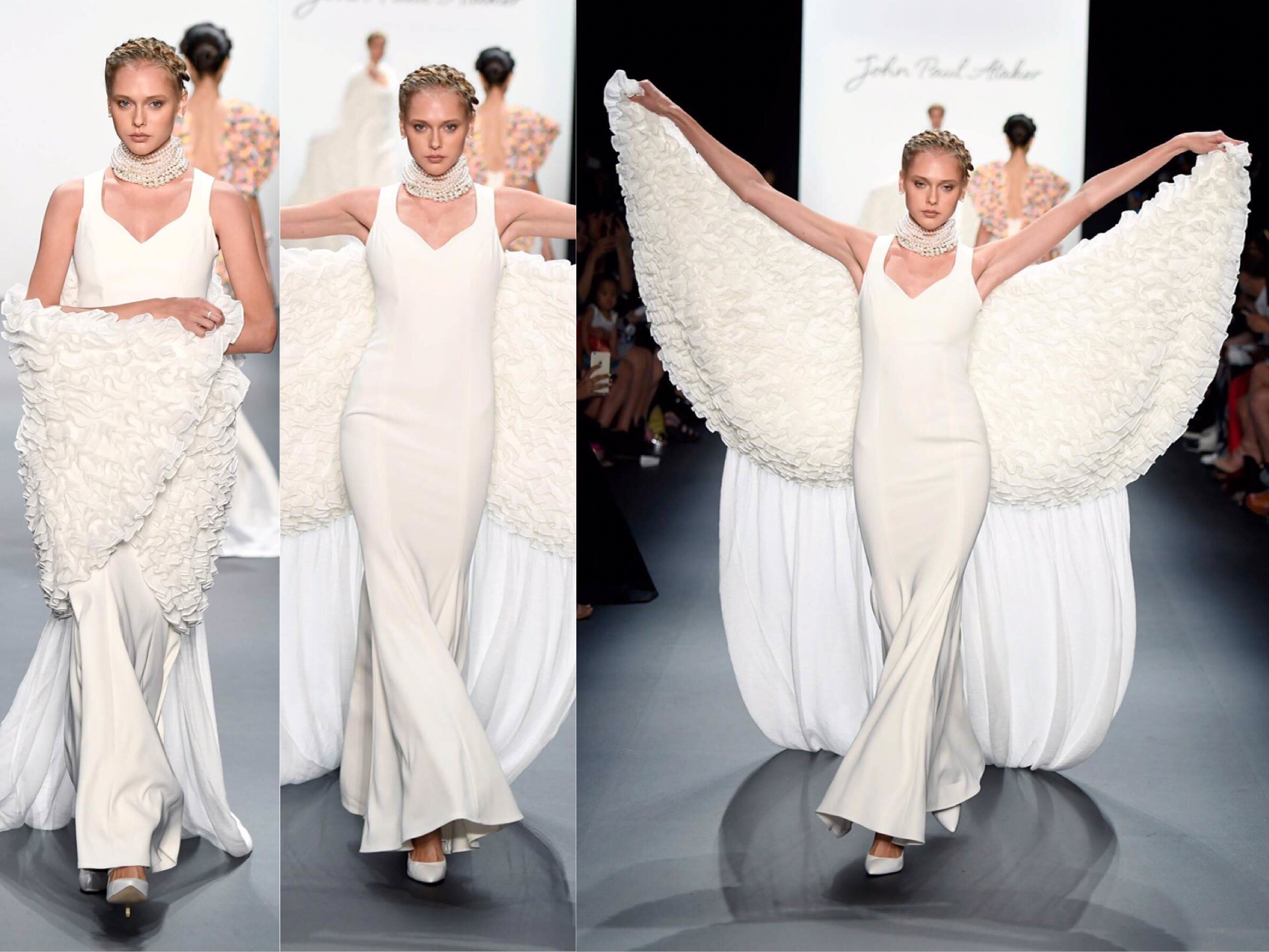 Numan hails from Turkey, hence it is easy to see, why his dresses are more poems and less clothes. John Paul Ataker is a brand that encapsulates the regal air of ancient Turkey and gives you an idea of the world that Alexander the Great was mesmerized by. It is quite understandable that Numan grew up in a family that ran a fashion business as his luxurious evening collection draws upon his childhood background and experiences. He could not have asked for a better intensive training than a family business that delved in all aspects of creation from tailoring, fabric development and pattern making for elite clientele that were looking for unique silhouettes. His early years when most 8 year old kids would be running around playing practical jokes, Numan honed his penchant for design while developing a love for textiles, precise cuts and draping of the women’s body. 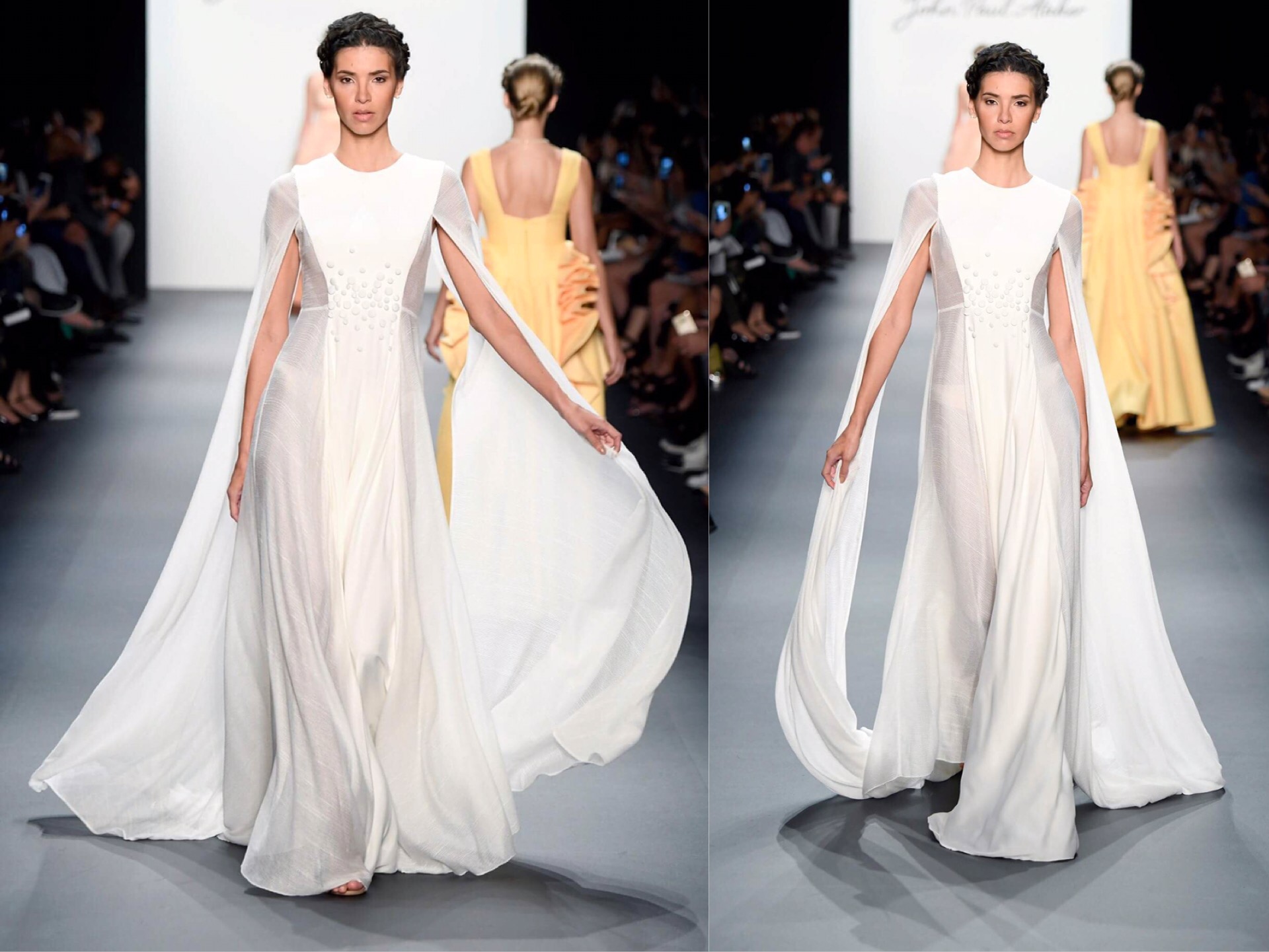 The most important question is: Who is a John Paul Ataker woman? 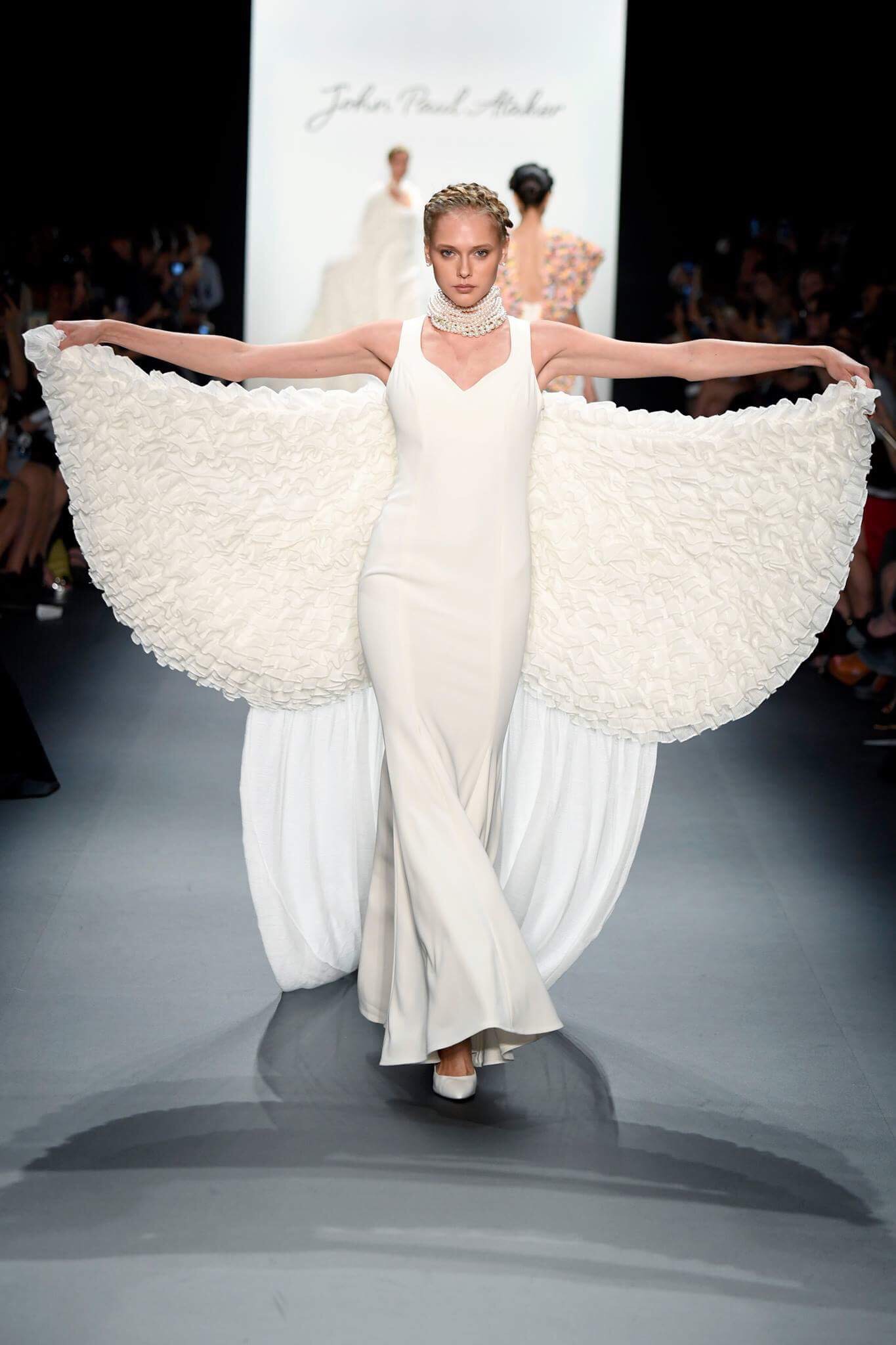 Global Luxury Ambassador Pritan Ambroase, seated on the Front Row at the John Paul Ataker SS 2017 show, had the luck and the shock of being awe struck, and released a statement in support of the collection:

“John Paul Ataker will be a name that will be a regular among distinguished circles, be it among royalty, celebrities and definitely red carpets across the world. Without any disrespect, it was not a name that I had ever heard of so when the invitations arrived to make an appearance on the Front Row at their NYFW SS 2017 show, I was reluctant. I might have arrived at their show not knowing anything about John Paul Ataker, but I left their show as an admirer wanting to know everything about the designer behind the fairytale I had just witnessed. I can now say, that I was pleasantly shocked at the beauty of John Paul Ataker’s collection, it was pure poetry, these were not just clothes, this was an era being communicated as clothes. This is more than just hard work, this is pure talent. Talent is unmissable and unmistakable and talent is Numan Nimet whose line John Paul Ataker will become a forerunner and a crowned name in the world of fashion. I am happy I was able to witness a Babylonian fairytale first hand. The most beautiful thing to watch is the humbleness of Numan who calls himself a tailor and not a fashion designer, this is one tailor that is going to find himself in the ranks of the leading fashion designers of today. I wish Numan, Kerime and John Paul Ataker the best of luck for their FW 2017 show in February and I look forward to being there.” 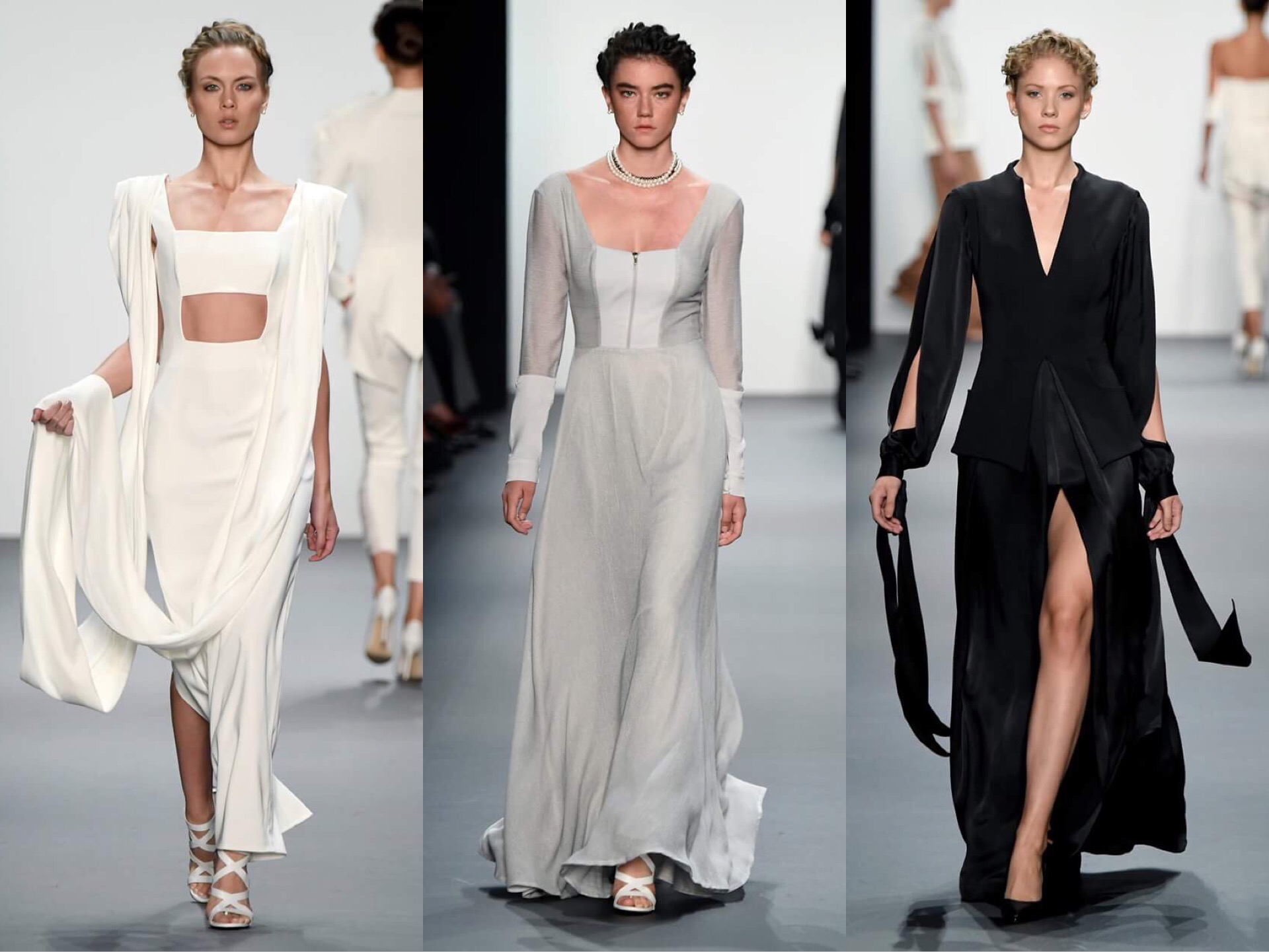 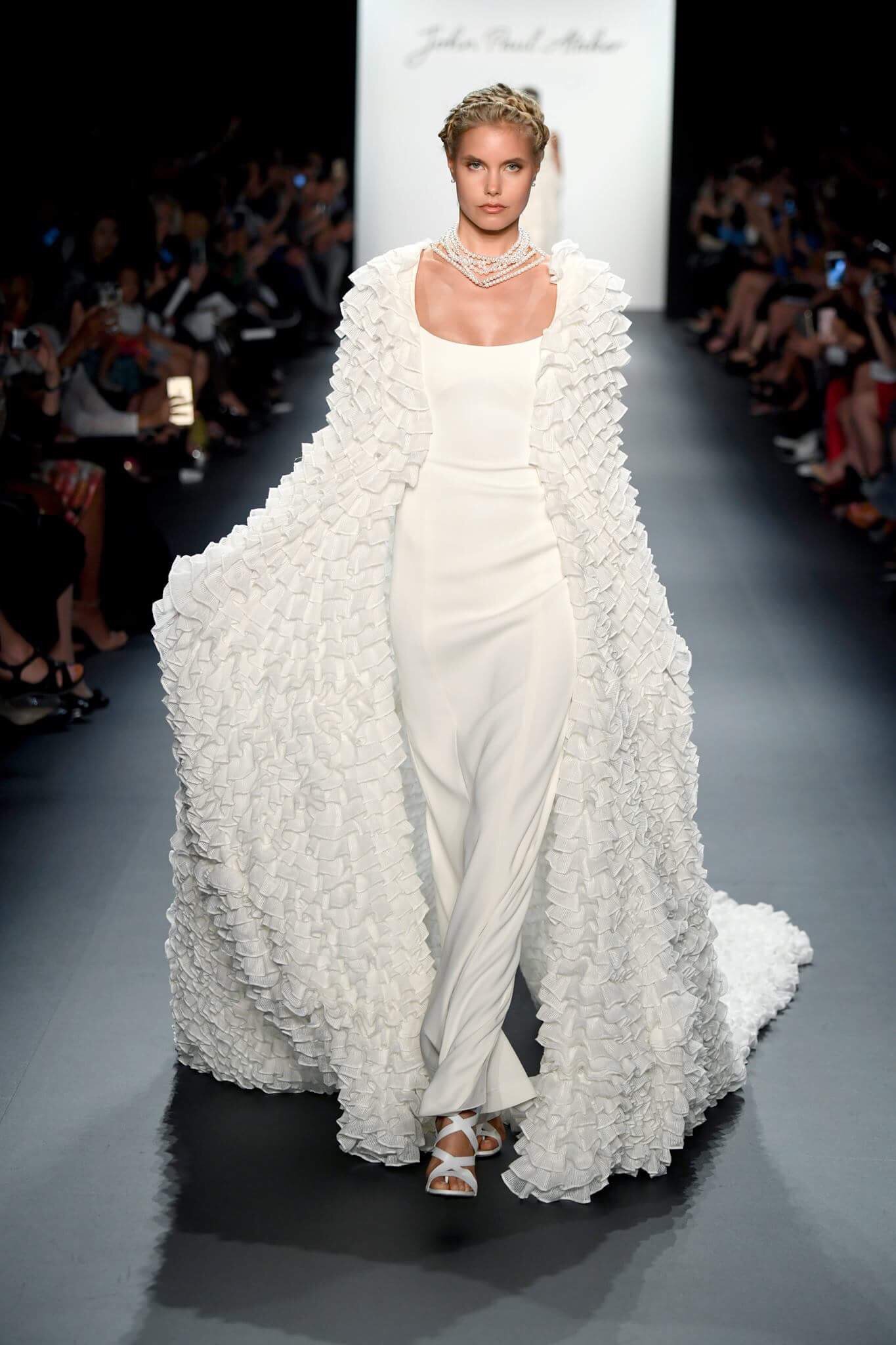 Ambassador Pritan Ambroase had a tete-a-tete with designer Numan Nimet:

PA: Numan what has been your biggest challenge in the New York Fashion Scene?

NN: It is stressfull as there is a lot of work due to standards being very high, but it is all worth it in the end. Because the standards are so high, it makes me aim higher as the designer and in the end the show comes out great.

PA: And I can vouch for that as I was there, words will never do justice to your show, it exceeded all expectations. I love the fact that you call yourself a “tailor”. Do you have an idol, maybe someone in the fashion industry that inspires you?

NN: That is because I am a tailor. I started this journey working in my family’s company when I was ten yeas old. At that age and in those times, tailors did not come with a horde of paparazzi and photographers following them around. It was about these threads and what I could transform them into. My idol is Franck Sorbier – because he is also a tailor and very down to earth.

PA: Since starting out as a ten year old tailor in Turkey, you have gone on to live around the world. I am about traveling the world and not believing in borders. Which is your favorite city and why?

NN: Seoul, South Korea. I have been there so many times in the past for business and see the city as my second home. People are very respectful and welcoming

PA: Would you say your success has been pretty fast as you have been featured in so many magazines and this is only your second NYFW show, what do you think is your one secret to success?

NN: I have been in the fashion industry for almost 40 years as I started when I was 8 years old so I dont think the success came fast, 40 years is not a short period of time.

PA: You started out at 8 years old, remarkably young so in all that time has there been a moment when you wanted to give up on this career, what was the one thing that made you not give up?

NN: That feeling of giving up is not an option I give to myself. Yes I have had difficult times, but I always, always had hope. Difficult times just meant that I gave more effort and worked even harder.

PA: I think that is a mantra that we can all learn from, to make sure that difficult time equals giving more effort and working even harder. I admire that. To anyone who is starting their career as a fashion designer, what would be your top advice?

NN. A lot of work and all of your effort. To make it your life. And always remember that family values are very important.

NN: The reduction of societies, the fact that societies are becoming more extinct. Eccentric cultures are my inspiration.

PA: And with that line of wisdom, I am pleased to say I look forward to your show in February 2017. Best of luck with NYFW FW17.