For those seeking the ultimate track-day experience then McLaren Group’s new racing arm ‘McLaren GT, could well have the answer with this track-focused concept, the 12C Can-Am Edition, which will be debuted at the Pebble Beach Concours.

In tribute to cars of Bruce McLaren and Denny Hulme which were extremely successful throughout the 1960s and 1970s, the 12C Can-Am Edition is finished in striking shade of McLaren Orange. The bold hue is in dramatic contrast to the roof, door and bumper sections, finished in satin black, while carbon fibre also features on the side radiator vanes, wing mirrors and engine cover. The McLaren badges on the front and rear are also finished in carbon fibre. Beneath the surface, the 12C Can-Am Edition shares the same carbon fibre MonoCell chassis as the 12C road car. 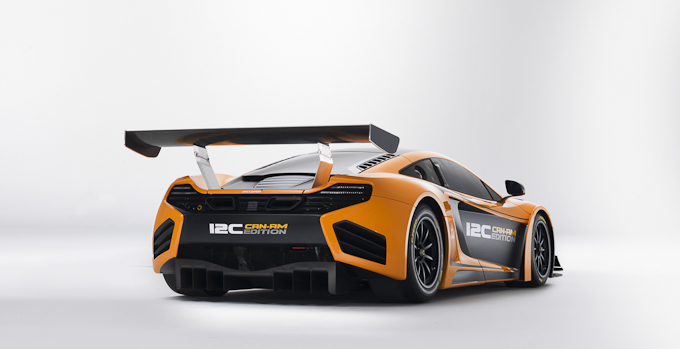 Although only a concept at this stage, the revised version of the familiar 3.8-litre twin-turbo V8 engine would feature a unique engine calibration with an optimised cooling system allowing a power output of up to 630hp. With an overall dry weight of just 1,200kg (2645.5lbs), this would make it the most powerful 12C derivative available.

The unique aerodynamics of the 12C Can-Am Edition, as with the 12C GT3 race car, have been honed by McLaren Racing using Formula 1 technology and simulation to optimise downforce. This unique package offers an increase in downforce of 30 per cent. 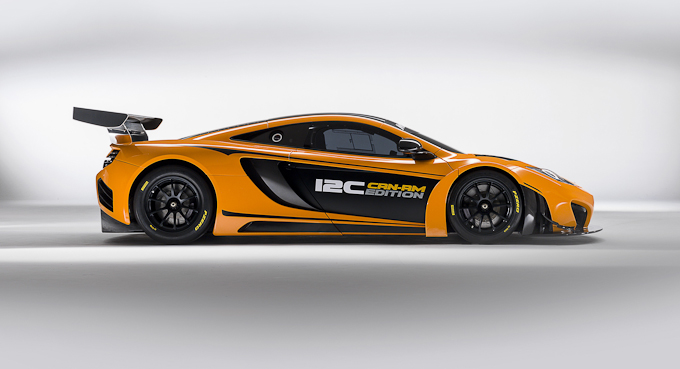 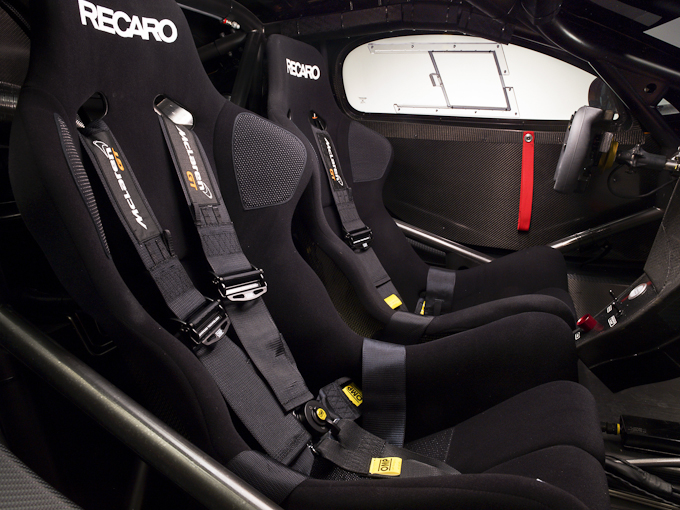 Due to the immense extra power output of the 12C Can-Am Edition, this would need to be kept in check with a braking system developed by Akebono which would sit behind a set of black satin-finished forged lightweight racing alloy wheels, sporting Pirelli racing slick tyres.

Inside the cockpit, the 12C Can-Am Edition is obviously race ready, with two black race seats, full six-point harnesses and a full race-specification rollcage. The steering wheel is carried over from the 12C GT3, with the shape and grip derived from that of Lewis Hamilton’s MP4-24 Formula 1 car, while carbon fibre detailing also continues throughout the cabin, across the dashboard and sill panels. An integrated air conditioning system, mandatory now in a growing number of race series, is also present.

To find out more keep glued to McLaren’s Website: www.mclaren.com