Galloping the highways and byways of 18th Century Europe, it’s unlikely the four women known as the Holdup Heroines could have imagined their debauched tales would inspire parties in modern day London.

The trail of beautiful masked & costumed things arriving at the equally ancient no.21 at Home House, designed by Candy & Candy are no strangers to the legend, having helped celebrate the adventures of the Holdup Heroines in a series of invite only masked balls over the last 6 years. 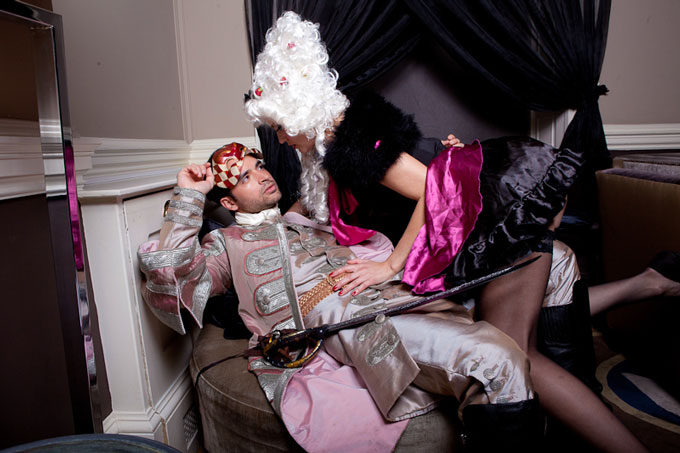 Described as ‘Charlies Angels meets the Four Musketeers’ Holdup Heroines brings girl power to the deliciously sensual period costume party, gilded with theatre and framed with a deep storyline that would make a Hollywood mogul twitch. Guests are expected to dress the part and woe betides those who don’t, a fabulous Dandy berates underdressed attendees on the door. Deep, uplifting sexy house music is the soundtrack to the 18th Century mansion’s beautiful interiors as masked guests drift between 2 dance floors, 2 bars (one of which is dominated by Candy & Candy’s renowned centre piece bar design) and the garden ‘Library’. 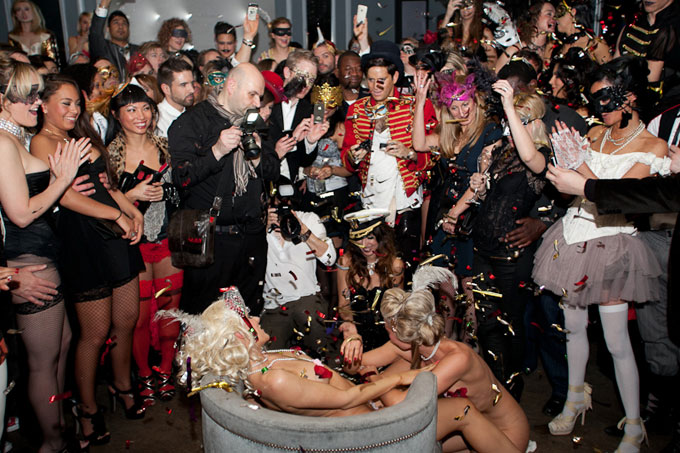 In this latest of ‘adventures’ (the organisers like to describe each party as a new episode in the Holdup Heroines storyline, much like a movie sequel) Holdup Heroines & The Circus of Seduction, we learn a little of the Russian star of the quartet of highwaywomen. A Circus theme complete with roving Russian bear, period style performers and seductive performance from Painted Love drew guests deeper in to Holdup Heroines very tantalising web. One feature to watch out for is the theatrical fashion shows. Part theatrical work, part catwalk, with music, tailored special effects and actors in costume pursuing the models (or often getting seduced by the Holdup Heroines before they catch their prey) the organisers have gone to great lengths to create a unique event that is more than just a DJ in the corner which Londoners are increasingly tiring off. This month Janna-Elise, one of the latest young designers interning for Vivienne Westwood showed off her couture leatherwear collection.

The Holdup Heroines are once again sharpening their sabres and loading muskets for another outing on Sunday May 6th, this time they plan to gatecrash Marie Antoinette’s infamous ‘Court of Excess’, bringing a decadent French twist to the 18th Century party. If you value your life, your love and your money one can only imagine this is not the sort of soiree for you, however if a little danger, derring do and costumed adventure is your thing, then saddle up and join the girls.

To ensure you do not miss out next time around we have secured some very exclusive tickets to the next event on Bank Holiday Sunday May 6th. Please note however that we only have very limited number so to be in with a chance of securing some you will need to move quick – http://exclusiveeventstickets.cdclifestyle.com.