Not content with merely being a mother (fourth child, Harper Seven Beckham born on 11 July 2011). Victoria Beckham is back in the news unveiling a highly exclusive and elegantly stunning white crocodile-skin handbag for Selfridges. The white handbag features a gold link chain strap and will be retailing at £8,995 as part of Selfridges’ 2011 White Christmas collection.

While Beckham may not be a top designer, she certainly knows a thing or two about handbags, with a personal collection of over 100 Hermes bags worth over £1.5 million. 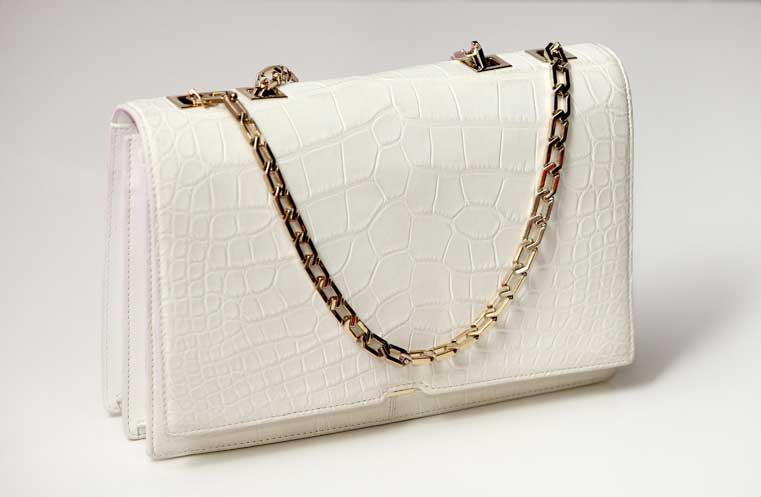 Unveiled at the Oxford Street Selfridges store on Friday, it could well cause some upset for animal rights group PETA (People for the Ethical Treatment of Animals), due to her use of reptile skins in her handbag designs. In the recent past, PETA had approached Victoria Beckham, requesting her to avoid using reptile skins in her luxury handbag designs due to the resultant suffering of lizards and other reptiles who are often skinned alive for fashion. However, the group has remained appreciative of her avoidance of using animal fur in her creations.

The Selfridges’ White Christmas 2011 line will officially be available at Selfridges.com as well as at retail outlets in London, Manchester and Birmingham from next month onwards.