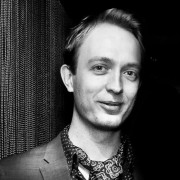 Having originally started out as a budding musician and producer, Sam's career history is about as diverse as his ambitions. Having worked in finance up until the market meltdown of 2007-2008, Sam then built up a successful Apple-centric IT business that essentially seed funded Comte des Cierges. He has subsequently dedicated his efforts into both developing the website and drawing upon his artistic side to become one of the sites most prolific writers, where he can never resist scoping out London's top 5-star hotels and more recently rekindled his passion for motoring.

Sometimes the best things are those on your doorstep, so with that in mind I decided to call in at the Brompton Bar & Grill which I regularly find myself strolling past on my way home from the office.

Other than the obligatory hearty Christmas dinner washed down with enough alcohol to drown all the relatives, since my childhood I have always remembered Christmas by the games. Whether it meant losing against my Grandmother over a Scrabble board or getting too greedy expanding my property portfolio in Monopoly, games always had an active way of bringing all the family together. With this in mind I have created a round up of my Top 10 Games for Christmas; here you will most certainly find something to bring even the extended family together.

As the unmistakable sound of the highly tuned four-cylinder boxer engine roars to life with its addictive exhaust note that resonates with the prowess of over a decade of rally success, I find myself with a childish grin firmly planted across my face in recollection of exactly what the WRX STi is all about

Let’s face it, we all have an iPod/iPhone or equivalent device, and most of us will have had a free pair of in-ear headphones bundled-in.  Now as all fellow idevice users and no doubt other brands (not wishing to single Apple out), will testify to, there will come a time when you need to replace them.

Peugeot knew it had to pull something special out the bag to save face, and if looks are anything to go by then I believe that the RCZ could well be the answer

A Mecca to motoring enthusiasts across the country

Although much like a hotel in many respects, the Grosvenor House Apartments marks the group’s first foray into the business of serviced residences in the UK

Based on the principle of sharing, Dishoom serves up an almost Indian tapas-like menu

A welcome addition to the trendy new St Martin’s Courtyard development, SUDA Thai serves up cuisine that is as contemporary as the development itself. Set over two floors with the added addition of alfresco space, this restaurant is as stylish as they come, with the floor-to-ceiling glass front creating a particularly bright modern dining space. The stark contrast between the dark feature walls and light flooring is further opened up by the high ceilings with exposed structural steels and an industrious looking ventilation system that runs along it. Low hanging lights over the individual tables provide just enough intimacy for couples seeking a more secluded dining experience whilst a scattering of plants break the otherwise entirely open-plan space and keep the Feng Shui conscience at ease.

Located just around the corner from Piccadilly Circus, Assaggetti is right in the heart of the West End’s Theatre circuit and directly opposite the Theatre Royal Haymarket. Whilst I do not want to pigeon-hole it as Theatre going restaurant, it certainly does lend itself well to being the perfect pre-Theatre destination for nibbles and nourishment.

Always one of our firm favourites when it comes to London nightlife, The Valmont Club always seems to have something new up it’s sleeves…

For 10 days of March, Geneva is literally the only place to be for those either working in the automotive industry or simply passionate…

It is certainly true that the best things in life don’t come easy, and it has to be said that finding Barts is just…

Situated just off Oxford Street tucked down the side of Selfridges, Après London is one of those hidden gems of a venue, where once…

Taking over the former site of previous celebrity nightlife hotspots Crystal & Merah, ‘Project’ is the hottest new club to be launched, situated in…

At long last! As anyone passionate about their photography will confirm, this is one of the most anticipated news stories in the photographic world…

Bugatti is set to unveil the most powerful roadster of all time at the 82nd International Geneva Motor Show at the beginning of March….

Arguably one of the best industry showcases for up and coming musical talents in London, Showcase Live celebrated their 5th Birthday this Monday, and…