Taking over the former site of previous celebrity nightlife hotspots Crystal & Merah, ‘Project’ is the hottest new club to be launched, situated in the heart of Fitzrovia, just off of Oxford Street. Project is definitely the nightclub to visit right now, perfectly catering for the nightlife revelry of London’s glamorous socialites, and aficionados of the finest House music.

Planned with the VIP in mind by the same interior designer responsible for the Armani Privé Clubs, the arty decor and trend-setting blueprint has completely done-away with the conventional dance-floor concept and reinvented the nightclub layout. As strange as this may sound in concept and practicality, this actually worked wonders for the ambience, resulting in an uplifting well-spirited crowd, a far from the over-wise pretentiousness often instilled by segregating those with tables from the rest of the club-goers. On the other-hand though, it also encourages those who really want a wild night out to take to their tables or flaunt it on the almost catwalk-like raised under-lit platforms. For the more discreet clients however, Project additionally includes several secluded VIP sections with hosting/table service that would even make the Royals feel at home. 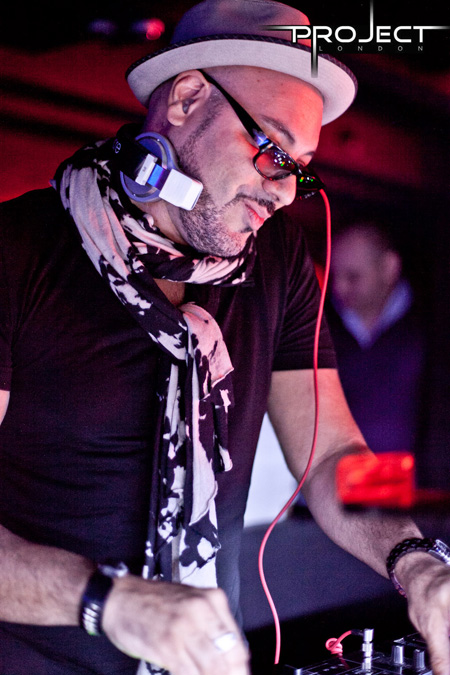 One of the key objectives for Project during their multi-million pound refit, was to ensure that the venue would become a firm favourite amongst music fans who enjoy a sophisticated night out. It was quite evidently the case not a penny had been spared on the sound-system, or equally impressive acoustic treatment, which firmly ensured that the music always remained tight and punchy no matter how far it is cranked. Whilst on the top of cranked music, I could not believe how lucky we were to see none other than Internationally renowned DJ Roger Sanchez take to the decks, who decided that he would show up for an impromptu and non-advertised DJ set whilst in the UK. I can also say without a doubt that judging by the latest technology on display in the booth (including the first set of Pioneer DJS 2000 decks in the UK), this place is going to have the world’s top DJs literally queuing up to get a set.

The fact that the club has only been open for three weeks and was already completely full (even on the Tuesday night that we showed-up), is testament to the calibre of talent behind the scenes, with successful entrepreneurs Mounir Badaan and Omar Wansa, partnering with London nightlife luminaries Luca Maggiora (previously of Luxx), Jordan Rocca & Antonello Dato to bring this vision to life. Their collective visions, vast experience and passion for House music certainly guarantee that Project will soon forge a name for itself as one of the hottest, most exclusive nightclubs in London.

Memberships for Project are still available, yet issued strictly at the management’s discretion. Project is also available for private hire and events.