The Cadogan is one of London’s prestigious Knightsbridge hotels. At the grand age of 126, it is steeped in character and charm, and has a fascinating history.

The hotel was once the home of Lillie Langtry, the famous actress and close friend of King Edward VII. However, The Cadogan is best known for its association with Oscar Wilde. During his many stays in room 118, Wilde would often be found at the bar sipping a glass of his favourite tipple, Perrier-Jouët Champagne, whilst satiating his 100-a-day cigarette habit.

Built in 1887 by William Willet, this imposing townhouse has been designed and decorated to the highest standard of luxury. Some of the original features still remain, including the wrought iron lift in the reception area and the stained glass windows in the Drawing Room. 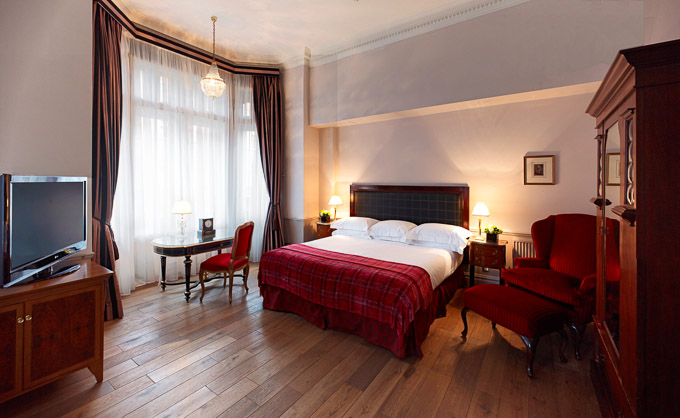 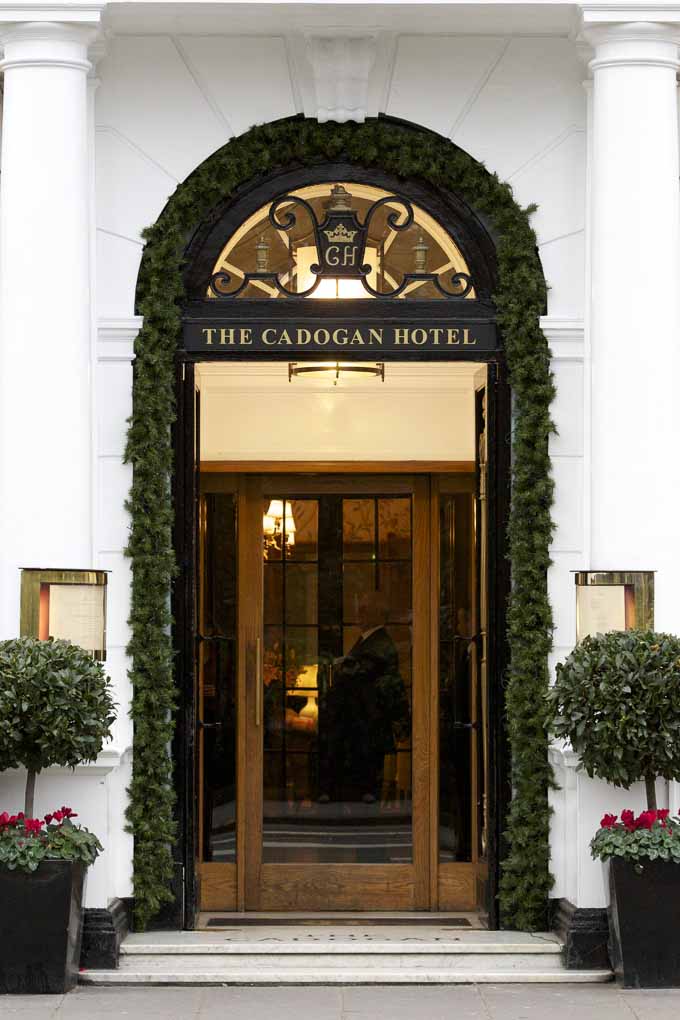 The Drawing Room is a bright and warm space with sumptuous sofas, oak panelling and a quintessentially British feel. Come 3pm the place is abuzz with guests settling down for Afternoon Tea. The hotel has just introduced a new Afternoon Tea in association with Partridges, Royal Warrant holders as grocers to Her Majesty Queen Elizabeth II. The Afternoon Tea features assorted sandwiches, home-baked scones and pastries. It also includes a Chelsea Bun, which was first created in the 18th Century at the famous Old Bun House near Grosvenor Row.

Throughout the 64 guestrooms, muted and warm colour tones have been used to accentuate the decadent velvets and luxurious textured materials of the furniture, all adding to the inviting and timeless ambience of the hotel. Room rates start from £210 per night including VAT.

The hotel also has its own restaurant, Great Taste at The Cadogan. The moment you walk into Great Taste at The Cadogan you are greeted with high sculptured ceilings, a proud marble fireplace and oversized mirrors and chandeliers. The warm, soothing candlelight is absorbed by the ornate walls and door frames, providing an intimate, romantic setting. The gentle hum of conversation hangs in the air as diners browse the extensive menus and wine lists. Each table is beautifully set, with impeccably polished cutlery and delicate wine glasses.

Great Taste at The Cadogan is a concept restaurant for award-winning British produce. For nearly two decades, the Great Taste Awards have been regarded as the ultimate food industry accolade. This year the awards have received more than 10,000 entries with the winners announced in July. The highly regarded Great Taste Award stickers can be seen on produce in Harrods, Fortnum & Mason, Waitrose, Planet Organic, Partridges, etc. 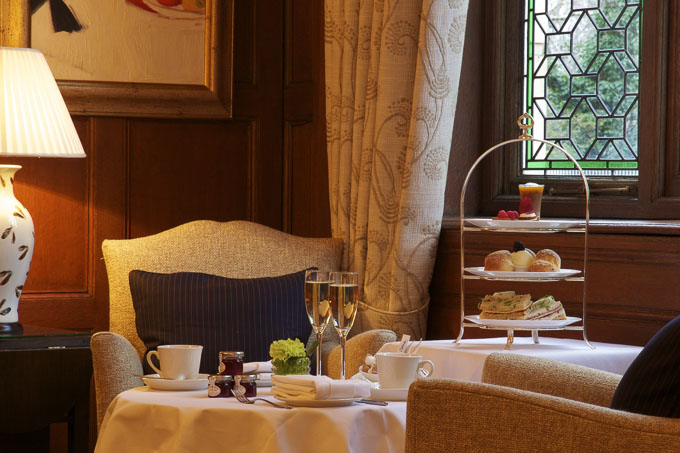 The current menu has been devised by the Evening Standard’s legendary restaurant critic Fay Maschler, her sister, the chef Beth Coventry, and Head Chef Oliver Lesnik. They have worked together to incorporate and capitalise on the products that scored most highly in the Great Taste Awards this year. These Three-star Gold products – the epicurean equivalent of the Booker prize – are the cream of quality performance from small impassioned producers.

The Rhug Lamb Tagine is particularly noteworthy; the delicate and tender meat literally slides off the bone. The produce is one of the main factors in the success of the dishes, and is a great way of highlighting the quality and variety of food produced in the UK. Priced at £18 for one course; £23 for two courses; and £28 for three courses, the restaurant proves that you don’t have to spend a small fortune to be able to enjoy fine dining in stunning surroundings.

Throughout dinner the staff glide effortlessly over the polished wood floor. They move from table to table, talking diners through the concept and recommending dishes according to tastes and preferences. They are attentive but not intrusive, warm but not forceful. The service is wonderfully harmonious with just the right amount of time left between courses.

Great Taste at The Cadogan is a triumph. By using award-winning produce and the expertise of Fay Maschler, Beth Coventry and the wonderfully talented Oliver Lesnik, it offers unique menu that really delivers in terms of creativity, flavour, quality and value for money.

During 2012 the ‘Great’ was put back into ‘Great Britain’, Great Taste at The Cadogan, and The Cadogan hotel, most certainly achieves in flying the British flag.