When one thinks of Champagne, the word conjures up images of effervescent bubbles.  The word is synonymous with fun, parties and celebrations but also leads one to think of expense.  However, there are a number of varieties available which won’t cause a big dent in your bank balance.  Here is a brief guide to Champagne – what it is, ways to consume it and best varieties for value for your money.

Only wines from this specific area, made from the white grape chardonnay and the black grapes, pinot meunier and pinot noir, may call themselves champagne.  They must also be secondary fermented in order to make them carbonated, thus producing their signature fizz.

Last year the British sipped 30 million bottles of it, more than anybody else in the world.  The UK is the world’s biggest importer of Champagne, and there is no shortage of places to drink it.

Just because a bottle may be Champagne doesn’t ensure that it is of great quality.  Rather the term ‘Champagne’ denotes the geographical origin.  It is better to drink a high quality sparkling wine than poorly made Champagne.

Champagne does not have to be restricted to an aperitif or just enjoyed with canapes.  Instead, it goes exceedingly well with caviar and other seafood.  Pair your tipple with smoked salmon, gravadlax, oysters, clams or mussels.  If you really want to push the boat out, Lobster in a light white sauce is a fantastic combination.

Sweet champagnes compliment desserts such as sweet soufflés, fruit tarts and strawberries and cream. If you are a regular glugger of this fine tipple, a good investment would be a champagne-stopper.  This will keep the bubbles fresh for up to 36 hours. For those of you who are partial to a Kir Royale and don’t have any crème de cassis lying around, then a thimbleful of Ribena works surprisingly well instead. 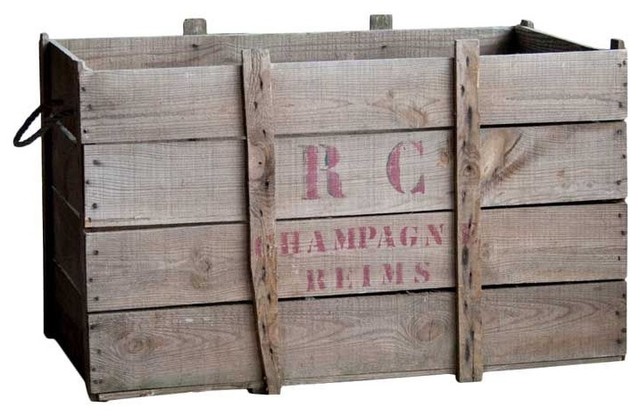 One of the golden rules of Champagne storage is never, EVER freeze it!  This will completely ruin the aromas and flavours.  Instead use an ice-bucket with both cold water and ice.  This will ensure your bottled is chilled within 15-20 minutes.

Make sure that the bottle is spelled “Champagne”, with a capital C. French manufacturers are very protective of this very name, and therefore are the only ones that are authorized to use it.  If it doesn’t have this exact, case sensitive spelling, you might in fact be drinking bog standard sparkling wine.

The Champagne industry is dominated by several, well-established and prestigious Champagne Houses.  These include but are not limited to:

Bollinger Champagne, founded in 1829 which is still 100% family owned today. Bollinger have also been growers and producers from the outset which is quite rare.  70% of Bollinger’s grape supply comes from its own vineyards. This is evident of their commitment to true standards of excellence which has guaranteed their name as one of the leading Champagne producers.

The name comes from the remarkable lady, Madame Clicquot who took over her late husband’s Champagne house (hence the name Vueve meaning widow in French).  This was a fantastic achievement for a women living in a male-dominated world.  She was an astute businesswoman, enlisting help wisely, taking tactical risks whilst also making important technological innovations (including the invention of remuage or riddling).  Madame Clicquot set the bar high and this has led to the success of the House as globally renowned force. 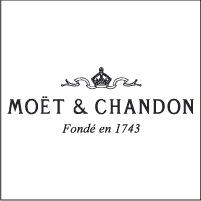 Moët & Chandon is the world’s largest champagne producer.  Claude Moët, a wine trader descended from an old family resident in the Champagne region since the 14th century, Founded in Epernay in 1743 by Claude Moet, it was not until the 19th century when his grandson, Jean-Rémy Moët took over that this Champagne house started to grow as it was opened up to foreign markets.

It was later handed over to his son and his son-in-law, Pierre-Gabriel Chandon de Briailles.  It was then that the Moët & Chandon name was born. Steeped in heritage and tradition, Moët & Chandon is today the leading superpower of the Champagne world.  Moet & Chandon’s reputation is unrivalled – they are at the top of the league tables in terms of export market as they sell over 80% of their production to foreign markets and it has been estimated that a Moët & Chandon cork pops somewhere on Earth every single second. With vineyards spanning a total of 771 hectares, this ensures they are the best in the region.

Founded by Florens-Louis Heidsieck in Reims, in 1785 who was not native to the region or in fact winemaking, Heidsieck worked hard to perfect his art.   He died in 1828 and was succeeded by his nephew, Christian Heidsieck, and his cousin Henri Guilaume Piper.

They combined their names to create the Piper-Heidsieck house after Henri Piper married the widow of Christian Heidsieck in 1838.  They own no vineyards of their own and instead source grapes from 60 vineyards in the Champagne region for use in their wines. They produce approximately five million bottles of champagne a year.

Established in 1734 by Jacques Fourneaux, Taittinger is the third oldest Champagne house. 400,000 cases a year of always reliable and delicious Champagne cuvee, Brut Reserve.  Taittinger is the connoisseurs’ choice of Champagne.  It is elegant, oozes finesse with a complexity and richness on the palate. Undoubtedly one of the finest examples from the region, Comtes de Champagne sets the standard that others must follow. You don’t have to stick to the mainstream when it comes to drinking Champagne.  There are a number of smaller, less well-known producers of Champagne who make exquisite varieties.

For an excellent selection of Champagne, visit wine merchants, Spirited Wines where you can buy wine online.