“How does such a small brand have such a huge Worldwide following, with their relatively compact sized cameras literally going head-to-head with DSLR photography stalwarts Nikon and Canon?….I get down to the Leica Store / Akademie in Mayfair for a crash-course in Photography before being let loose with their latest ‘Special Edition’ Leica D-Lux Titanium to find out.” 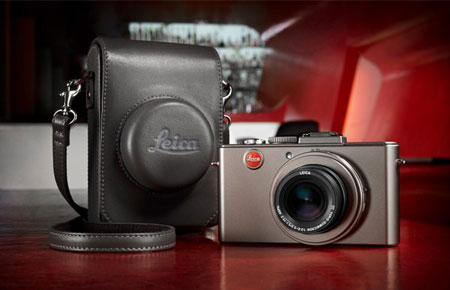 Tucked away down a quiet Mews in Mayfair, their store is like an Aladdin’s cave of ‘objects of desire’, spanning the entire current range of Leica’s offerings encased within glorious Leica-red display shelves of the ceiling height down-lit black display cabinets. The staff, all avid photographers, thankfully seem more keen to talk about photography and their passion for Leica cameras than force any sales.

As every Thursdays and Fridays 14.30 – 17.30, Leica operate a ‘Lets Talk Leica’ session, where they provide free photographic advice on cameras, lenses, software and general image critique. So, prior to taking the camera on review I joined them for some photographic inspiration before being whisked away to the Leica Academy for an in-depth one-to-one on the D-Lux 5 camera’s full capabilities with in-house creative photographer Arteh Odjidja. Having previously covered a number of events for CDC Lifestyle I was relatively familiar with the basics, yet had never truly explored my creative potential in taking settings to their extremes. Luckily Arteh was quick to pick-up on this and soon jumped in to the more adventurous settings, such as close-up macro shots with intense shallow depth of field (ie/ detailed close-up focus with blurred backgrounds), to the more bizarre such as multi-layered shots, taking bursts of images and utilising slow shutter-speeds to give a sense of movement. Having spent practically 2 hours in the shop/Akademie with the Leica gurus and learnt almost all there was to know about the D-Lux 5 camera, I was then off on my way to put it to the test. 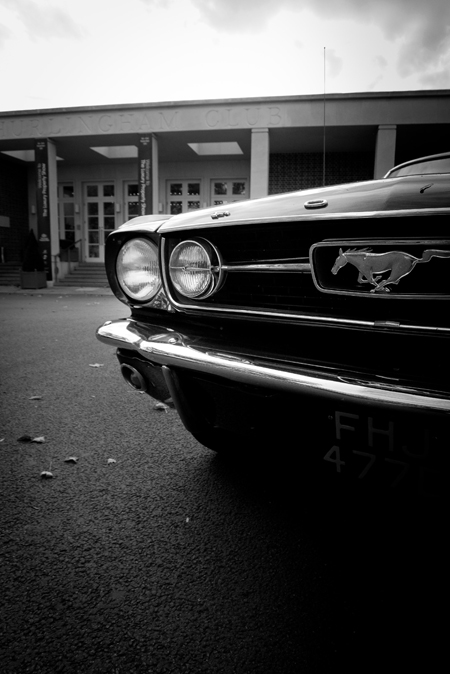 Having regularly used a camera for the purpose of covering events or merely snapping things on my iPhone for our CDC Facebook or Twitter accounts, it actually felt quite liberating to be in a position where I would have to go out of my way to take interesting photos and have the full freedom to experiment with all the camera’s various modes and settings. However, also in the back of my mind was the fact that my images would then be up for scrutiny and critique when I returned to attend an Adobe Lightroom course at the Leica Akademie to brush-up on my photo-editing skills after reviewing the camera.

Luckily for me I already had two events that I was booked to cover (namely the
Luxury Property Show and Conde Nast Traveller ‘Luxury Travel Fair’)
…plus the added welcome addition of my sister’s Halloween Party in the Cotswolds which proved to be great for landscapes some spooky portraits….

“Without launching in to the kind of hardcore technical photographic review that would not only see me completely out of my depth, but also bore you all stupid, here are a selection of the images I have taken so far. Above is one of an old Ford Mustang shot outside the Luxury Property Show the Hurlingham Club and below are an assortment of shots taken in the Cotswolds one weekend.” 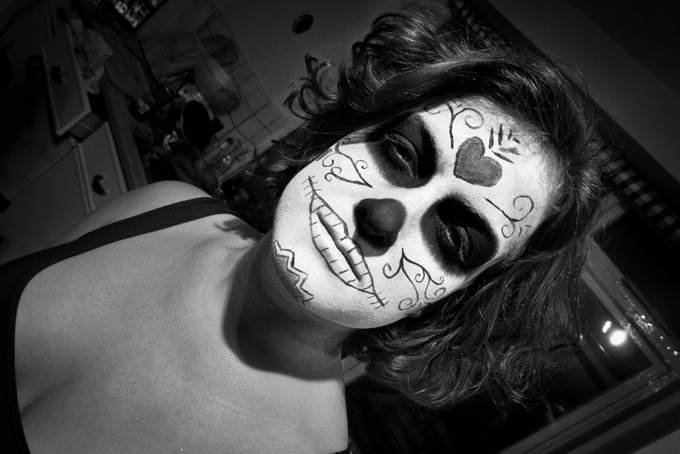 I have tried to capture an assortment of different subject matters, angles and colourations to best portray the camera’s characteristics, and having heard a number of rumours about a supposed ‘Leica look’, I can honestly say that I am definitely starting to see that. I think it is the untarnished flatness of the colours that just gives them all such natural clarity, plus an almost endearing depth that I simply just could not shake off whatever shots I tried (although perhaps I have a biased eye for quite dark and mysterious photos?). 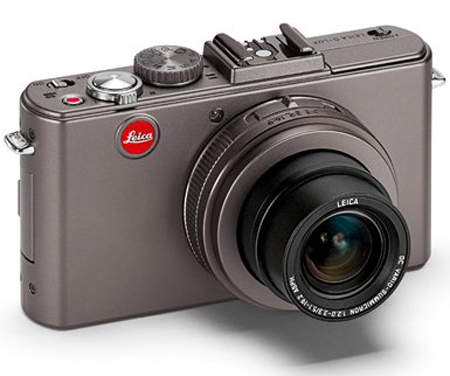 Aesthetically speaking, the first thing that was immediately striking about the camera was it’s classic retro styling, in many ways it looks like a camera should look; robust, sturdy, with a reassuring weight about it, that lends itself to Leica’s German engineering history and simple yet purposeful manual controls up-top. The back however is a lot more conventional, with industry standard 3″ LCD display, directional selector buttons, menu and jog-wheel controls. The case also looks like something that wouldn’t be out of place in a museum or old war film, but in a tasteful and authentic way.

“Full technical specification can be found on the Leica website via download for those who want the full lowdown, but needless to it has 10.1 MP resolution, 24 to 90 mm zoom, 1/1.63″-CCD image sensor (particularly large for a compact camera) and an aperture spanning from f2:0-f8:0 which is more than sufficient for everything from close-ups to landscape photography and a pop-flash for those who really insist on one.” 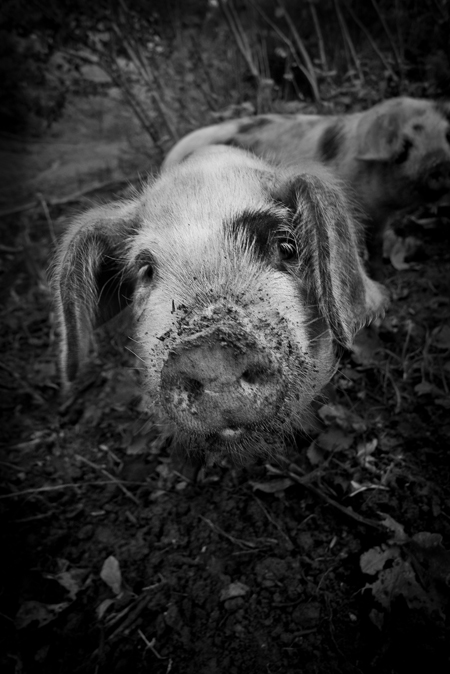 In keeping with the Leica theme, I have to say that the thing that I found most appealing and perhaps one of the many reasons why they have such a great and Worldwide established following, is there impeccable after-sales service. Ranging from the aforementioned ‘Let’s Talk Leica’ sessions to the full range of complimentary (and more thorough, paid-for) photography courses they run at their academy. One such a course is the Adobe Lightroom course run by Leica’s own Brett, which is limited to a small group of three and runs for 3 hours on alternate Thursday afternoons. Lucky enough for me they were kind enough to invite me along and wow, was I impressed. As a lifelong Photohop user (although still a relative amateur), I had to my detriment, clearly over-looked the outstanding capabilities of Lightroom (and Apple’s competitor software Aperture for that matter).

Well, was I in for a real treat or what; not only was Brett one of the most professional photographers I have met, but also he had a meticulous eye for detail and was a great visualiser for seeing what potential a shot has in the processing stages. The course rattled through all the basics and shortcut key-commands quickly on to the more advanced, and all the while remained thoroughly captivating via a mixture of processing our own shots, kept alive with the ongoing inspiration of deconstructing some of Brett’s images before he then explained his thought process in developing them. For just £125 this was fantastic value for money and clearly hope my results speak for themselves? 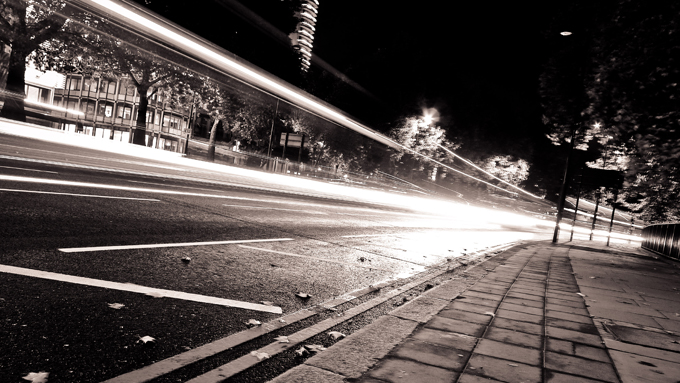 All-in-all, I have to say that I thoroughly enjoyed my time with Leica D-Lux 5 Titanium; it was portable enough to capture all those moments that I would never have gotten round to with a cumbersome and bulky DSLR and was sad to part with it. I have subsequently already been back to the Leica Store on a couple of occasions for their valuable critique on my photographs, and have always been warmly welcomed and given nothing but great advice…. so I’m already beginning to think that perhaps they may well have secured another loyal Leica follower. 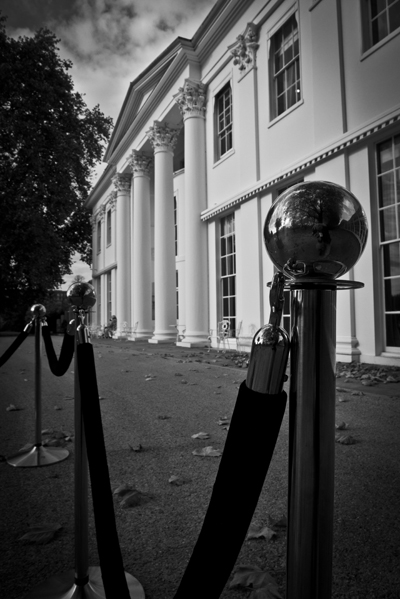 The Leica D-Lux 5 Titanium special edition set is scheduled to be available in the UK at the end of October 2011 at an SRP of £855 including VAT from authorised Leica dealers including the:

A full list of authorised UK Leica dealers is available at
www.leica-camera.co.uk.

Please note that the standard version of the Leica D-Lux is still available at just £644 along with the ultra exclusive Paul Smith cases which are only available at the Leica Store Mayfair and Paul Smith outlets.