Russian billionaire and owner of Chelsea Football Club Roman Abramovich has had a new rather unique addition built in to his superyacht. The 557-foot boat Eclipse is currently the largest and most expensive yacht ever made, with it’s price tag having almost doubled since the original plans were first drafted is now been rumoured to have cost an eye-watering $1.2 billion and due to set sail this week. When it comes to technology, Roman Abramovich’s yacht really is like a list of all Mr Gadget’s special features, it simply has it all and more; two helipads, two swimming pools, six-foot movie screens in all guest cabins, a mini-submarine and missile-proof windows. 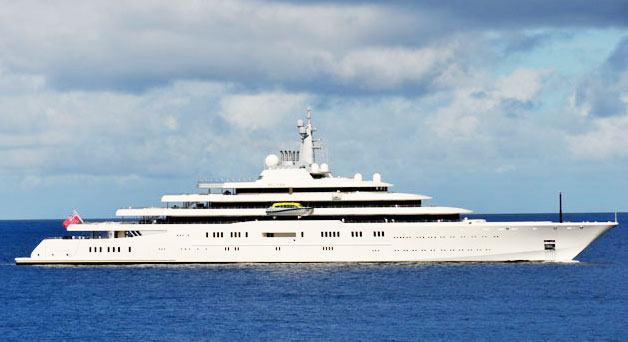 With such extravagant and rather ostentatious tastes it does not really sound like it belongs to someone who craves privacy, but alongside all the other expensive gizmos, Roman Ambramovich has also installed an anti-paparazzi shield. Essentially it utilises lasers to sweep the surroundings and when they detect a CCD sensor, they fire a bolt of light right at the camera to obliterate any photograph. According to the Times, these don’t run all the time, so friends and guests should still be able to grab some snaps. Ultimately they will be activated when guards spot any paparazzi in the horizon or loitering nearby.