Mercedes Benz Fashion Week 2014 is a success, and iconic designers, styles and celebrities have made their mark in history. Celebrities such as Anna Wintour, David Beckham & Victoria Beckham, Joe Jonas, Rihanna, Marc Jacobs, Diane Von Furstenberg, Sarah Jessica Parker,  Adrian Gernier, Tim Gunn, Zac Posen and Heidi Klum, all icons in their own right, have attended the shows. Speaking of icons and style, one iconic style that is the perfect showstopper is the Persol 714 SM Steve McQueen Limited Edition sunglasses.

Persol is a brand that has been synonymous with class and style and when combined with Steve McQueen, it means priceless legacy. A legacy of iconic style.  McQueen cemented the reputation of Persol and his own image, by appearing for the first time on set wearing the Persol PO 714 in 1968 while there to film “The Thomas Crown Affair” which made a legend of Steve McQueen. The star and the Persol model were inseparable, both on the screen and in his private life. Very few sunglasses have been able to match the mythic legacy and level of Persol 714. Today, this iconic model from Persol is reborn in a special edition that revives in every detail the preferred version of the king of cool.

Emporio Prive Vogue & CDCLifestyle Global Brand Ambassador Pritan Ambroase (insta: @pbroase) has represented Persol PO714 SM and much like McQueen™, Ambroase is also a collector of PO 714 SM and remarks, “I don’t know fashion, but I do know style. But then again I only like forever and style is forever unlike fashion which is temporary. And Persol 714 SM is style forever, it will forever be a classic. It is without limitations of time or boundaries and fits with my style along with my values. It is an honor to be associated with a brand and style that is personally linked with Steve McQueen, the legend himself. No matter the venue, event, time, country, city, wherever I am, my Persols are always complimented. Persol 714SM is the epitome of classic style”.

McQueen was a collector of Persol and specifically the PO 714 model, one of the pairs worn by him was auctioned for around $70000 in 2006. Persol celebrated Steve McQueen™, and dedicated a limited edition of 10000 pieces, all handmade and distributed globally and as PO 714 was the model favoured by the actor, it has been named Persol PO 714 SM.

The PO 714 SM special edition marks the return of blue glasses, favorite color of Steve McQueen, it  is a re-visitation to the original version and  brings back to life all the particular details which made the original PO 714 SM so famous: 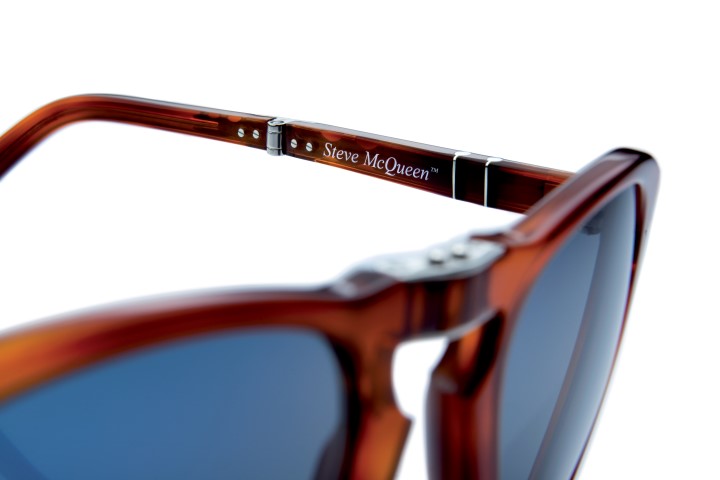 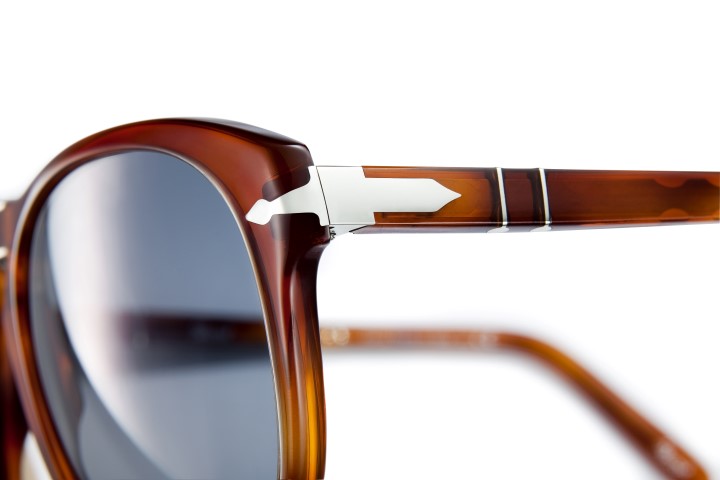 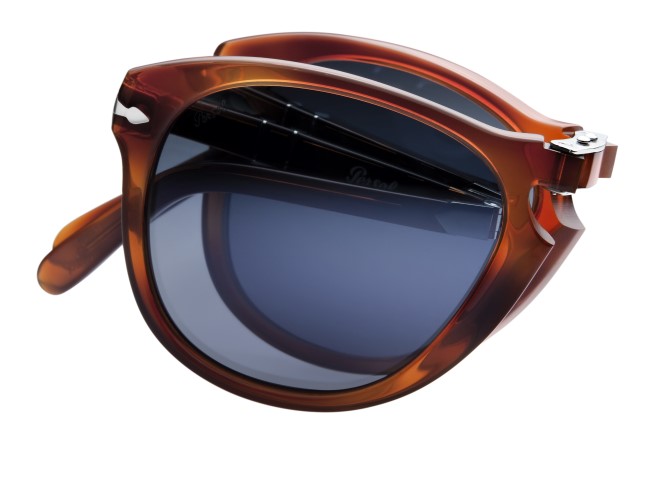 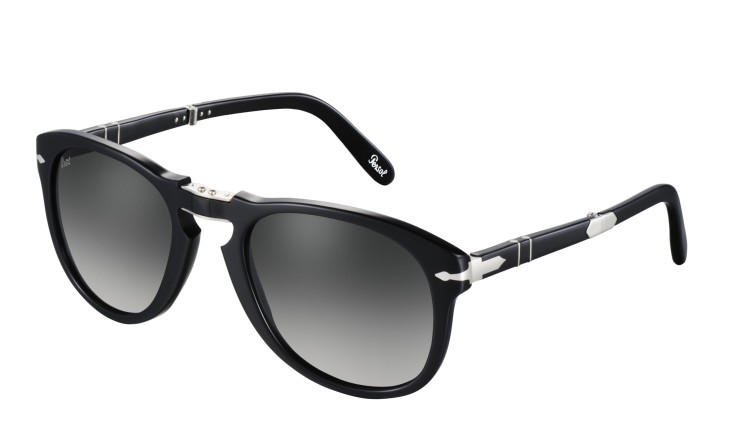 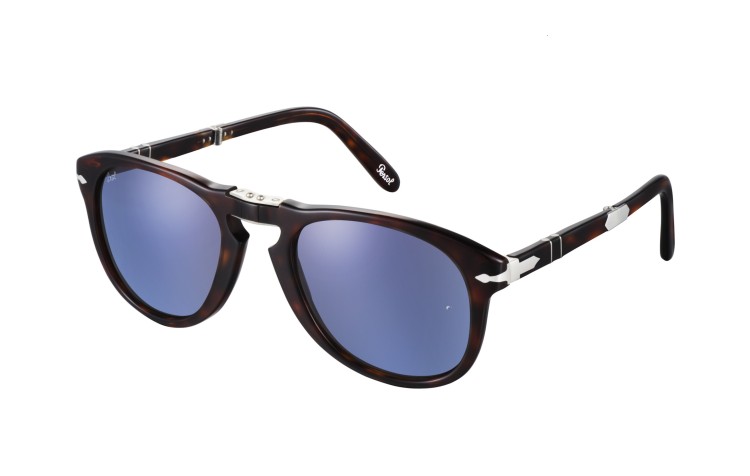 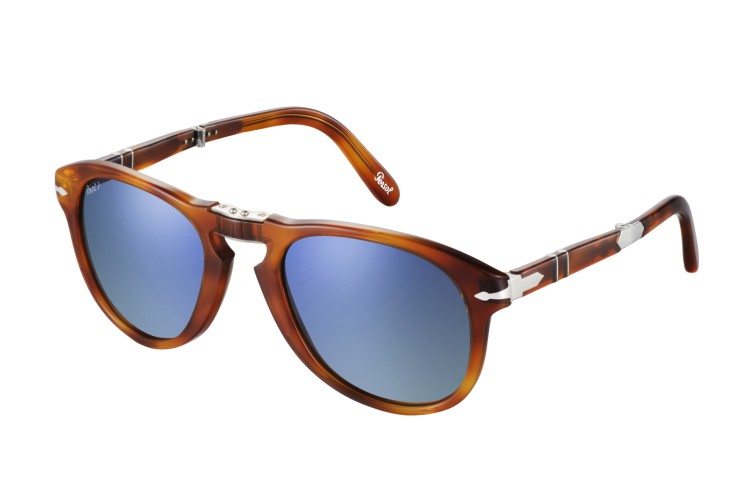 –          the folding hinge on the temple – no longer closing from top to bottom but from outside to inside;

–          the Supreme Arrow, a distinctive symbol of Persol as well as being a functional element, enclosing the hinges, and features on both the temple and the front, as in the case of the original design, and on the folding hinge mid-temples; a total of four arrows. This detail defines the model which is already so iconic;

–          the name Steve McQueen™ is reproduced inside the temple and on the elegant leather case.

Here’s an excerpt from Persol:  “It was 1968 when an already famous and charming Steve McQueen appeared on set wearing the Persol PO 714 SM model for the first time. The film was The Thomas Crown Affair which elevated both Steve McQueen and his sunglasses to legendary status. Inseparable allies in both his on-set adventures and in his personal life, McQueen, who was a fan of the Persol brand and the PO 714 SM model, owned a personal collection.”

The icon has been reborn in a special edition for connoisseurs and collectors to appreciate PO 714. Steve McQueen™, the man himself and the Persols named after him, both continue to be immortalized, both continue to style on and both continue to breathe life into a whole new generation of icons and legends in their own right, and all forever a classic.