September 19th to the 22nd saw Port Hercules in Monaco awash with a fleet of the most elite and exclusive superyachts in the world. The 22nd annual Monaco Yacht Show saw the coming together of five hundred of the industry’s top yachting companies for what has fast become one of the most fashionable affairs in the yachting calendar.

This showcase of the crème de la crème of the yachting world includes the finest designers, shipyard representatives and suppliers conveniently located together. This enables individuals desiring to own a piece of nautical luxury to have yachts made exactly according to their specifications and desires whilst relishing the experience. The annual show is the biggest exhibition of luxury superyachts in Europe and is fast becoming not only somewhere for those with a love of all things sea-bound but also a highly coveted social event for those in the know. 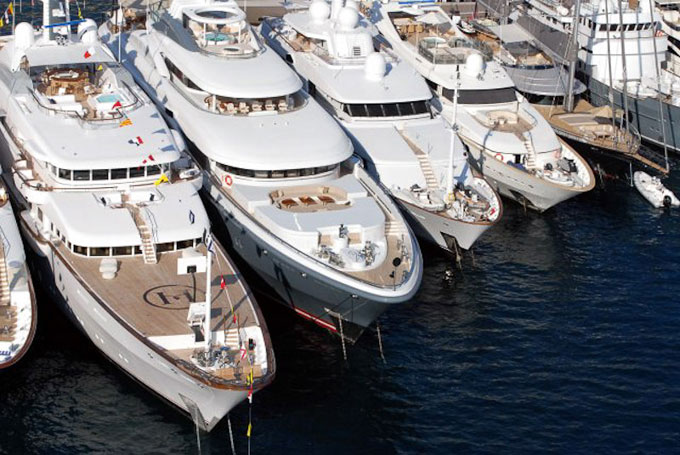 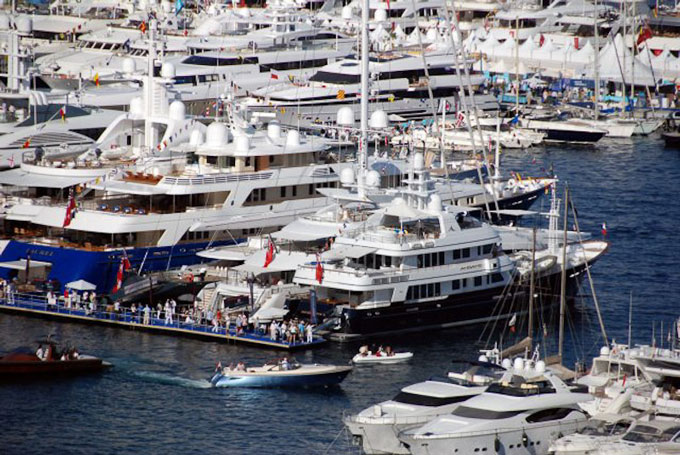 With the average time scale for the completion of a superyacht being anywhere up to four years, the conditions for designing and planning such projects should match, and be an initial indication, of the luxury of the final vessel itself. Monaco as host to the event certainly goes someway in echoing the kind of sentiment the Yacht Show intends to invoke and as for the efforts behind the 2012 show, the organisers really made every attempt to ensure business transactions are completed in as desirable and comfortable environment as possible.

For those important business deals a brand new six hundred and fifty square metre lounge area has been added within the centre of the show as well as the option of meeting buyers and designers in the more intimate setting of a private meeting room. Turning business deals into something a little more social is easily achieved by holding consultations in the official restaurant of the complex that has been designed in order to reflect the affluence of Monaco as well as the opulence of the superyachts on offer. Interior designers Sabrina Monte-Carlo as well as designer Paola Lenti collaborated with the art gallery, Opera Gallery and Baccarat, the French crystal manufacturer to produce a lavish space that provides individuals with an experience rather than a simply a meeting point. 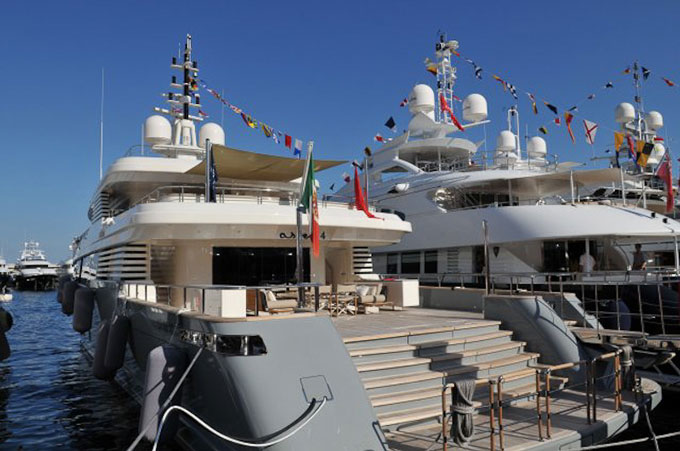 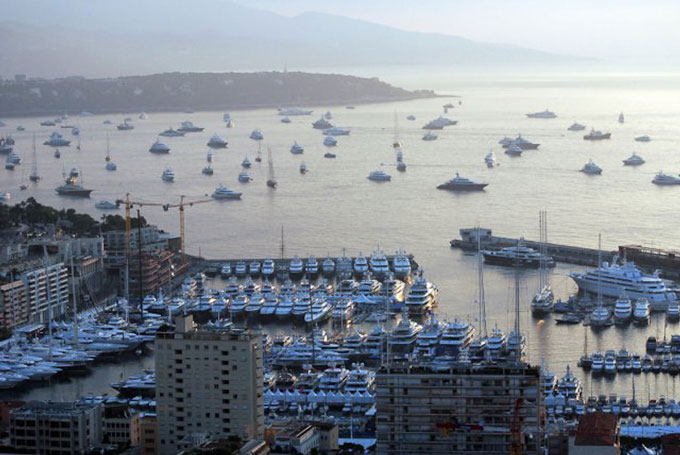 Continuing the social aspect of the yacht show, captains of the superyachts and top executives of the companies attending the show are invited to the join the Captain’s Party: something that has become famous as an iconic part of the four day show. Who thought business and pleasure couldn’t mix? The Captain’s Party is the perfect atmosphere to network with people in the industry whilst enjoying the sophisticated yet tranquil ambience of Le Méridien Beach Plaza in Monte Carlo. Attendance at the Captain’s Party is through invitation only and is the perfect embodiment of the spirit of the Monaco Yacht Show as a whole.

You’re probably wondering about the actual yachts themselves: with so many designs, gadgets and so much technology on offer to create a perfectly individual yachting experience, how can companies ensure their designs stand out from the crowd? Taking the ‘Bel Abri’ from Dutch shipyard AMELS, the innovation of British designer Tim Heywood’s sweeping curved design combined with the high quality expected from the manufacturer, means the final result is a feeling of luxurious grandeur normally only associated with much larger yachts. The inclusion of a twenty-foot sundeck is some indication of the extravagant lengths designers are going to in order to rival the competition. 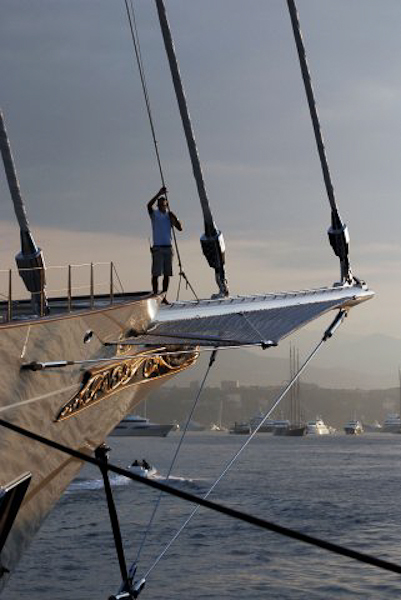 Exhibited this year by Imperial Yachts who will also represent the owner and charter of the vessel, a big emphasis has been placed on the interior living space as well as the exterior aesthetics; with a larger than usual master suite, even the facilities for the yacht’s thirteen crew are of the absolute highest quality in order that as AMELS managing director, Rob Luijendijk, puts it ‘if the yacht looks after the crew, the crew will look after the guests.’ Considering the seemingly limitless designs as well as comparing the work of countless shipyards that seek to produce new and refreshing yachts that incorporate a buyer’s own personal touches, gives some idea of just how hard buying a yacht really is!

As a result of having so many impressive yachts in one place, it seems incredible to choose just one on which to bestow the Monaco Yacht Show’s highly sought-after annual design award. However the 2012 winner was finally decided as ‘Vertigo’, a multi-award winning sailing yacht, the biggest to be produced by shipyard Alloy Yachts. In collaboration with the New Zealander shipyard, the design award was in part for the work by French designers Philippe Briand and Christian Liagre as a celebration of the first product from the partnership between the two. The sleek design and final production of Vertigo’s interior and exterior is a tribute to both the designers and shipyard and serves as a fitting representation of not only what is possible in terms of the future of super and mega yachts but also epitomises the prestige of the entire yacht show.

With the next Monaco Yacht Show already scheduled for Wednesday 25th to Saturday 28th September 2013, you can’t help but wonder about the kind of luxurious creations that will be exhibited as well as get excited at the prospect of what technological advancements mean they’ll come up with next.