Let’s face it, given the fact that it is just the start of the average person’s working week, the thought of partying hard on a Monday night is never for the faint-hearted. However, curiosity evidently got the better of us when we got an invite to check Brompton Brands’ latest offering the Rose Club.

With word that chart-topping Black Eyed Peas’ Will.i.am was due to be taking to the decks, our excitement and anticipation would have been hard to stunt. However, given that we had been invited as guests of the management and clearly on the guest-list; being left to queue in the rain for over ten minutes by the most foul-mouthed doormen on London’s club circuit was not a great start to the evening (and confirmed rumours we had heard elsewhere on Rose’s staff). For a club that states that it prides itself on having an efficient and speedy door, stating “if guests have to wait ten minutes outside we feel like we have let them down,” lets put it this way, they did just that. 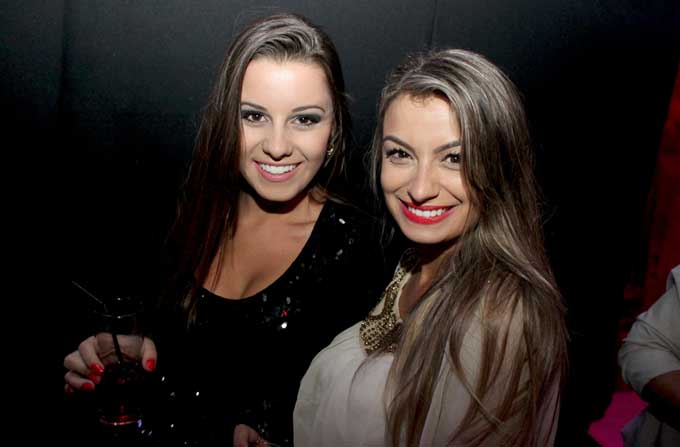 Having finally been let in, we slowly descended the steps, praying that the wait would mean the venue was high in demand and worth putting-up with the miserable door-staff and long wait to get in. Thankfully it has a decadent, theatrical and fun interior, with a prominent stage to the left of the entrance and mirrored ceilings and walls designed by Robert Angell Design Studio.

The crowd at RC was also distinctly different to the usual West end sloaney social set of middle-aged slickers and glamorous Chelsea chicks. Perhaps this is more evident on an ‘Industry Monday’ – the club’s tailor-made name for it’s Monday night guests from all the music, nightlife, fashion, food and drinks industries. The name makes total sense, since you can bet your bottom dollar that not even Will.i.am could convince the bankers to booze here on a Monday night.

The motley creative crew was young, hip and many of them, breathtakingly beautiful (clearly models). Feeling like a drink was needed, I sauntered as best I could through the crowds, and up to the ultra stylish bar. It’s here that I enjoyed an interesting new experience. I’d ordered a vodka soda lime and really thought the bartender must have misheard me since it didn’t taste at all like it. However, having confirmed it was the correct order I asked for a top-up of Vodka (maybe she’d been stingey and only poured in a drop?) but no – even then this didn’t taste like my usual order. What was it? 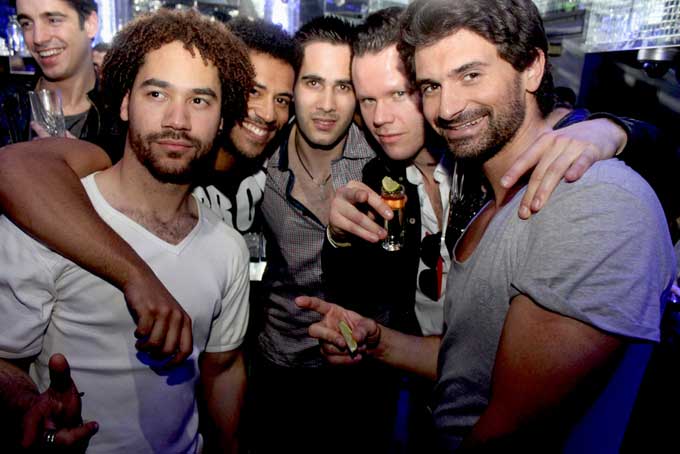 The vodka in question is Ciroc Ultra-Premium, the brand who’ve sponsored most of the clubs big events. Interestingly, unlike other Vodkas Ciroc is derived from grapes, in contrast to corn, sorghum, rye, wheat, or potatoes that are more commonly used, hence its distinctly different taste. The Vodka certainly lives up to it’s ‘Ultra-Premium’ name, having been distilled not once, not twice but five times.

The other noticeable drink on offer is the club’s signature passion fruit sharing cocktail which comes in the form of a giant monopoly piece boot, hat and battleship container. These were fab and a nod to the treasure troves that have become much loved at Mahiki (another club in Nick House’s Brompton Brands’ empire).

The next thing that caught our attention were the two swan ballerinas. Appearing initially in classic white outfits, they gave a short performance on a small raised platform to funky music. They later re-emerged as black swans right before Will.i.am came on stage, signalling the start of the real party.

All night the atmosphere was alive with energy and excitement but when Will.i.am took to the stage, the buzz reached a whole new level. It’s important to mention that Will.i.am doesn’t play every Monday so check online to see who’s playing to avoid disappointment. Among the club’s live performance hall of fame are 2Many DJ’s, David Guetta, Labrinth, Azari & III – so expect to encounter more of the same.

Our overall verdict of Rose Club? “It offers a fun twist to the more sophisticated Brompton Brands club Whisky Mist whilst perhaps a more diverse following than the typically young boarding school crowds that frequent the tropically playful Mahiki. The people here are young creative types, up for a good time without any ‘pomp’. Thankfully the disappointing start to the night was almost completely erased from our memory by the end of the fantastic set from Will.i.am.”