This is a typical Victoria scene, boats, planes and glass and steel buildings. The harbour city is the capital of British Columbia and sits at the southern tip of Vancouver Island and is one of the oldest cities in Western Canada.
Its age shows in its architecture, which is far more mixed than its bigger but younger sister city, Vancouver. Victoria has kept its older buildings intact and thus it has kept its character.

With a population of 300,000 Victoria is a small city is it’s easy to explore in a weekend – you can even do it in a day, but this means you won’t get to sample its vibrant nightlife. 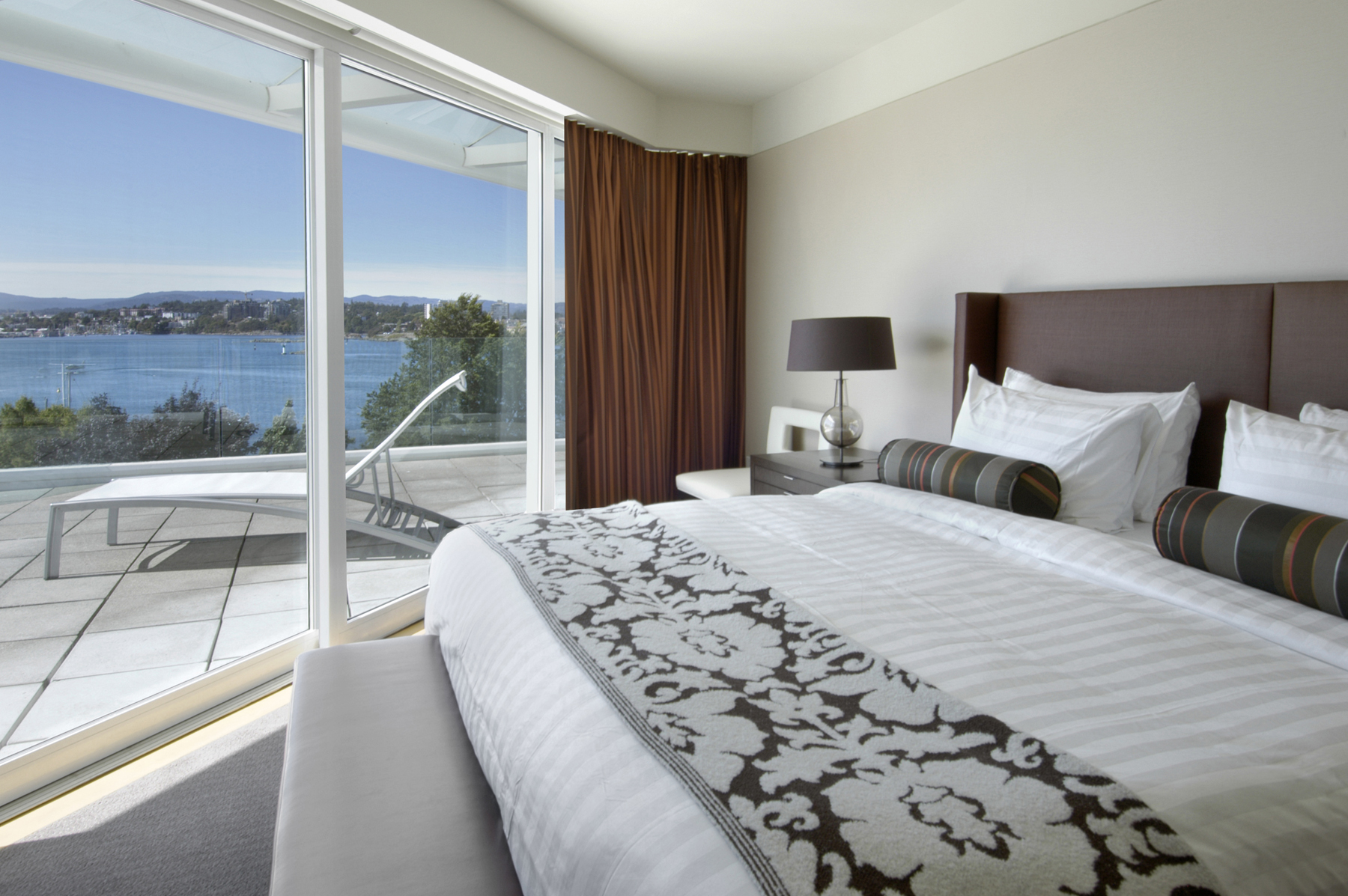 The four star, Inn at Laurel Point hotel is a great hotel to use as a base to explore the city. It is located downtown, which makes the city’s attractions easily accessible, and if you are conscious of your carbon footprint – the hotel is certified carbon natural.The Inn at Laurel Point is a little different to your average hotel. Firstly the manager, Ian Powell, is an ordained priest, who still conducts services in the local cathedral. Secondly, the hotel believes in a triple bottom line. The Inn at Laurel Point, makes a profit and gives back to the community and the environment.

The hotel has a distinct Asian feel to it. The room are all about straight lines and cool tranquil colours. The art that is dotted around the building, on the walls and behind glass is a mix of Asian and First Nations art.
The hotel’s restaurant, Aura is considered one of the best restaurants in the city. Their chef, Ito, is not just talented in the kitchen – he’s an ice sculptor too. He has won many awards for his sculptures and diners can opt to enjoy this talent through a shaved ice desserts and martini luges. 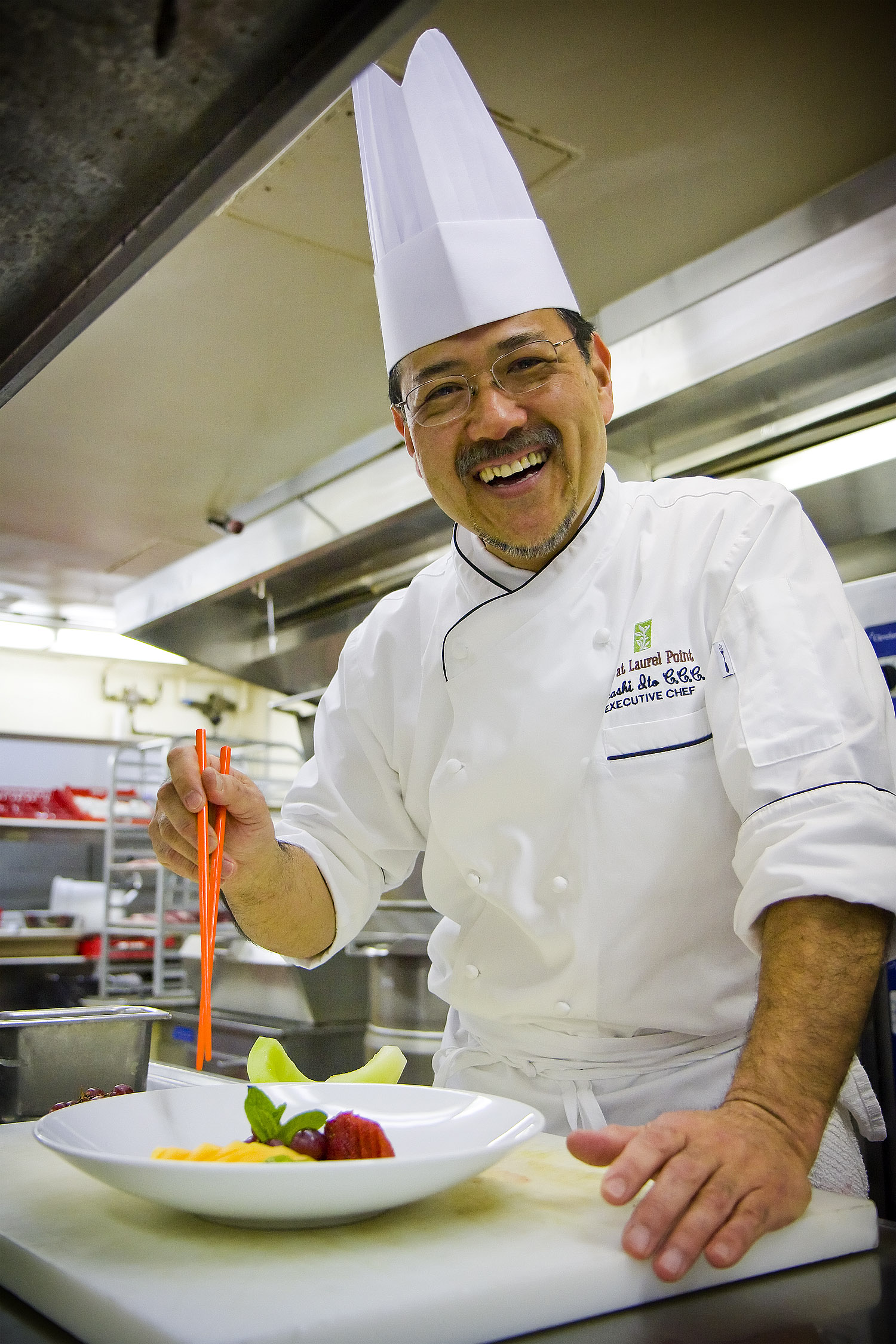 The food at the restaurant is Asian fusion, and the hotel looked out on the Pacific Ocean, seafood features heavily on the menu. Try the wild BC salmon with red pepper coulis, wasabi and edamame purée, avocado croquette, fennel salad or the ash-rubbed bc duck breast, porcini jus emulsion, green tea smoked yukon gold mash. The portions are unusually large for a fine dining restaurant. Aura, is also famous for its brunches, I didn’t have time to make it its famous Sunday brush but I’ve heard good things about it – maybe next time. If you are a foodie this restaurant should be on your itinerary!