After spending years in the shadow of vodka, gin is finally enjoying a well-deserved renaissance, hurrah, and it’s fast becoming the drink of choice in London’s trendiest bars and restaurants.

Although not originating in Britain (the heritage of gin can be traced back to the nineteenth century, when Italian monks flavoured crudely distilled spirits with juniper berries), there’s something peculiarly British about this tipple. Deriving its predominant flavour from juniper berries, today the gin category is one of the most popular range of spirits, and is represented by products of various origins, styles and flavours, all revolving around that glorious little juniper berry. We have rounded up a few of the best gins on the market to wet your appetite and get you running for the tonic. Chin chin!

Gin and citrus complimented each other so perfectly, and the folk at Tanqueray know this. Launched in 2000, Tanqueray No. TEN is an exceptionally smooth and fresh tasting gin, using whole oranges, grapefruits and limes in the steeping process, making it one of the most citrus-heavy gins on the market. Using fresh, whole citrus fruits during the process it greatly adds to the depth of character inherent in Tanqueray No. TEN gin, and sets it apart from its rivals. Handcrafted in small batches using their unique quadruple distillation process, No. TEN is indisputably a step up in class, and a smoother alternative to Tanqueray’s classic offering. It’s also the only gin in the World’s Spirits Competition ‘Hall of Fame’, which is high praise indeed. www.tanqueray.com 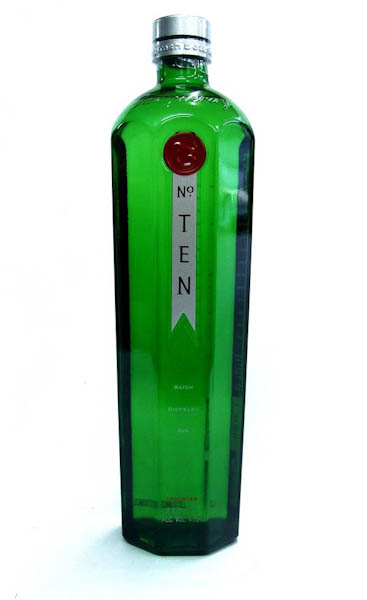 Re-released in 2008, Bols Genever is an essential addition to any gin shelf, especially if you are seeking to make authentic cocktails. We don’t want to bore you with too much of the history of this prestige gin, but we will say that it is steeped in tradition dating back to 1575, and is produced by the world’s oldest distilled spirits company, Lucas Bols. Created in Holland, Genever truly is the granddaddy of modern gins. The sweeter base spirit provides more floral and sugary notes, and is blended with botanicals such as sweet subdued juniper, honeysuckle and citrus for the perfect combination of aroma and mouth-feel. The gin has been protected since its re-release, putting it on a par with categories such as champagne, cognac and Scottish single-malt whiskey. www.bolsgenever.nl 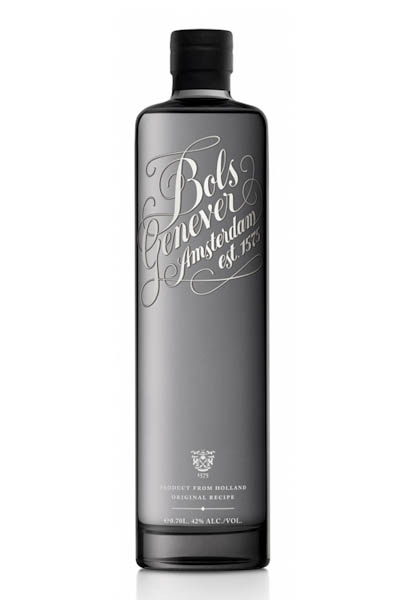 In 2008, Beefeater Gin launched Beefeater 24, and like anything typically British, the idea behind started with tea. You’ve probably had Beefeater gin before, but Beefeater 24 is a completely different kettle of fish. The gin takes its name from its 24-hour steeping process (the copper pot stills at the distillery are charged with neutral grain spirit, then the botanicals are added into the mixture left to soak for 24 hours) and the capital’s 24-hour lifestyle. Infused with Sencha tea, Chinese Green Tea and grapefruit rind, as well as 12 hand-selected, core botanicals, the end result is a clean, flavour-enriched spirit, with a truly unique character, aroma and taste. www.beefeater24.com 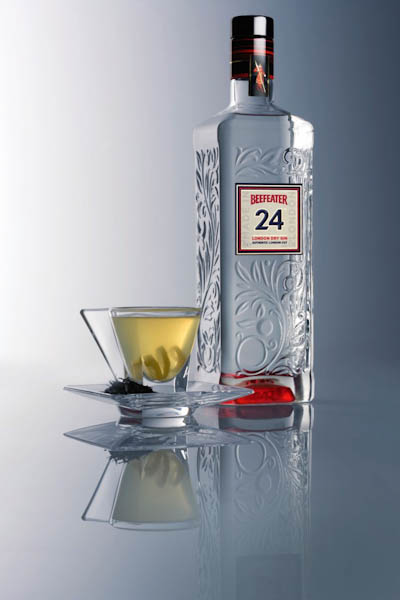 Sipsmith is a gin full of authenticity. Distilled in a copper still affectionately named Prudence, the distilling process balances a whole host of aromatic botanicals from around the world, including Macedonian juniper berries, Bulgarian coriander seed, French angelica root, Spanish liquorice root, Italian orris root, Spanish ground almond, Chinese cassia bark, Madagascan cinnamon, Sevillian orange peel and Spanish lemon peel, to create a drink that is dry, spicy and full of character. Don’t mix anything too clever with this gin and, instead, let its notes do the talking. It is not surprising to see that both the gin and the brand have been well received, as the liquid is truly exceptional and could well be a new benchmark in what a London Dry Gin should taste like. www.sipsmith.com 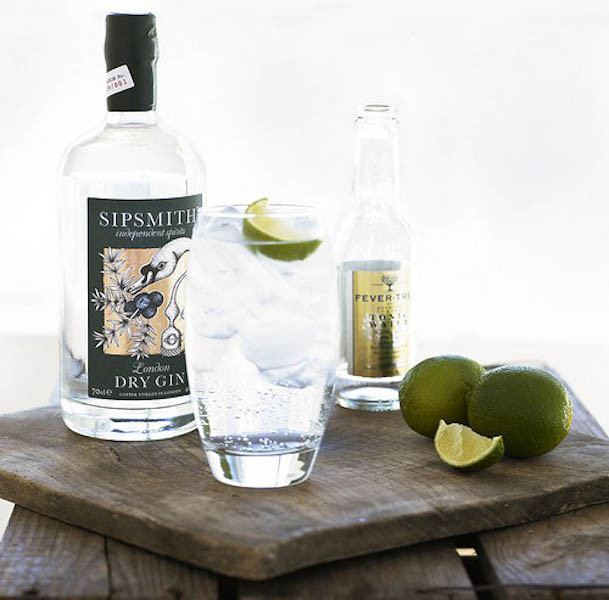 Distilled and bottled in Scotland, Hendrick’s is a super premium gin made with eleven botanicals and a unique infusion of rose petals and cucumber. With its light and refreshing taste, it can lay claim to being one of the very best gins on the market. Distilled in small batches in antique copper stills. It’s pretty hard to beat, and if you don’t like gin or don’t know where to start, this is the place as Hendrick’s is not a big juniper gin. www.hendricksgin.com 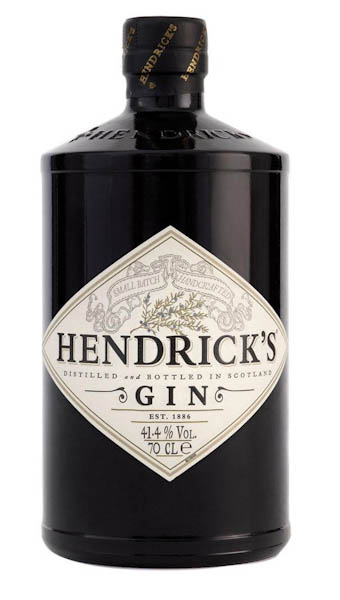 Hugely popular in the eighteenth century, Old Tom is a precursor to the gin we’re all used to now. Both’s Old Tom is a loyal homage to the Old Tom of yesteryear, with a nose strongly hinting of caraway and orange, which only adds to its vintage appeal. www.thewhiskyexchange.com 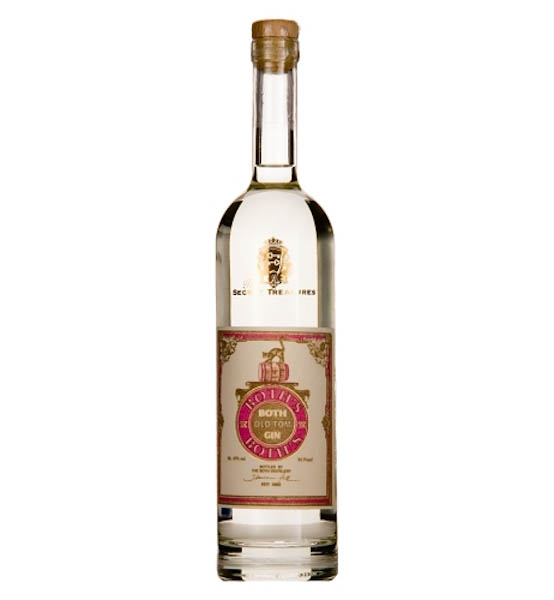 Whilst Hoxton Gin can make an interesting addition to any cocktail, the real brilliance lies in that unlike other gins, you can drink it on its own. Produced at one of the world’s leading micro distillers, Hoxton Gin is made using only the finest alcohol derived from French summer wheat. Smooth and easy on the palate, Hoxton’s has a juniper driven character distilled with exotic botanicals and sourced using the finest natural and ethically sourced ingredients including; coconut, grapefruit, juniper, iris, tarragon and ginger. To showcase the versatility of the newest gin on offer, why not create an array of cocktails? Just add cranberry juice, ginger ale, tonic, coke or lemonade for the perfect accompaniment to compliment the flavours of the gin. Tied to no antiquated values that other gins cling to, Hoxton could well be the future of gin. www.hoxtongin.com 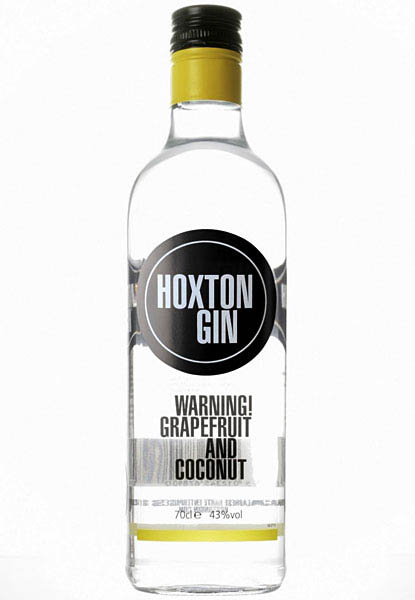