Off the catwalk style continued to flourish on to the plush Mayfair streets in an undeniably great moment for men’s fashion.

Bespoke tailors have traded in the square mile surrounding Savile Row for over 300 years, and time certainly hasn’t conquered them. The craftsmen and women continue to make the finest gentlemen’s requisites by hand in Mayfair, Piccadilly and St. James’s with the same attention to detail as they did when the commerce migrated from the City of London to surround the courts of Whitehall and St. James’s Palace after the Great Fire of London. So when London Collections: Men presented a three day showcase of British brands and businesses embedded in a cultural programme, Savile Row was certainly going to be a part, whether on or off the runway.

On the 15th June, the opening day of London Collections: Men, the prestigious Savile Row launched an ‘Open House’. The finest names opened their showrooms and workshops to invited guests giving a very close insight into the luxurious world of the eminent tailors. Each of the tailors showed a bespoke garment cut in fine quality lightweight wool to present the Woolmark Company’s Cool Wool campaign. These models were then displayed in all of the Savile Row tailors’ windows. Houses that participated in the unique occasion included: 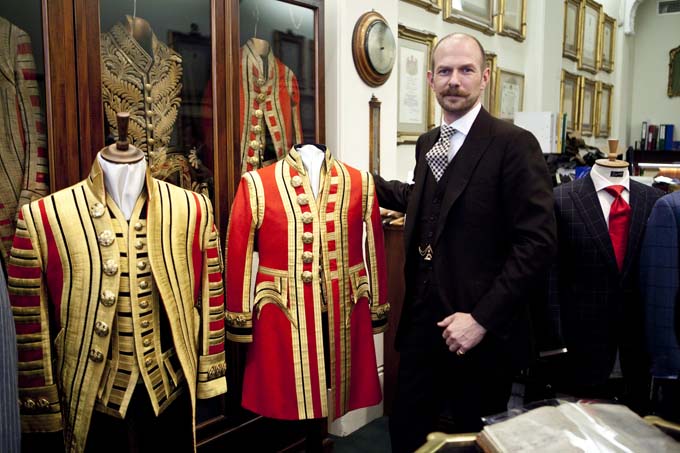 Also on the same day, and in recognition of London Collections: Men, the tailors of Savile Row united with the gentlemen’s requisites houses of the Burlington Arcade to play host to a cocktail reception. This was put on especially for the British fashion industry, international press and the historic houses that have dressed the world’s most elegant men for centuries. Guests were invited to the Burlington Arcade – the world’s grandest and oldest covered shopping street built in 1819 – for a cocktail reception co-hosted by the London Evening Standard.

The evening didn’t leave you short of drinks either; with the Savile Row Collins and Burlington Beadle mixed especially for the event by the Savoy American Bar head Erik Lorincz. Mr Lorincz’s Burlington Beadle cocktail was mixed in honour of the arcade’s guardians for whom Henry Poole & Co has made magnificent new liveries. Shops that participated included: 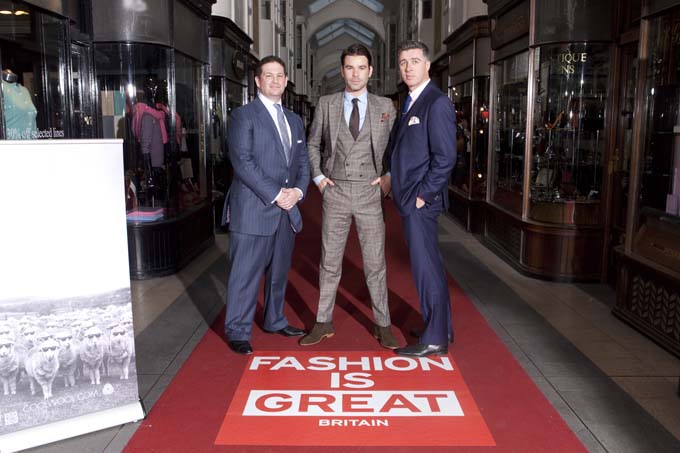 London Collections: Men celebrates the rise of ‘generation Y’ in the world of fashion. Held at St James’s Palace, the fashion shows are the central platform under which the industry is able to showcase and celebrate British men’s fashion and for something that was once was a single day that closed London Fashion Week, men’s fashion is fast becoming an equal establishment. British menswear has always been about mixing tradition with an edge only London streets can provide, and as the weekend proved, where better to celebrate style than the legendary Savile Row and the Burlington Arcade?