Following the success of the 2010 Pratham UK Gala, ARTiculate, which raised over £2.1 million, we are pleased to announce that this yearʼs Gala will take place on Saturday 8th October at The Roundhouse, London, NW1.

Amidst a spectacular setting that pays homage to India, ARTiculate, will feed the senses and the soul and will take guests on an inspiring journey.

Pratham is Indiaʼs leading NGO dedicated to the education of Indiaʼs underprivileged.
Its mission is ʻevery child in school and learning wellʼ. Since its inception in 1994 over 34 million Indian children have benefited from Prathamʼs literacy campaign. Pratham UK, founded in 2003 by a group of volunteers to support the charityʼs vital objectives, works to engage the UK community by holding fundraising and awareness building events throughout the year.
The highlight of which is the ARTiculate gala, an event inspired by art and design. 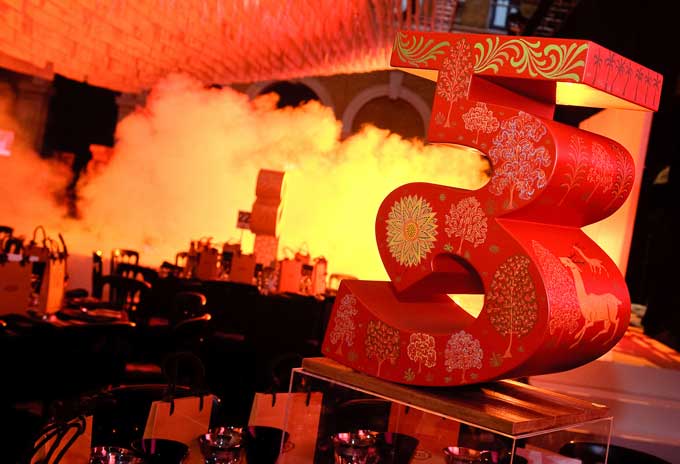 ARTiculate is generously supported by Londonʼs international high networth community, as well as the business elite. 600 guests attended last yearʼs event at Old Billingsgate Market. These included the Mittals, Lord Bilimoria and other leading names from business and society. ARTiculate unveiled the worldʼs largest hand-cut paper chandelier ʻThe Lightʼ which comprised over 12,000 paper screens individually hand painted by over 8,000 children educated through Pratham.

A number of impressive lots were auctioned by star auctioneer Charlie Ross to benefit the charity. They included a 27-litre bottle of one of Italyʼs finest wines, LʼAndrea of Monte Vibiano which raised £55,000, a cameo appearance in director Gurinder Chadhaʼs next film sold for £40,000 and a fabulous sari designed by Manav Gangwani, which along with a Boucheron watch from the Carre collection was auctioned for a staggering £36,000. Also up for auction will be a truly exclusive chance to be the first in the UK to own the much talked-about all-new
Fisker Karma Sedan.

The art inspired event in October 2011 will be influenced by the journey of the Pratham child and will include an art auction, the main Gala auction led by Lord Dalmeny, Deputy Chairman of Sothebyʼs UK, and live entertainment by Talvin Singh. Tables are currently on sale for £75,000, £30,000 and 15,000. Sponsorship opportunities are also available. 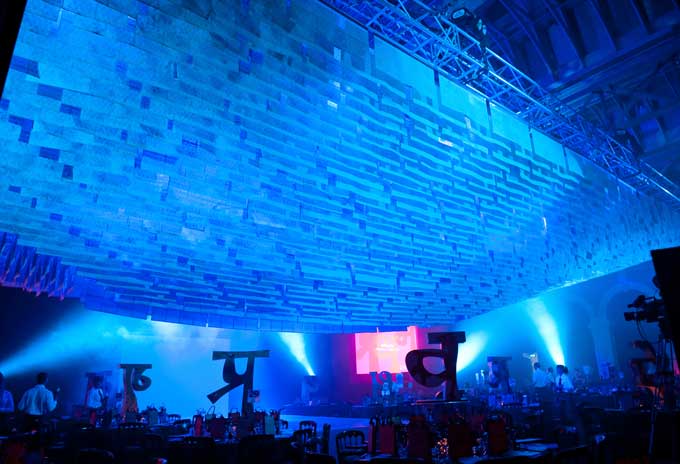 Images from the ARTiculate Pratham Gala 2010