I’m pretty sure that usual non-Lottery players and even the mega-rich, could not resist the prospect of scooping last Tuesday’s Jackpot, which was an absolutely staggering £161,653,000?!

Now whether the lucky winner will ever come forward is yet to be seen, as lets face it, would you want the world to know if you had bagged that much overnight? 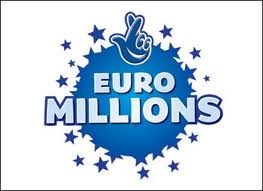 The other thing yet to be seen is whether it was one lucky individual or a company syndicate, but either way it is safe to say that they will be having the time of their life! It may prove rather difficult to track the winner, but if a name is released they will certainly be appearing on next year’s Sunday Times Richlist. Based on today’s assets they will slide in at number 430 in the UK, a few rungs down from the Beckhams but ahead of Ringo Starr, Tom Jones, Eric Clapton and Jamie Oliver to name just a handful.

I am sure you could all have some rather pleasant dreams about what you would do with such a win, but looks like the rest of us will just have to make our own fortunes…. or wait until the next multiple roll-over?