We’re over half way through, and so far London 2012 has proved to be the spectacle of the summer. Permeating every aspect of daily life, there’s no escaping it, and if you’re starting to lose track of what’s gone on – never fear. From the events you weren’t too sure about, to the names you might not have known, CDClifestyle has succinctly rounded up the most crucial of Team GB’s Olympic medal sucess thus far.

In some of our most seasonal sports, Team GB have shined. Equestrian saw Team GB trot into medal territory with a Silver, thanks to the Team Eventing combination of Nicola Wilson, Mary King, Zara Phillips, Kristina Cook and William Fox-Pitt. Today also saw the GB quartet, Nick Skelton, Ben Maher, Scott Brash and Peter Charles, clinch a Gold medal in Showjumping, Britain’s first Olympic Showjumping medal since 1984. Sailing has seen Ben Ainslie become history’s best ever Olympic sailor as he won his fourth Gold in the Men’s Finn, whilst Iain Percy and Andrew Simpson won Silver in the Men’s Star. Perhaps the finest of British sports, Rowing has seen Team GB rack in a total of 9 medals, including four Gold medals. We impressively dominated the Women’s Lightweight Double Skulls thanks to Katherine Copeland and Sophie Hosking, as did Anna Watkins and Katherine Grainger in the Women’s Double Skulls. Helen Glover and Heather Stanning secured another Team GB’s first Gold medal in the Women’s Pair, and in the Men’s Four, Alex Gregory, Peter Reed, Tom James and Andrew Triggs Hodge provided the most spectacular entertainment and emotional finish as they held onto the British world title, watched by Britain’s most successful Olympian, Sir Steve Redgrave. 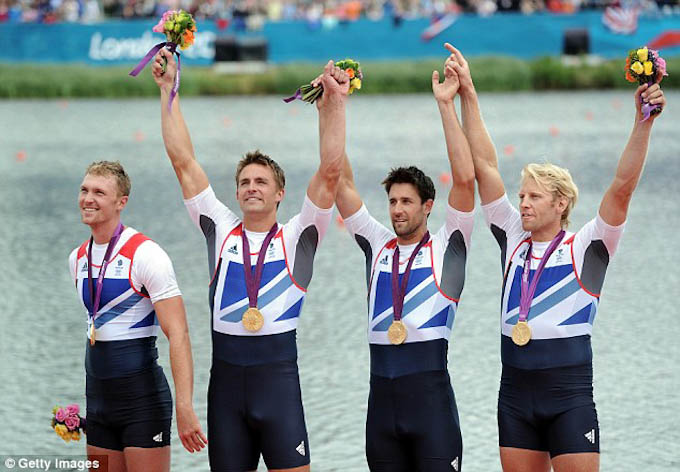 One of the more unheard Olympic sports, Shooting, provided us with a Gold medal under the expertise of Men’s Double Trap champion, Peter Wilson whilst, still in the wake of Wimbledon, Andy Murray defeated Roger Federer and won Gold in the Tennis Men’s Singles. The British champion also won a Silver medal alongside Laura Robsen in the Mixed Doubles. In Cycling, the Men’s Individual Time Trial was dominated by the Brits, with Bradley Wiggins winning Gold and Christopher Froome winning Bronze medals, respectively. In the Women’s Road Race, Lizzie Armitage won Team GB’s first Olympic medal of the Games – a Silver. In Track Cycling, Team GB went on to win another 4 Gold medals and a bronze. 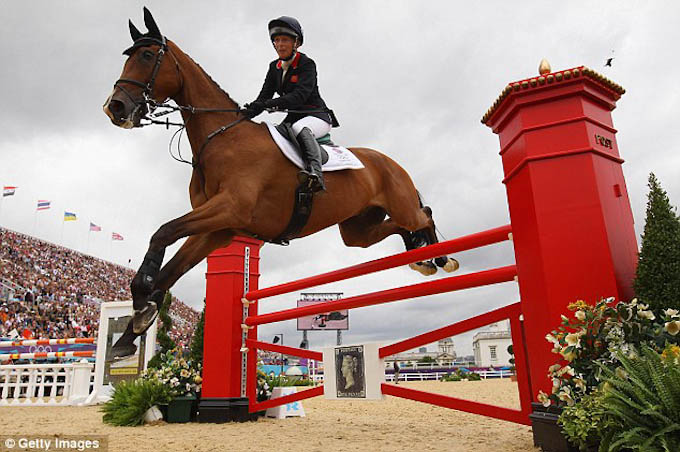 The nation’s sweetheart, Rebecca Adlington, put up a valiant effort in both the Women’s 400m and 800m Freestyle winning a bronze in each, respectively, and in the Men’s 200m Breaststroke Michael Jamieson did the nation proud by winning a Silver medal. Elsewhere, the Men’s Canoe Double podium was commanded by Team GB, with Tim Baillie and Etienne Stott taking Gold, and David Florence and Richard Hounslow taking Silver. The Men’s Gymnastic Team won bronze after narrowly missing out on a Silver medal to Japan, and the Men’s Pommel Horse presented the British with a Silver and Bronze medal.

Moving towards the Athletics Stadium, Team GB have put on, arguably, their most riveting performance yet. Greg Rutherford won Gold in the Men’s Long Jump, whilst Mo Farah sprinted to the finish line to win the Men’s 10,000m. And last but not least, Jessica Ennis fulfilled the country’s high expectations of her by winning Gold in the Heptathlon. With patriotism at an all time high, it truly is a wonderful time to celebrate the sporting genius of our small country. It’s good to be British!

Catch up with the latest Olympic news here: http://www.bbc.co.uk/sport/olympics/2012/medals/countries/great-britain