With the London 2012 Olympics underway, Canary Wharf’s docks are shaping up to resemble the kind scene you would expect to see in Monaco, showcasing a selection of the worlds most expensive superyachts. When it come’s to staying in the capital, forget five star hotels, when Billionaires travel they float their sea-going mansions with them. Now whilst East London may hardly be the typical haunt of the rich and famous, at a cost of £64,000 for two weeks of the Games in mooring fees alone for a 230ft superyacht, it certainly doesn’t come cheap. 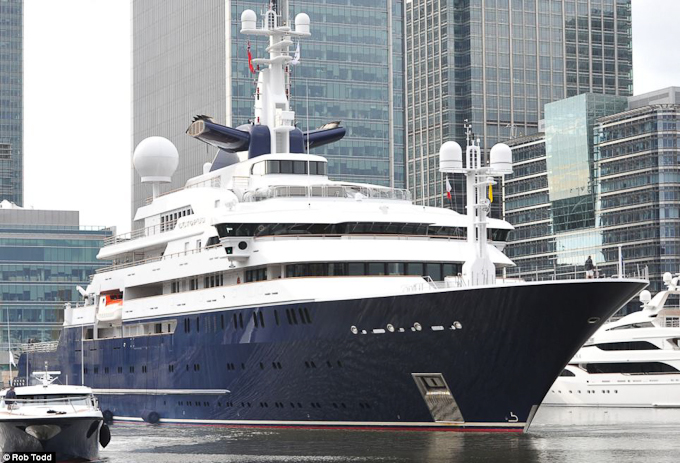 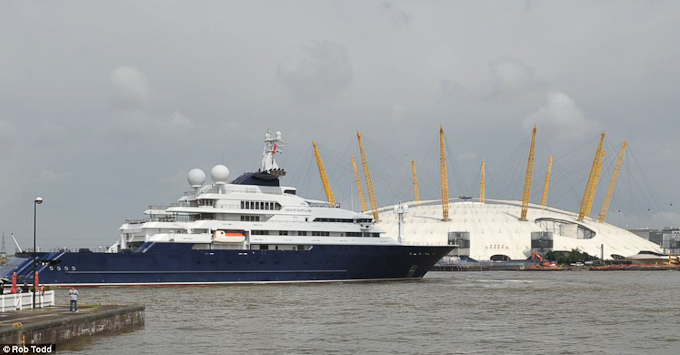 Mooring his superyacht, Octopus (pictured), in Canary Wharf yesterday, Microsoft co-founder Paul Allen arrived in time for the opening ceremony spectacle. None can outdo, though, the vessel that Roman Abromavich is due to moor in the banks of East London. Ever at the pinnacle of the finest luxury money can buy, the features of Abromavich’s beauty, the largest privately owned yacht in the world, include two swimming pools, two helipads, a disco hall, 30 cabins and a cinema, as well as a mini-submarine and even its own missile defence system. With such luxury contained within 227ft, it’s no wonder that the Russian tycoon’s master suite is armour-plated and protected by bullet-proof windows. Other giant luxury vessel owners expected to sail into the city in style include the Greek millionairess Elena Ambrosiadou, NCP car park tycoon Donald Gosling and Frank Lowy of the Westfield shopping centres.

In total, the Thames is expecting up to 100 superyachts to grace its waters, bringing with them teams of security, staff and a brimming schedule of high society parties and events. The banks of the Thames are certainly set to become the place to see and be seen this summer.