Originating from the 17th century, ‘The Season’ was essentially a calendar of social and sporting events to keep the aristocracy entertained between hunting seasons. The Season has very much continued to flourish as a quintessentially British spectacle and certainly a great excuse for high society to raise their champagne flutes and make a toast to good weather and enjoying the finer things in life. The Season still very much plays an important role in the social calendar of any affluent individual and so, we at CDCLifestyle have decided to take a start-to-finish look at the highlights of the 2012 Season and uncover what still remains ahead during this glamorous time of the year. 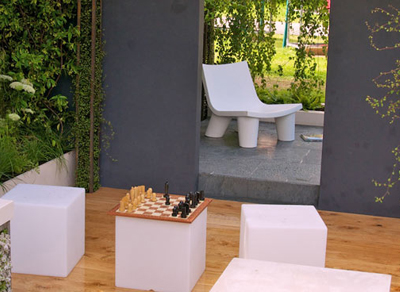 As tradition dictates, The 2012 Season, started with The Chelsea Flower Show which took place in mid-May. Held in the grounds at the Chelsea Royal Hospital and hosted by the Royal Horticultural Society, the show, which has been running since 1913, is a week-long expose of the finest in British horticulture. With gardens sponsored by the likes of Cartier, this is a lavish garden show, with the Monday reserved for the Royal family’s attendance. The leading gardening show in the world, this is a must-attend event for the affluent and garden-proud individual. 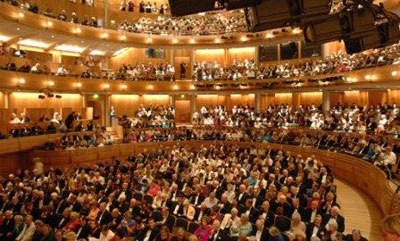 Second to kick of this year’s seasonal events was the Glyndebourne Festival Opera which began on the 20th May and will be taking place until the 26th August . This globally renowned opera has been performed live in other opera houses around the world and screened in cinemas from New York to Tokyo but remains a very English institution. Taking place in the opera house which stands next to the country home of John Christie, who founded it in 1934, the opera attracts audiences from far and wide. An evening meal is provided with certain tickets but many choose to picnic in the garden, sprawling out on rugs in their evening finery. This year the opera features new productions of Le nozze de Figaro, The Cunning Little Vixen and a double bill of L’Heure Espagnole and L’Enfant et les Sortileges. There are also revival productions of La Cenerentola, La Boheme and The Fairy Queen. Festival ticket prices for the 2012 Festival will range from £10- £230. 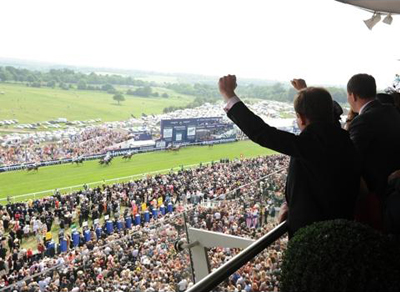 The first of the equestrian events, The Epsom Derby is the next event in the seasonal calendar and is where the Royal Patronage of the season is made explicitly clear. With the Queen and the rest of the Royal family’s love for the world of horse-racing, this is where her presence is most felt. In honour of the Queen’s Diamond Jubilee, which made her appearance at this year’s derby extra special, race-goers cheered as the Queen and the Duke of Edinburgh were driven onto the course. As the Queen emerged from the Royal motorcade, the National anthem was sung beautifully by Welsh opera sensation, Katherine Jenkins. Although, unlike last year, the Queen did not have a horse entered in the derby, her enthusiasm for the event did not wain throughout the day, despite the grey and drizzly conditions. 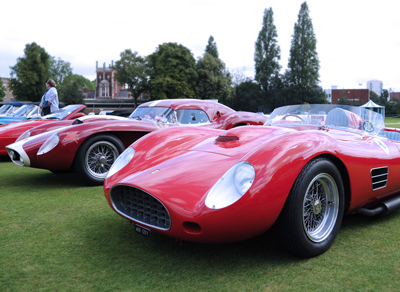 One of the newer events of the Season, The Concours D’Elegance vintage car show is firmly establishing itself as one not to be missed. Held in the stunning grounds at the Hurlingham Club. In essence, the event is an exclusive garden party where attendees are invited to sip champagne and dine in style, whilst viewing the zenith of design in timepieces, cars, yachts, interior design, jewellery, property and aviation. The intimate style of the gathering makes room for plenty of socialising and time to find out about the history behind the exquisite goods. Translated literally from French the title refers to the gathering of prestigious cars. Inspired by the French aristocracy of the 18th century, the event celebrates everything that epitomises prestige design and style, celebrating the exclusive line-up of luxury brands amongst other like-minded connoisseurs. 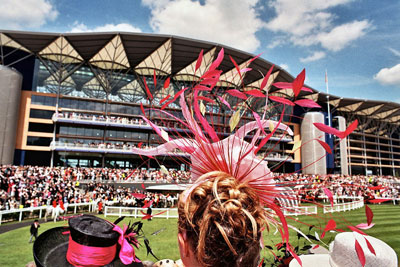 Just finished is one of the season’s most infamous equestrian events, Royal Ascot. Held at Ascot race-course, in the Royal county of Berkshire, this event is as well-known for its dress-code mishaps as it is for the horse racing. This year, however, Ascot took measures to ensure the dresses and hats were not stealing the headlines from the horses by introducing a new, far stricter dress-code which involved the abolishment of fascinators and a below-the-knee hemline rule. Whether these were completely adhered to I’m sure we will see in the news coverage from the event- My bet is the introduction of these rules will only have served to escalate the dress-code analysis in the media. The famous Ladies Day which takes place annually on the Thursday at the event is infamous for attracting the most interesting of the week’s outfits and this year, I’m sure, was no exception. The first race at Ascot was held in 1711 and the Royal Enclosure, introduced by King George IV in 1820-initially for his close friends is the most prestigious place to be- if you can get in. One of the oldest and most high-class (although some would argue it is less so in recent year) events of the season, Ascot is a staple of the British summer social season and is not to be missed. 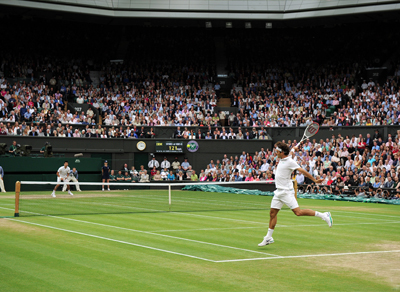 Strawberries and cream mark the start of the next quintessentially British event of the Season: The Wimbledon Tennis Championships. This world-class tennis tournament will be taking place from at the All England Lawn Tennis and Croquet Club from the 25th June to the 8th July. The oldest tennis tournament in the world, Wimbledon began in 1877 and is one of the four ‘Grand Slam’ tennis tournaments. This year’s tournament will see 2011 men’s singles champion, Novak Djovovic return to defend his title against a host of top-seeded players including seven-time French open winner, Rafael Nadal who is tipped to win this year. However, with Djovovic keen for redemption after losing a heartbreaker of a final to Nadal in Paris, we may be in for a treat of a final this year. 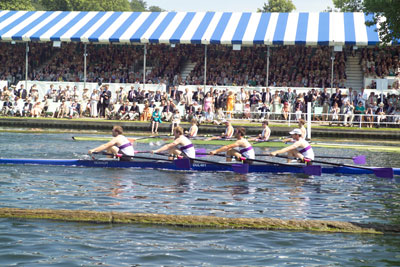 Henley Royal Regatta provides another quintessentially British day out which will take place on 27th June until the 1st of July and the 3rd July to the 7th. First held in 1839, this regatta is another of England’s most long-running social events. In 1851, H.R.H Prince Albert became the first Royal Patron of the boat race in Henley-on-Thames. Hundreds of teams take part in the race which is without doubt, the best-known regatta in the world. The event also attracts thousands of visitors over a 5 day period and spectators will be thrilled by over 200 races of an international standard, including Olympians and crews new to the event. Aside from the racing, there are also various enclosures where visitors can enjoy the fabulous food, drink and entertainment which is laid on to complete the experience of one of the most luxurious social events of the year. 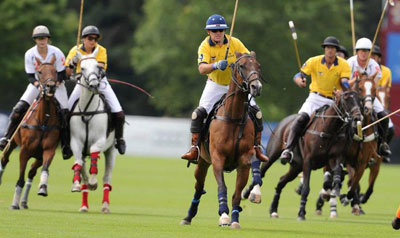 The most luxurious of the season’s equestrian events, this year’s Cartier Queen’s Cup Polo Tournament saw the Queen hand over the trophy to Dubai who triumphed in the final Chukka. Drawing in many a famous face, including Prince Harry’s ex-love, Chelsy Davy and Lady Frederick Windsor, this particular polo event was an exquisitely glamorous affair. And who would expect less from Cartier?- The champagne flowed, as is the standard at the Polo and the Queen was finally whisked away in the Royal Range Rover by her husband, Prince Philip. Cartier, who last year signed a three year deal –beginning in 2012- to sponsor the Queen’s Cup Polo Tournament, definitely put on a lavish and glamorous event enjoyed by all. 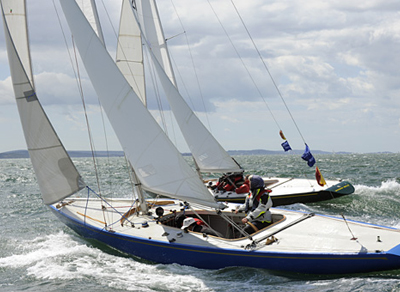 One of the longest-running regular regatta’s in the world, Cowes Week is a much anticipated event in the season’s calendar. Taking place at the Cowes Harbour on the Isle of Wight, this year’s event will be attended by her Majesty the Queen on Wednesday 25th July, as one of her Diamond Jubilee engagements. This is a great honour for the event which began in 1826 and takes place on the Solent, the area of water between Southern England and the Isle of Wight. This year’s event will be taking place from the 10th August – which will act as a practice day – to the 18th.
Signalling the end a series of promenade concerts, starting in the middle of July and ending in the second week of September, and more importantly, the end of social season.

Full ist of events that make up The Season: