Soham For Kids, a charitable school for orphans and severely impoverished children based in Hyderabad, India, held its first fundraiser at patron George Davies’ country estate in the Cotswolds on Saturday, 24th September.

Soham for Kids Fundraiser
Attended by British and Asian society, as well as political and business leaders, it was a glamorous day with Bollywood style entertainment, champagne and lawn games.

Patron Baroness Flather:
“They say that education changes lives, but education is life itself. These children at Soham will have a future now, which would have been impossible without the school.”

A fabulous time was had by all 200 guests, who between them managed to raise over £200,000 through a sensational live auction, hosted by well renowned Sotheby’s auctioneer Harry Dalmeny, a silent auction, and a raffle. A new record was set of £20,000 paid for a case of 1995 Chateau Margaux, and one of the highlights of the day was a pledge of £100,000 by a prominent Indian businessman. Soham’s target for the event was to raise £150,000 for a new school building, a target that was met and exceeded, thanks to the generosity of the guests.

Soham for Kids, a registered UK charity, has managed to attract a high profile Board of Patrons, and a Fundraising Committee for its highly worthy cause. The move reflects the growing status and ambitions of the charity in its mission to permanently break the cycle of poverty, by giving a high quality start in life to children, who would otherwise have few prospects in terms of education or eventual employment.

The Soham For Kids Board of Patrons:

• Ron Ciccone – a distinguished diplomat of the media industry and Managing Director of Turner Broadcasting/CNN in Middle East/Africa for 25 years.
• George Davies – a highly successful serial entrepreneur, dubbed ‘King of the Highstreet’ after founding Next, George at Asda, and Per Una at Marks & Spencer.
• Baroness Flather – the first Asian woman to enter the House of Lords, and widely recognised as a champion against racism, and for human rights.
• Dr Amin Jaffer – International Director of Asian Art at Christie’s, and formerly a curator at the Victoria and Albert Museum for thirteen years.
• Baroness Jenkin – a member of the House of Lords and advisor on numerous boards including the Global Poverty Project, and Working Families Everywhere.
• HH Prince Mohsin Ali Khan of Hyderabad – a tireless worker for tolerance and understanding, including representing India at the 1994 World Peace Conference.
• Lady Renwick – Founder of numerous organisations dedicated to promoting social, political and cultural activities, and a prolific charity fundraiser.
• Deepak Seth – Chairman of PDS Multinational Group and a pioneer of corporate social responsibility in apparel manufacturing, sourcing and distribution.
• Suhel Seth – (no relation) a leading figure of Indian and international business, sitting on boards for Cavendish, RADA, Citibank and Coca-Cola.

The Board of Patrons will support Soham For Kids by raising the profile of the charity, supporting fundraising activities and providing invaluable expertise and guidance in extending the benefits of the charity’s work.

About Soham For Kids
The first event, held this September was aimed at raising funds for a larger school building. Soham For Kids expands each year by taking on a new grade, so the immediate target was for a larger school building to accommodate the steadily growing number of pupils.
Soham For Kids was founded in 2010. The charity aims to build upon the fundamentals of education by considering every aspect of a child’s development right through to young adulthood. The charity takes a holistic approach, providing vital food, clothing and healthcare alongside education. It aims to support the neediest children in the community, ensuring preparedness for the world of work after school, so investment in education results in permanent, positive change. 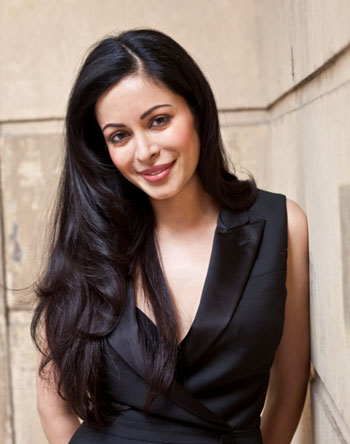 Soham also supports the pupils’ parents and guardians, offering vocational classes for adults, thus helping them to develop work-related skills that can provide additional household income while the children are in education. Thus far sewing classes and English language classes have been instituted.

As the school expands beyond its current site in Hyderabad, the charity is looking further afield with plans for expansion into other regions of South Asia.

Soham For Kids was founded by Faiza Seth, a business leader in the interior design industry who is passionate about education and the benefits it brings to children and adults. Faiza was shortlisted for social and humanitarian awards for her work with Soham For Kids by the AWA Awards 2011, in association with Lloyds Bank Corporate Markets.