Born in Malawi, Louis Mariette grew up in Botswana and Swaziland. With nature as his playground, Louis would spend endless hours exploring the flora and fauna, collecting everything from semi precious stones, seedpods and cactus flowers, to beads and trimmings from local tribes. Travelling as a child Louis experienced the contrasting world and bright lights of London and was especially inspired by its glamorous café society. This, combined with the incredible palette of colours and textures found within the wildlife of Africa, became the central force of Louis’ inspiration and are brought to life through the exotic elegance of his designs today. 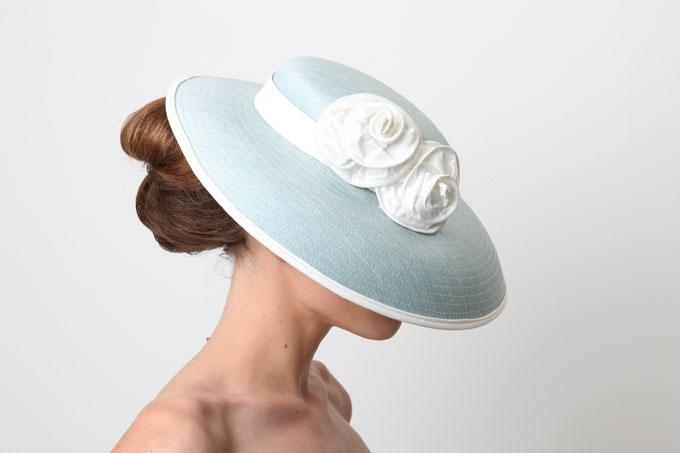 Based at his dream-like atelier in Chelsea, London, Louis is a self-taught milliner and has been breaking boundaries with his designs for eight years. Having previously worked as a party and wedding planner, his first show was in Milan in 2002, commissioned by renowned stylist Michael Dye, which garnered the milliner high praise and recognition. Louis was soon approached by Harrods to design one of his most spectacular creations, the ‘Chapeau d’Amour’, a £1.5 million hat made from a rare weave of platinum fabric studded with diamonds, for their newly refurbished hat department.

Since then Louis’ talent, charisma and joie de vivre has captured the imagination of top stylists and creative directors, with his designs gracing the pages of fashion shoots, adorning the windows of Harrods and Swarovski, exhibiting at the New York public library, decorating the models on Ken Livingstone’s Indian mayoral trip, and making appearances at countless high society events. He has also collaborated with designers such as Manish Arora, Qasimi and Nichole de Carle. 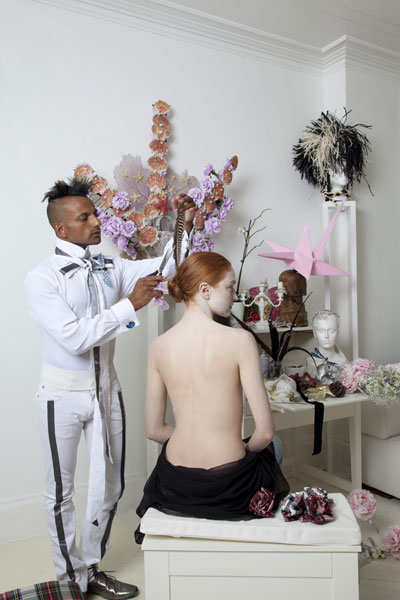 Louis has a discerning eye for detail. In the first few minutes of meeting prospective clients to design individual creations, he will have already envisaged what is appropriate for them and the occasion – whether for Monaco, Ascot, Cartier Polo, the Oscars, weddings, balls, charity galas or cocktail parties. Travelling to every corner of the globe, he sources the most incredible trimmings such as hand-embroidered fabrics, antique embellishments, porcupine quills, feathers, hand dipped painted resin flowers and semi-precious stones. He relishes pushing the boundaries of his craft, describing his style as: “Romantic, elegant, escapist, avant-garde, experimental and free to express as fully as I wish.”