“THE BIGGEST SHOW ON WHEELS!!!”

Le Mans cars and supercars, E-types and Mini Coopers, stars of track and stage, rare cars and rally cars… Chelsea AutoLegends has them all 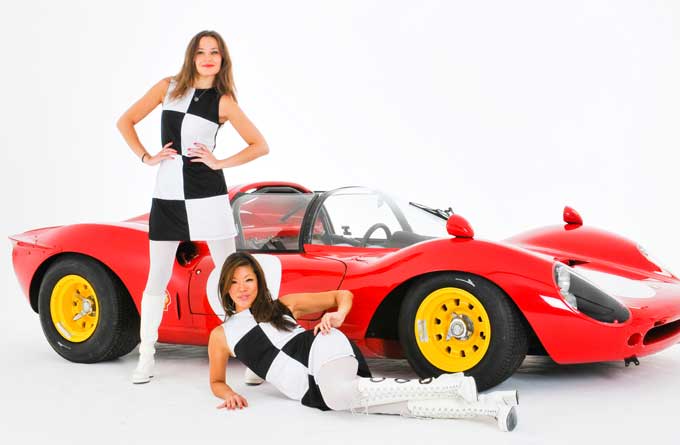 London’s biggest show on wheels is almost here. On Sunday 4 September, the Royal Hospital in Chelsea will host Chelsea AutoLegends, a showcase of automotive excellence that promises displays of some of the most desirable, rare, exciting and historically important cars ever made. Building on the success of last year’s inaugural event, the 2011 edition of Chelsea AutoLegends has even more to see and do.

There are special displays devoted to the iconic Jaguar E-type and Mini Cooper – both celebrating their 50th birthday this year – plus a central display of Le Mans racers and cavalcades of supercars and classic bikes. There will be classic cars owned by members of the public on display, while a host of motor sport personalities will visit the show during the day. There’s plenty for the family, too, with fairground rides, simulators and a couple of famous cars with film star class. Visitors who really want to soak up the atmosphere are encouraged to dig out their kaftans, bell-bottoms, beads and bells and join in with the Swinging Sixties theme, remembering the days when Chelsea’s groovy Kings Road was the hub of global fashion, design and pop music. Chelsea AutoLegends is held in the grounds of the imposing Royal Hospital in Chelsea, and helps to raise funds for the resident Chelsea Pensioners. Gates open at 10am on Sunday and close at 4pm.

Among the highlights are: 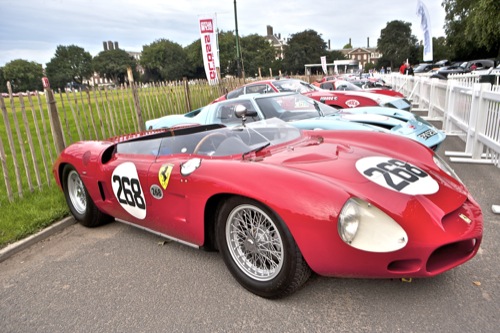 Le Mans: A mouth-watering selection of racing cars that have competed at the most famous race in the world, the Le Mans 24 Hours. The display will chart the history of the event from the Bentleys of the 1920s, through the Jaguar D-types and scarlet Ferraris of the fifties and sixties right up the modern era with high tech prototypes from current pacesetters Aston Martin, Audi and Peugeot. 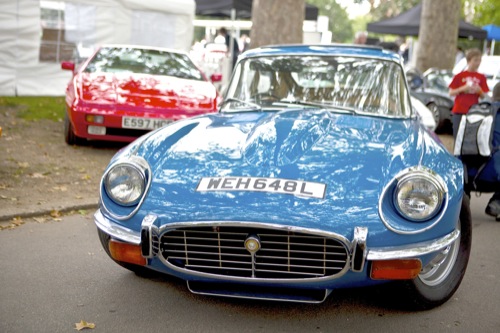 Jaguar E-type: It might be 50 years old, but the E-type still turns heads; but then no less an authority than Enzo Ferrari once called it the most beautiful car in the world. Some of the world’s most important E-types will be at Chelsea AutoLegends, including I VHP, chassis number 1; ECD 400, the first E-type race winner; and 848 CRY, the E-type that featured in The Italian Job movie. 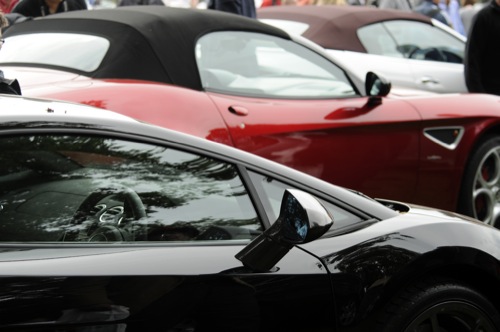 Supercars: New for 2011 is the PistonHeads Supercar Run in association with The Sunday Times. Some of the world’s rarest and most exotic cars will be joining the show after a Sunday morning run through London. McLarens and Moslers will join Lamborghinis and Ferraris, Koenigseggs, Aston Martins and Porsches in a cavalcade leaving the Royal Automobile Club in Pall Mall after breakfast and arriving at the show at around midday. 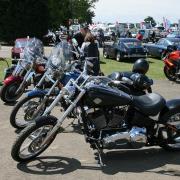 Classic bikes: Bikes and bikers of all shapes and sizes will also be arriving at the show during the morning after a ride from the famous Ace Café on the North Circular. Reflecting military links with the Royal Hospital, the cavalcade will be led by the Royal British Legion Riders Branch and will park up in a dedicated display area of the show. Eight times World Champion Phil Read MBE will be one of the many motor sport stars at the show, too.

The best of the best: That claim is made by Autocar which, earlier this year, celebrated the publication of its 5,000th road test with a poll of the most important tests in the magazine’s long history. The top ten cars will be on display, headed by the 3.8-litre E-type Jaguar fhc registered 9600 HP… the very car the magazine tested 50 years ago. 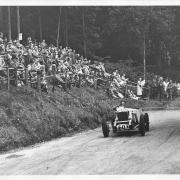 Invicta: Rare supercar from the 1930, the last examples of the Invicta marque were built in Flood Street, not far from the show. In its day, the Invicta was technically advanced, fast and reliable and considered a genuine rival to Bentley. Among the examples on show will be the car that won the 1931 Monte Carlo Rally in the hands of Donald Healey.

Rally cars: Monsters from the Group B era will also be on display. Rally winning cars like the Audi Sport Quattro and Lancia Delta S4 and 037 will be there along with the mind-blowing Metro 6R4 plus other genuine ex-works cars like the Toyota Celica Turbo and the more recent Ford Focus WRC. 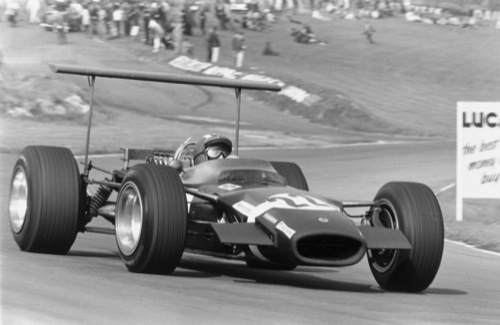 The Patrons: Back in the fifties and sixties, British privateer teams – known as the Patrons – took on the might of the works teams… and often won. A special tribute to Rob Walker, Colonel Ronnie Hoare, Tommy Sopwith and John Coombs will include cars they made famous, such as the 1961 TT-winning Ferrari 250 GT SWB driven by Stirling Moss. A fund-raising dinner will be held in the Great Hall of the Royal Hospital on the eve of the event in aid of the Chelsea Pensioners, attended by Sir Stirling and others with strong historic and family connections.

Mini Cooper: It’s not just the E-type that’s celebrating a 50th birthday this year. The Mini Cooper often humbled much bigger machines on track and rally stage, and among the giant killers on display will be two ‘Monte Carlo’ Minis celebrating the ‘Little Brick’s’ dominance on the event in the 1960s. Monte winner Paddy Hopkirk is another of the motor sport legends who has confirmed his presence.

Track stars: The glory days of 1970s touring car racing will be remembered with a display of Group 1 and Group 2 racers from BMW, Ford and Alfa Romeo, including a 3.0 CSL ‘Batmobile’, a ‘Cologne’ Capri and an Alfa GTam. There’ll also be famous machines from two great British teams of the fifties and sixties: cars (and the renowned transporter) wearing the metallic blue of Ecurie Ecosse and a host of Fords wearing the red and gold of Alan Mann Racing.

Personalities: It’s not all hardware at the show. Some of motor sport’s great names will be on hand to share memories, including event patron Sir Stirling Moss, plus bike legend Phil Read, rallying heroes Paddy Hopkirk and Russell Brooks and Le Mans winner Richard Attwood. TV chef James Martin was one of the many familiar faces seen at last year’s show and he’s returning. Expect some more faces from the world of TV, music and film, too.

Entertainment: Chelsea AutoLegends is a show for the entire family and not just the petrolheads. The organisers have laid on fairground rides and an F1 simulator, plus there’ll be two cars from the world of film – Chitty Chitty Bang Bang and the Pink Panther car. A wide selection of trade stands will be offering everything from Cuban cigars and classic travel to the very latest supercar, while pampering is available for those seeking relaxation. Adding to activities there will be a silent auction raising further funds for the Royal Hospital. There also are food stalls and bars, and plenty of space for visitors to bring their own picnics. 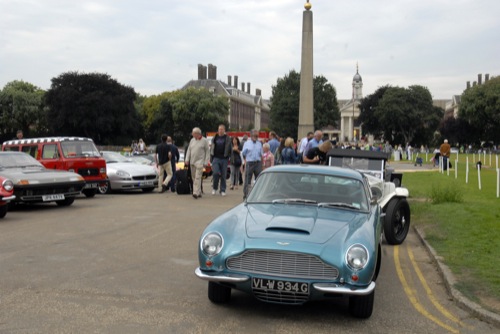 Showground cars: And there’s more. There’ll be classic cars and bikes wherever you look. More than 200 members of the public are bringing along their pride and joy for all to enjoy. Expect Bristols to rub shoulders with BMWs, Ferraris to share turf with Fords, and MGs to mingle with Maseratis. Cars will run from exotics like a 1955 Gullwing Mercedes via rarities like a Swallow Doretti to a humble ‘Only Fools and Horses’ Reliant Regal Supervan.

“Last year’s inaugural Chelsea AutoLegends was a huge success but we have pulled out all the stops to make the 2011 show even better. There’s more to see and more to do with even more cars on show,” said Chelsea AutoLegends chairman, Eric Verdon-Roe.

And the last word should go to one of the greatest names from motorsport, 16-times Grand Prix winner, event patron and long-time Londoner, Sir Stirling Moss. “London is the centre of the world, a place with a real pulse. It is entirely fitting that somewhere as great as our capital has a show as dynamic as Chelsea AutoLegends,” he said.

Tickets: Discounted advance tickets are still available via the event’s website www.ChelseaAutoLegends.com or from the ticket hotline on 0844 581 0760.

Advanced adult tickets are £15 (£20 on the gate) and £10 (£20 on the gate) for 12-16 year-olds.
Underlining the event’s family entertainment values, accompanied children aged under 12 will be admitted free of charge.