Reclining with an air of nonchalance and a glass of Möet is always a lovely way to start the afternoon. Better still: an air of nonchalance, a glass of Möet and an edible rendition of The 12 Days of Christmas carol. Yes. An edible rendition. Sipping and supping in the warmth of the Wellington Room at Park Lane’s Intercontinental hotel, Jodie Jones enjoyed the most British of traditions with the most festive of afternoon teas. 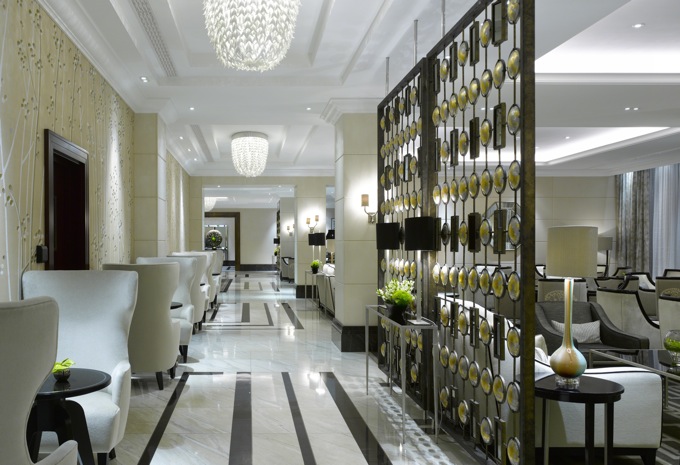 Seemingly unique to our culture and one of the most iconic facets of British heritage, afternoon tea was once the preserve of the wealthy and the few. When Duchess Anna Maria (the wife of the 7th Duke of Bedford) first began privately taking tea in her boudoir with friends, it is quite likely she never dreamed it would become such a symbolic institution, steeped in class, glamour and ultimate indulgence.

Seated comfortably in the deepest of armchairs (N.B no other option suffices when it comes to afternoon tea reclining equipment), a three-tiered tower of sandwiches, cakes and an intriguing little pie graced the table. The menu is at once explained with each deliciously inviting item pertaining to a line from the classic Twelve Days of Christmas carol.

Neglecting its expected chronology, the partridge arrives first. Presented in the form of a delectable puff pastry pie, the partridge element was the star of the savoury show (the selection of sweets delivered its own pièce de résistance). Warm morsels of Mountbatten estate partridge, morel mushroom and foie gras were encased by the lightest pastry and contrastingly complimented by a rich, deep jus. 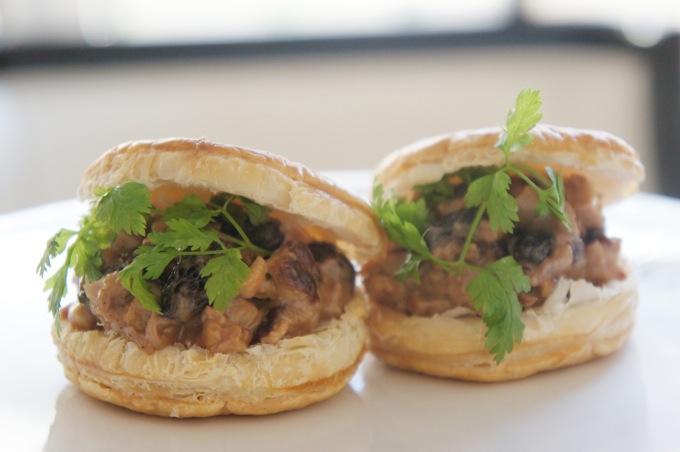 The adherence to the carol was cleverly executed and elusive of cliché. Although still traditional in the sandwich department (with the exception of a divine wood pigeon and squab selection) the courses did not disappoint. However, it was the array of desserts that best kept the festive pace.

An exceedingly rich chocolate torte, rolled in walnut crumbs and finished with an intricate layer of icing and drumsticks played along to the initial line, “12 drummers drumming”. A tiny pot of dairy goodness represented the “8 maids a milking”. Officially called a three milk flan, its almost sickly sweetness was beautifully offset by a sharp cranberry and mandarin compote. My only criticism is that there were not eight…

The prize for technical ability irrefutably goes to the culinary interpretation of “7 swans a swimming”. Choux bun pastry somehow took on the form of an intricate little swan that was almost too good to eat, well almost. Filled with a perfectly aired strawberry mouse it was light and delicately flavoured.

The boldest flavour of all came from the “5 gold rings” which were created from a crisp caramel atop a dense, sweet and truly indulgent treacle tart. Of course the usual tea and scones were also provided, but I opted for a perfectly fluffy cappuccino and the spare scones absconded out onto the streets of London with me in a cute little box for later. 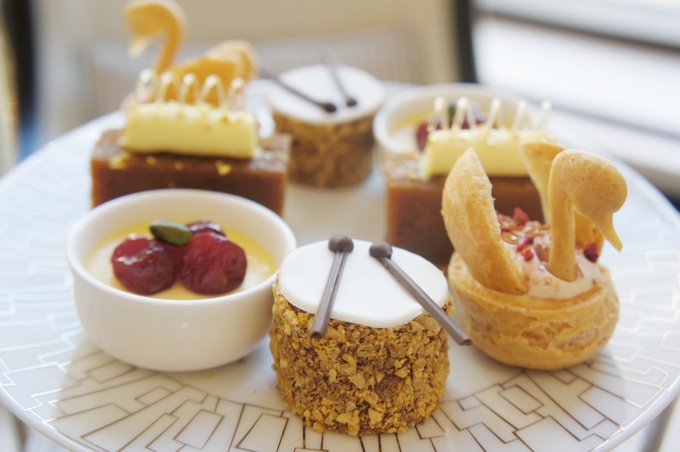 As intrenched in our DNA as turkey for Thanksgiving or putting another shrimp on the ‘barbie’ is elsewhere,  The Intercontinental’s Twevlve Days of Christmas afternoon tea takes a delightfully novel approach to the often platitudinous offerings available elsewhere.