With a record 100 new exhibitors from over 24 countries for this year’s 20th anniversary celebration of the annual Dubai International Boat Show, it clearly demonstrates the event’s significance within the global leisure marine market. The annual event will be showcasing world-class products across the entire spectrum, from superyachts and related luxury supplies & services, to diving equipment and water-sports innovations.

“It is not only the number of new exhibitors at the Dubai International Boat Show which reflects the event’s growing commercial success, but the show’s expanding geographical reach which illustrates its importance in the global leisure marine market and the enormous business potential in the region,” said Trixee Loh, Senior Vice President, Dubai World Trade Centre, organiser of the show.

A total of 750 exhibiting companies and brands from 40 countries will be represented at the show, which runs from 13-17 March 2012 at the Dubai International Marine Club. New exhibitors include Fehrmann, Oldenburger and Piening Propeller from Germany; Milano Teleport and RE-Boat Srl from Italy, Dutch Truster Group and Mave from The Netherlands; Green Marine and Rollins Marine & Caravan Services from the United Kingdom and Abeking & Rasmussen as a part of the SYBAss Pavillion, among many others. 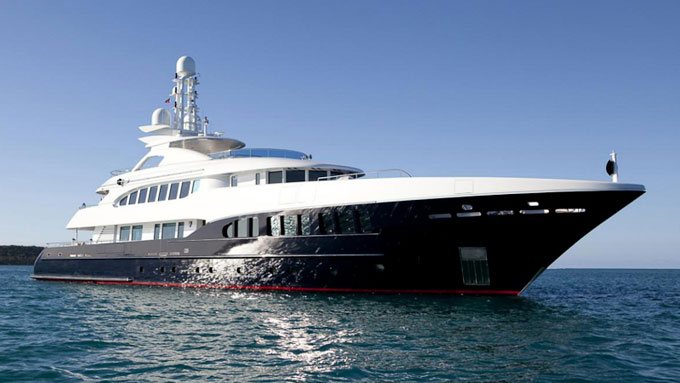 The Dubai International Boat Show brings together many of the yachting and boating world’s most famous and prestigious names. Among these, a record number of 11 Superyacht Builders Association (SYBAss) members, the most respected and exclusive superyacht association globally. Among the prized names, Abeking & Rasmussen, AMELS, Benetti, Feadship, Fincantieri, Heesen Yachts, Lurssen, Oceanco, San Lorenzo, and Trinity Yachts, have all confirmed their participation at the 20th anniversary edition of the show and will showcase their latest yacht models and designs in the dedicated SYBAss Pavillion.

Leading marine equipment companies such as Exalto Emirates, Elcome, Gulf Development Systems, Japan Marine, MTU and Yamaha are also investing heavily in the Dubai International Boat Show due to increased demand from regional boat builders, and the latest international marine technology will be showcased by specialist exhibitors from the national pavillions of Australia, France, Germany, Italy, United Kingdom, Turkey and South Korea among others.

Other key segments of the show include the Superyacht Boulevard, exclusively reserved for the showcasing of superyachts of 25 metres and above; the Marina Display Area, comprising of the largest on-water display in the Middle East; the Luxury Supplies & Services housing the finest luxury boat builders from around the world; and Equipment Supplies & Services, an indoor area filled with exhibitors specialising in products essential to the supply and servicing of the leisure marine industry.

And following on from the hugely successful inaugural Supercar Promenade last year, the finest models on four wheels will be back in force at the show with world class marquees including Bentley, Brabus, McLaren and Mercedes-Benz that will align perfectly with the prestige of the high end boating brands.

Among the key sponsors, the Dubai International Boat Show welcomes back some of the most prestigious names in their respected fields, emphasising both the world class calibre of the exhibitors and the quality of VIP visitors and buyers that attend the show annually. For the third year in a row, Mercedes-Benz is supporting the event as the official show car; one of the world’s most elite watch brands, Officine Panerai also returns for the third consecutive year and leading private jet manufacturer, Bombardier, joins the show along with Abu Dhabi National Insurance Company (ADNIC) as major supporters for the first time.