Back in June of this year we brought you an interview with Lady Yomara Rodriguez Cardenas and Peter Mowland, the founders of the inspiring charity, the Santa Maria Foundation, which supports vulnerable young girls of Colombia. Both Lady and Peter work tirelessly with their team to support the wellbeing of the young girls who have been abandoned, orphaned, abused or deemed to be “at risk”. The emphasis is on young girls because statistically they are the most vulnerable group in society. The Santa Maria Foundation provides their support through two residential homes for over 100 girls in an alliance with the Family Wellbeing Institute and in January this year, the Foundation set up their own school. Having first explored the possibility of setting up an orphanage, they discovered that they didn’t have the infrastructure to do so but also realised what was actually needed. So instead, they set up a school but one that not only takes care of the educational needs of the girls but their emotional and physiological needs as well. 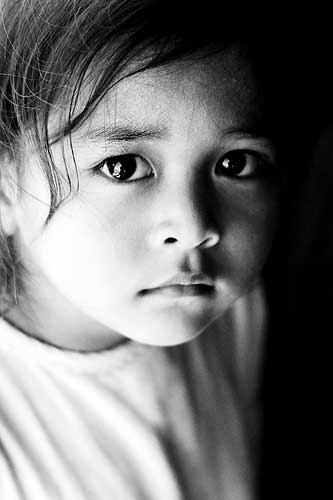 The Santa Maria School is no ordinary school offering an ordinary education; it is something unique, well above what you would normally see. It seeks to elevate the girls through an education in the arts, languages, classical music and culture, raising the standard of their education beyond the norm. Girls in Colombia are not treated as equals. Their fight for equality is so far behind that of women in Western Europe so it is the Foundation’s mission to bring about the change and support these girls, to get the most out of their lives and fulfill their potential.  Many Colombian children only attain primary education so this school gives the girls an education they would not normally benefit from. The girls, aged 3 years and upward, some of whom will have had dreadfully traumatic starts to their lives get a new opportunity. Research shows that early exposure to music enhances development in all areas hence the diverse music and arts curriculum offered. Through this the Santa Maria Foundation aims to give the girls the skills, the confidence, the self-esteem and the high values to make them independent model citizens in their society.

The Santa Maria School has been open nearly a year and in this time they have been able to complete the repairs and refurbishment of the building, set up and equip the Art Room, Music Room, Language Room, Library and find the right staff to nurture and develop the talents of those in their charge. It has been hard work but more is still to be done as Lady and would Peter are working on doubling the school from its current capacity of 60 but that requires a lot more equipment, musical instruments, books and of course the staff to go with it, all of which requires funding.

Raising money for the school through organising events is a challenge, especially in the current economic climate, but a very rewarding one for everyone involved. So far this year they have organised a number of different events, including individual fundraisers from donors but most recently a private screening of the film Prometheus in 3D was held at the exclusive Fox Studio in Soho coupled with a drinks reception and prize raffle.

At the moment they are organising the final event of the year, the Christmas Cocktail Party at 2 & 8, Mayfair’s new nightclub in Mortons, Berkeley Square. This trendy venue brought to us by Marlon Abela, Carlo Carello and Jake Parkinson-Smith was recently launched with a swanky bash attended by London’s party elite, the glamorous likes of Jodie Kidd, Pippa Middleton, Amber Le Bon, Otis Ferry and Ben Goldsmith who partied the night away at the exclusive members only club.

Carlo Carello has been a long time supporter and hero of the Santa Maria Foundation and this will be the 4th time he is hosting the Christmas Cocktail Party. In the past the party was held at the other party hotspot, Boujis, where Carlo was the Marketing Manager before becoming a partner in setting up 2 & 8. Carlo is used to having the pick of London’s glitterati at his venues where the young Royals Princes William and Harry famously partied.

The Cocktail Party on the 21st November promises to be a fabulous party night with live music and great DJ’s. All ticket proceeds plus 10% of the bar will go to the Santa Maria Foundation who are very proud to be able to say that 100% of all money raised goes towards the girls and the school; at present all the administrative costs are personally undertaken by Peter so that the girls receive the maximum benefit possible. Everyone is welcome to buy a ticket and join in the party on the night at the usually members only venue.

Lady and Peter are very grateful to all their supporters and volunteers who have so kindly given up their time and money for this cause. They are always welcome to individuals who would like to fundraise on their behalf, running races, making donations for raffles or anything anyone can think of! There is also the opportunity for a UK student to volunteer at the school in Colombia. Most of all they would love for you to spread the word and as Peter puts it, “I want people to see the logo, see the name, and instantly know who we are and what we do”.

If you would like tickets for the party you can email them on santamaria@hotmail.co.uk. Do go along and support them at this or any future event, there is always something in the pipeline. Look at the pictures, you will know where it is all going and to see the smiles on their faces makes it all the more worthwhile knowing that you are changing the course of their future so very much for the better.