Bajofondo, who have put ‘electrotango’ firmly on the world music map will open and play throughout the tournament, creating a thrilling blend of polo and performances. The matches will see Scotland taking on Ireland and culminate in the titanic clash between IG Index’s England and Argentina, pitting Britain’s finest player, Jamie Morrison against the Royals’ favourite star, Nacho Figueras. 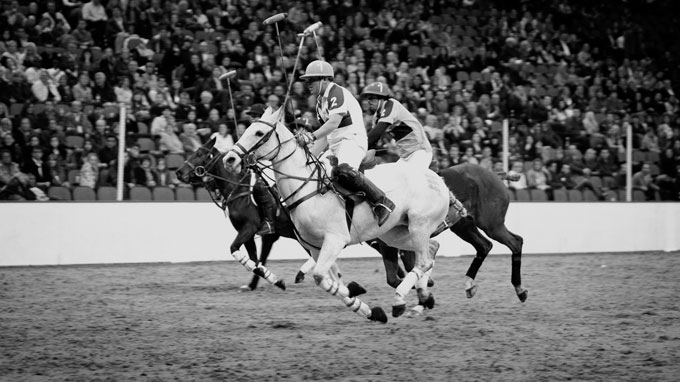 The Gaucho International Polo will be a true Argentine festival, with tastings from some of the country’s finest wine producers, brought to the event by leading authority, Wines of Argentina. There will also be a fun and charitable twist to the event in the form of “The White Jeans Party’. What to wear to polo matches has often been hotly debated amongst the style conscious, but white jeans are winning in the fashion stakes with enthusiasts such as Prince Harry donning them at matches around the world. In keeping with this, every guest who arrives at the event wearing a pair, a pound will be donated to the BFF (British Forces Foundation). 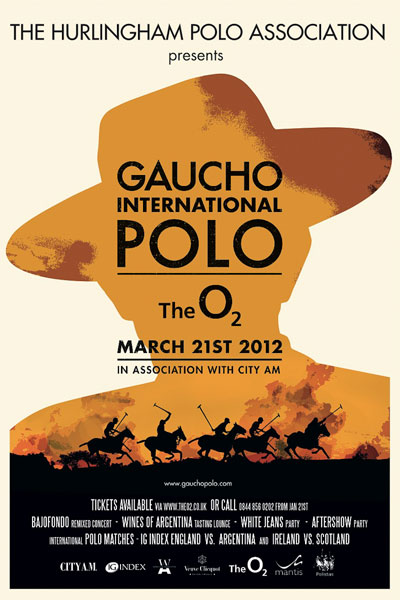 Arena polo is an emerging trend in the polo world and takes place on a smaller pitch with only three players per team rather than the usual four, creating a fast-paced and spectator friendly game. With simpler rules and tickets starting at just £25, it is an accessible way of introducing Londoners to Argentina’s most celebrated sporting tradition.

Combining the bestin Argentine food and wine with the sophisticated glamour of Buenos Aires, Gaucho is now not only the ultimate dining destination but an established ambassador for Argentine culture and sport. Gaucho’s UK Operations Director, Martin Williams sums it:

“Gaucho are delighted to be working with the HPA to create an annual International Polo match at the O2- I hope that it will grow to rival the success of the former ‘HPA Cartier International Polo’. This year we have created what promises to be an amazing Gaucho Polo Party: The Argentine wine tasting lounge and Bajofondo concert are included in the event and all tickets, while the ‘White Jeans’ charity theme and after-parties will keep the event casual and a lot of fun.”